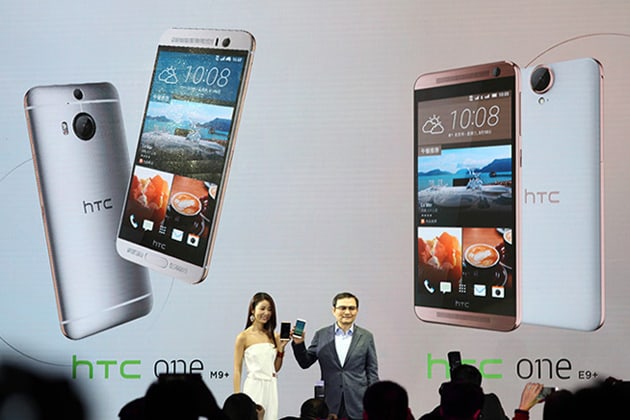 HTC has held the company's "More than One" event in Beijing earlier today and announced two new handsets, the One M9+ and the One E9+. Both of these handsets are high-end offerings by this Taiwan-based smartphone OEM, and both of them have been leaking like crazy over the last couple of weeks, ever since HTC announced their One M9 flagship. We've already covered the announcements of both of these handsets separately, if you'd like to check those out, follow the link above. Both of these handsets feature QuadHD displays (different in size though), 3GB of RAM and BoomSound speakers. Android 5.0 Lollipop comes pre-installed on both of them as well, but there are some differences here. The One M9+, unlike the One E9+, offers a physical home button which doubles as a fingerprint scanner, is made out of aluminum and also offers Duo Camera setup on the back. There are also some differences in specifications, check the announcements if you'd like to know more.

That being said, we're here to talk about the availability of both of these devices. We knew that both of them will launch in China first, but weren't so sure if the One M9+ will be available outside of China. We've confirmed earlier that the One E9+ won't be available outside of China as part of the announcement article, and now we can confirm that the One M9+ will also be available only in China. Here's HTC's full statement regarding One M9+'s availability: "HTC is excited to bring the HTC One M9+ to customers in China, where we have worked closely with mobile operators to create a phone with the right balance of screen size, processor performance, software, and radio network compatibility to meet consumers' needs. Ranging in other markets will be confirmed locally at a later date. The One M9+ is not currently planned to be released in North America or Europe, where we believe our flagship HTC One M9 is the best choice for blazing fast performance, incredible sound, and network compatibility across the broadest range of operators."

As you can see, HTC has no plans of bringing the One M9+ in North America or Europe anytime soon. The company might change their mind if they feel that enough consumers outside of China would love to buy either of these handsets, but that seems highly unlikely at the moment.