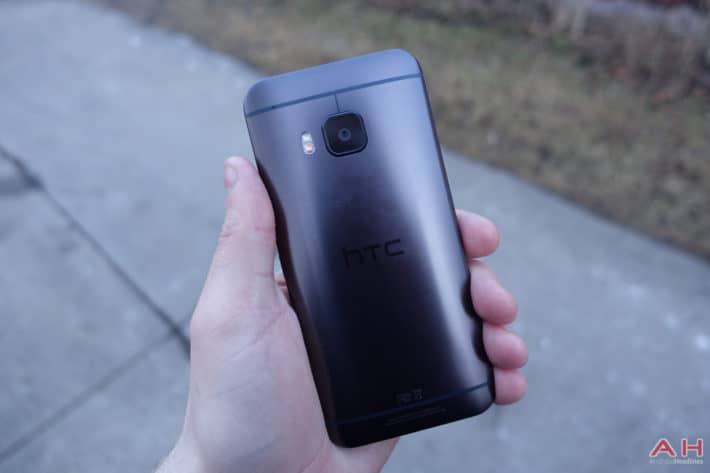 It's finally April 10th. Which means the HTC One M9 is available in stores at AT&T and other retailers. The HTC One M9 was announced back in March at Mobile World Congress in Barcelona. HTC didn't really surprise with the device, but we didn't really need the surprise, as they already had a great device last year and the year before. The HTC One M9 has been up for pre-order for a few weeks now, and some carriers have even shipped theirs out a bit early. Early numbers have told us that the HTC One M9 is selling better than the One M8 was at this time last year, we'll have to wait and see how those pan out further down the road.

The HTC One M9 features a 5-inch 1920 x 1080 resolution display, Qualcomm Snapdragon 810 processor, 3GB of RAM, 32GB of storage with a microSD card slot, 2,840 mAh battery inside, along with a 20-megapixel camera on the back, which we've found to be a pretty darn good camera. Additionally HTC still has the front-facing Boomsound speakers, and Qualcomm helped them out with those this year. Qualcomm introduced their Immersive Audio this year in the Snapdragon 810, and the HTC One M9 is the first to use that technology. And it's definitely worth it.

This year, HTC dropped the UltraPixel camera from the back and added it on the front. They also dropped the duo-camera on the back and sent it to China for the HTC One M9+. Pretty much all the complaints from the One M8 are gone from the One M9 this year. However there is the issue with Qualcomm's processor overheating. While it's not really an issue, it does happen. But don't let that be the reason why you don't pick up the HTC One M9, as you likely won't even notice it getting warm. Unless you run benchmark tests all day long.