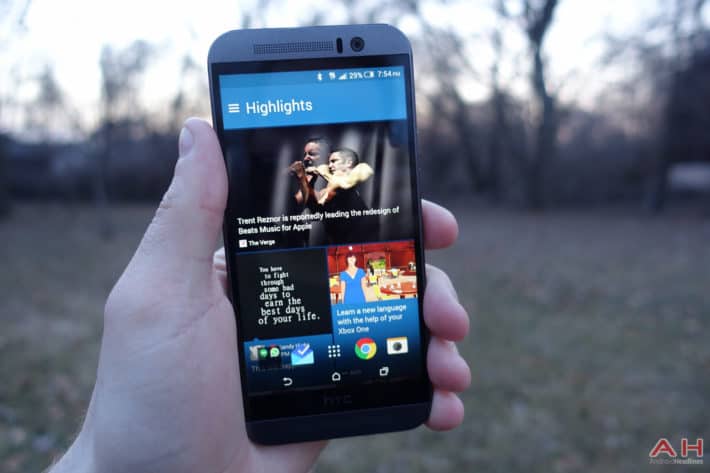 Whichever way you look at it, yesterday was a significant day for the android world. Two of the biggest android manufacturers, Samsung and HTC, both made their latest flagship devices publicly available. These came in the form of the Galaxy S6 and Galaxy S6 Edge for Samsung and the One M9 for HTC. Both devices, come touting the best of current specs and an upgrade from their previous incarnations. That said, with both devices being announced on March 1st and then seeing their global launch yesterday, comparisons between the two, was always going to be inevitable. From HTC's perspective, these comparisons might not have gone as well as they might had hoped. What HTC probably had not expected, was how much excitement would be generated by the release of the twin Galaxy S6 devices. Their premium build and quality instantly seem to be met with approval and then in contrast, the HTC One M9 seemed a lot less of a difference compared to the One M8. As such, when pre-orders for both began, reports started coming that the Galaxy S6 pre-orders were hitting some high numbers. While there did not seem to be any similar reports coming from the HTC camps.

However, it seems HTC might have more of a game plan in their back pocket than had previously been thought. It seems the company has launched a new program dubbed 'HTC Champions' which looks to offer sales professionals the option to buy a brand new, off-contract HTC One M9, at the greatly reduced cost of $299. It is being speculated that HTC might be thinking if they can get their devices in the hands of the people who are in the industry, the perception of the product might improve and therefore also, increasing the likelihood of sales. Most people, at some point, will have walked into a shop (in any industry) and while talking to a sales rep asked them what they use. Well, if you were in a phone shop and after asking the rep, you were to see them pull out a One M9 from their pocket, this might help to persuade you. At least this seems to be logic. Either way, if you are a salesperson in the carrier industry, it does seem that you can pick up a One M9 at the reduced $299 cost.

To make the deal sweeter, the HTC Champions site (source link below) also states that you can sign up for their "HTC One 4 Life" program which will allow you to upgrade to the next HTC flagship device for free. It is worth pointing out that these seems to be a limited time/quantity type deal and if you are interested, you will have to act fast. Click the source link below for more information and to sign up for the program…if you are a salesperson that is. 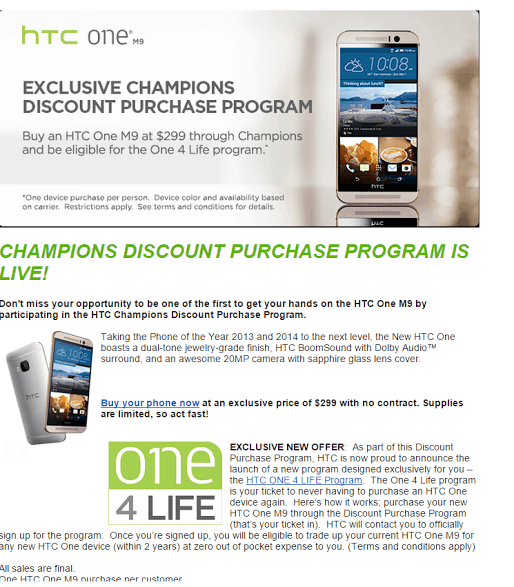