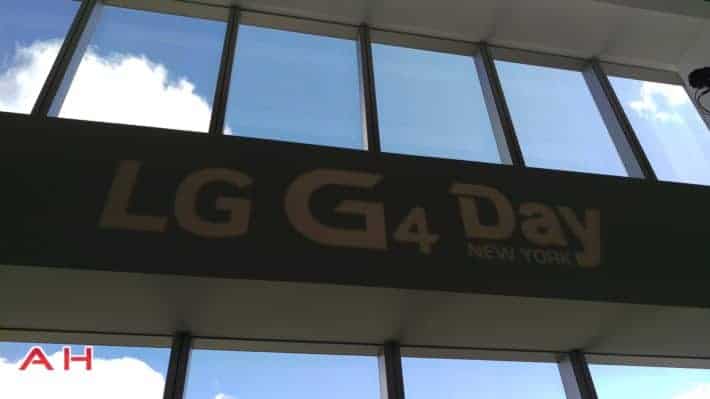 As far as smartphone launches go, the LG G4 has been one of the most anticipated launches of 2015. After the success of the G3, LG has quickly become a big name in the Android arena, and while Samsung's Galaxy S6 and Galaxy S6 Edge have already proven themselves to be excellent devices, we're sure LG is willing to give them a run for their money. We've seen a lot of leaks over the past few weeks, and it's clear that LG hasn't the best time keeping the G4 a secret. The rumors and leaks all point to today's announcement being a refined G3, complete with premium leather backs to drive home the premium look and feel LG is going for this time around.LG is holding two events today, making up LG G4 Day, with events happening in New York and London at the same time. We're in attendance in New York, and will be covering that even live as it happens.

As far as specs are concerned, LG will be back with their Quad HD display, and hopefully this year's display is an improvement over last year's. Pixels aren't everything, and perhaps the G4 will deliver punchy colors and vibrant images along with that pin-sharp clarity. The camera is improved with a 16-megapixel sensor and some very interesting camera software we're all waiting to hear more about. We've got a live blog of the event happening on the site which you can keep checking back with, but if you're interested in following along live, LG hasn't been as forthcoming as last year. You can either watch the London event live on LG's website here, or watch CNet's sponsored stream of the event in New York.