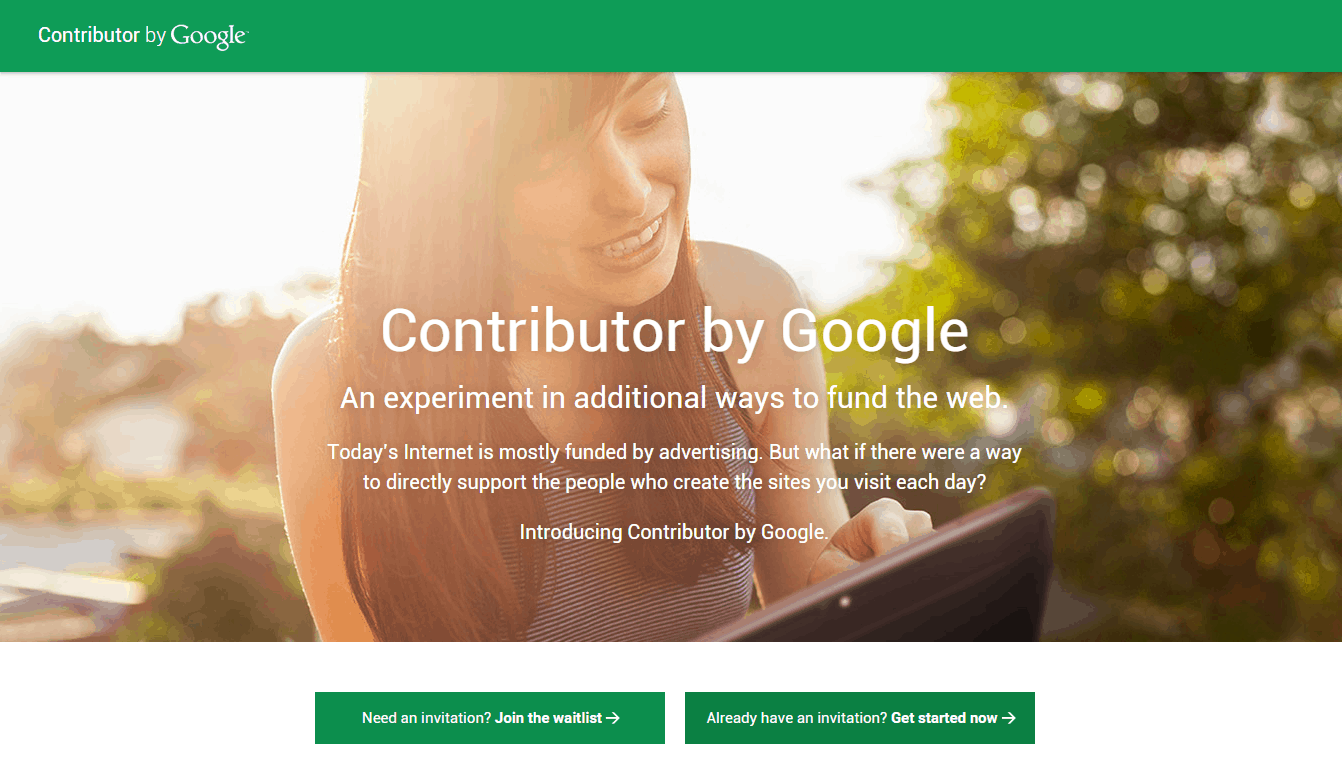 When Google announced and launched a new service called Contributor last year, it opened up the possibilities for people being able to browse the web without seeing as many ads. Some people see ads on web pages as an annoyance or an intrusive action, but they’re a necessary evil one might say as they help fund the content that is enjoyed online every day for free. Typically, if you have a webpage without ads, it’s very likely a subscription-based site, where the funds from sub fees take the place of the revenue gained by ads. Google Contributor while not fully rolled out will be a new way for people to help “contribute” to sites by implementing a subscription fee, which can fund those sites and help them continue to deliver great content, allowing users to also deal with less ads.

Now Contributor won’t necessarily remove all ads, and the way Google has it set up breaks the options down into three separate tiers, each which lets users see a specific percentage of less ads than normal. As this is a Google program, it reportedly only deals with AdSense ads, but for the low monthly cost which ranges from $2 to $10 a month, users can browse websites with less ads than without being a member of Google Contributor.

The prices are set at $2, $5, and $10 a month, which lets users see anywhere from 5%-15%, 15%-25%, or 25%-50% less ads respectively. At the moment Google is only letting people in on Contributor though an invite system much like they have going for Inbox by Google, and as of today it seems they’re sending out more invites to potential users. Along with the new round of invites going out Google has also slightly raised the prices for each tier which were previously set at $1, $2, and $3 a month, and as more sites sign on in the future to participate it’s entirely possible that the pricing tiers could raise to newer prices albeit while letting users see even fewer ads than they do now. According to Google the reason or the price increase is in part because they have millions of new online publications participating in the program compared to last year.