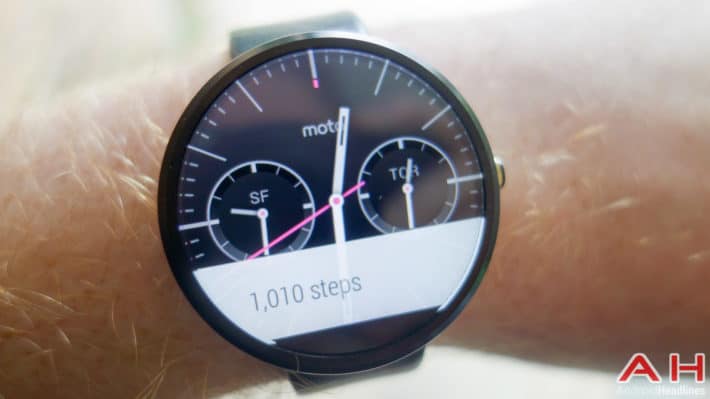 Over the best part of the last year, Google has been working hard to cement and establish its smartwear platform, Android Wear. The platform unifies smartwatch devices from different manufacturers, in the same way that android does for mobile devices, from different manufacturers. As such, essentially offering customers a similar experience, regardless of which manufacture and hardware they prefer to opt for. That said, one traditional manufacturer will be largely exempt from the Android Wear platform, in spite of releasing one of the year's most headlined smartwatches. This is of course, Apple and their recently announced, Apple Watch.

However, over the last few weeks there have been a number of unofficial videos coming through from third party developers showing that Android Wear, as a platform does have the potential to work with Apple products. Specifically, receiving notifications and the likes, from an iPhone on Android Wear devices. Well, the latest rumors making the rounds is that this compatibility with Apple products may be far more close to being officially announced. The Verge (source link below) are reporting that sources "close to the development team" are advising that not only are Google working on this cross platform compatibility, but they are also "close to finishing the final technical details". Meaning, an official version of Android Wear for iOS, might not be that far away from being unveiled.

Interestingly, when The Verge reached out to Google for a comment on the matter, their response "nothing to announce at this time" does further suggest that an announcement may come at a later time. At the very least, the Google response does further seem to confirm that the application is in the works. For those that follow the news, they will know that this is not actually the first time the idea of Google working on this cross-platform compatibility has been noted. Over a month ago, a similar report made the headlines also confirming that Google are working on the platform. Although, the difference here, is that it seems if the sources are correct, the platform is now very near to reaching the development finishing line. Of course, whether Apple welcome such an application into the iOS store is a completely different story.