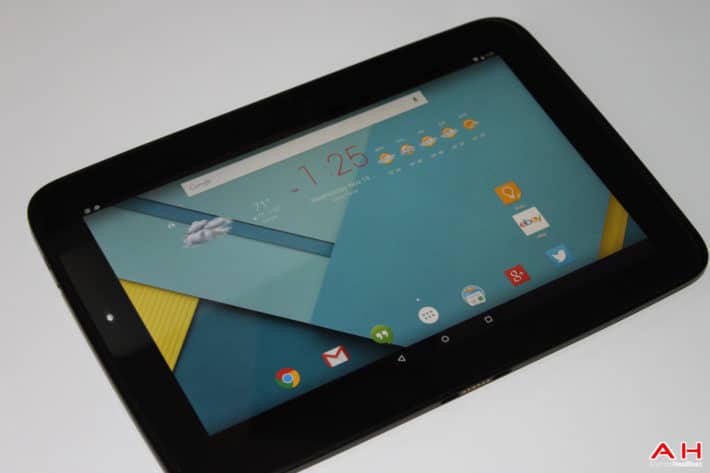 Android 5.1.1 has made its way to at least a handful of devices at this point, and apparently as of this afternoon the Nexus 10 tablet from 2013 appears to be joining those that already have this version of the Android operating system installed. The update is rather small, weighing in at nearly 14MB in file size, which clearly points out that there isn't much to this update. Even though there are really no new features to write home about in this software release, it's still something that was needed to squash a few bugs that have likely been plaguing some users of the tablet.

With this update heading out to owners of the 2013 device, users should be expecting to receive the update themselves sometime between now and the next few days, although there is no way of telling how long it will take for each person individually. Some users may see the update show up today, others may not see it till around this weekend or the first couple of days of next week. Perhaps all users will get it today. The point is if you have a Nexus 10 and are still on Android 5.1, be prepared to get a tiny version bump. This brings the Nexus 10 up to what is probably build version LMY47V for those who are interested in knowing.

Since this is an over-the-air update that appears to be making its way out to users, people will have to wait until either the OTA hits their tablets on its own or until someone posts a link to download the OTA file for installing manually. Once the OTA link is available to download and flash, if you choose to go this route be aware of the steps you'll need to take in order to complete the install process this way as it's not as clear cut as simply tapping the download link from your status bar. If there are any Nexus 10 users out there having minor bug problems, hopefully this update will help to bring some of or all of those issues to a swift end. As a side note, you can always check manually to see if the software is available to you as an OTA by heading into the settings menu/about phone section, then tapping on the software update button.