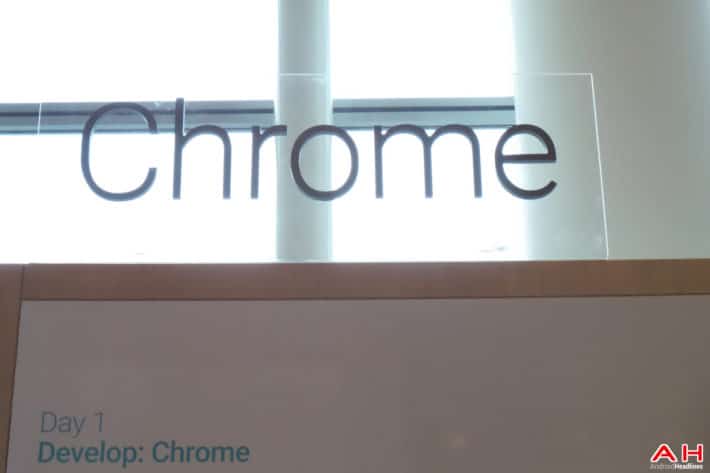 While we might be talking about the Desktop version of Chrome here, for Mac, Linux and of course Windows PCs there's a very good chance you use it on a daily basis. It is, after all one of the most popular web browsers in the whole world.Google has quickly built Chrome up from just a slick and speedy browser to something that does pretty much everything, there's even a Chrome OS style mode for Windows 8 PCs. Each new release of Chrome – of which there are many each year now – adds a little more polish and brings a few more features. This latest release, Version 42 (or 42.0.2311.90 for those pedantic types) adds an interesting feature this time around; push notifications.

These push notifications work pretty much like you think they do; they're akin to those used in mobile devices. Chrome already has notifications, adding a bell to your tray that shows off notifications like Google Now reminders and more. Now, with the new Push Notification API, websites will be able to send you notifications even if you don't have the page open. There's a lot of potential here, like when you've been outbid on eBay or when you've received a message of some sort. The obvious goal here is to make the web feel more like a mobile platform, giving users the same sort of convenient notifications that they've become used to on Android.

The Google Chrome Release blog has the nitty gritty on the bugs fixed and such, as well as a nod to the Hitchhiker's Guide to the Galaxy in the short release blurb. This release already seems a little snappier, and we're sure that Chromebooks will be getting the new update very shortly which will be nice as Chrome OS is getting more support for Android apps and the new Push Notifications will blend in nicely. Google has been steadily making Chrome more and more a do-it-all browser and platform, and considering it's available on pretty much everything worth owning, it won't be long before everyone is using Google Chrome.