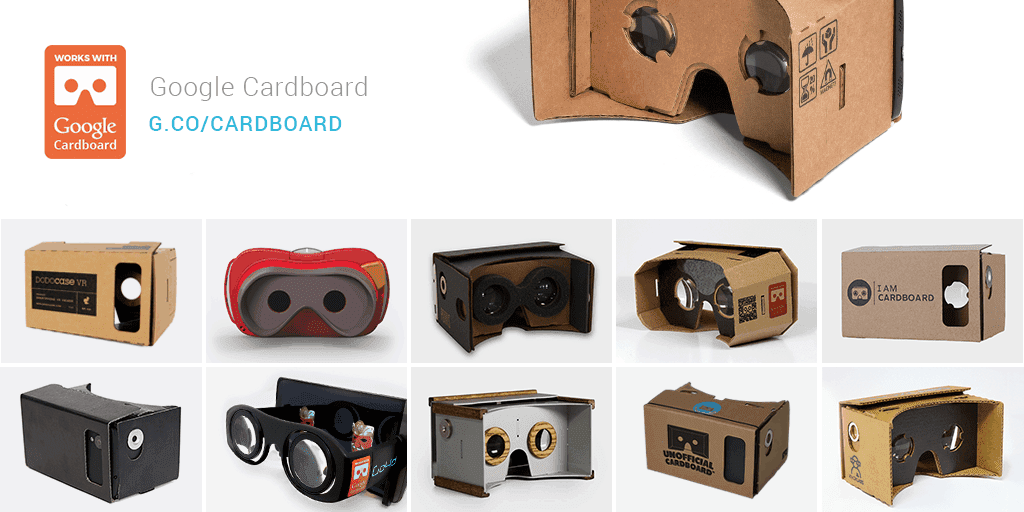 While Google may not have been the first to tackle the personal VR unit that would be accessible to consumers, they certainly helped things along in a big way by not only making their device inexpensive, they made it completely open source and available for developers so that they could show what is possible with VR technology and get the development process started. This is Google Cardboard, the relatively simple looking virtual reality headset that one could either buy pre-made or put together themselves after purchasing the correct materials and following the template Google provided from the very first day of its announcement, and now there are tons of Cardboard viewers from different manufacturers that you can purchase.

Google states that their development and hard work on the VR space didn't stop when they unleashed Cardboard to the world last Summer, and that they've been continuing to work with the technology to develop tools that developers and manufacturers could work with to better the VR environment with new and innovative offerings. As part of this ongoing initiative, Google has announced today that they are launching a new program to help advance the world of VR and make the technology more compatible, called Works with Google Cardboard. The main focus behind this new program is to make it possible for all cardboard apps to work with any available cardboard viewer on the market. This is a respectable goal given that there is now hundreds of different cardboard apps and many cardboard viewers.

How is Google planning on making it possible to widen compatibility? They're answering that question with a new set of compatibility tools and certification badges for manufacturers of Cardboard viewers, and the process for optimizing VR apps couldn't be more simple. For makers, all that's needed is to configure the specifics of their unique Cardboard viewer with things like input type, and focal length, and Google's new tool will spit back a QR code that can be applied to the viewer, which users can scan with the Google Cardboard app. This process allows any future VR apps to be optimized to the Cardboard viewer from then on. To help customers know that a specific Cardboard viewer works great with all or most VR applications, Google has come up with the certification badge which makers can apply for, and both the new tools and the certification badges can be accessed by going to the Cardboard website.

From the developer side of things, Google is setting up new design guidelines for VR apps so that developers will have a better grasp on some of the drawbacks of VR apps in their current state as well as usability so that they can work to build a better overall VR app experience. Google has also put out a new Cardboard SDK tool for both Android and Unity, which has some improvements in the way of headtracking and drift correction. Of course, both of these new SDK's have been made compatible with the new Works with Google Cardboard program. For the viewers, Google is looking to continue enhancing the experience with even more apps, and perhaps the cherry on top, is that they want to introduce immersive audio, which they have brought on the team from Thrive Engineering to take on. VR still has plenty of room to grow, and these new changes will help to make that growth a reality.