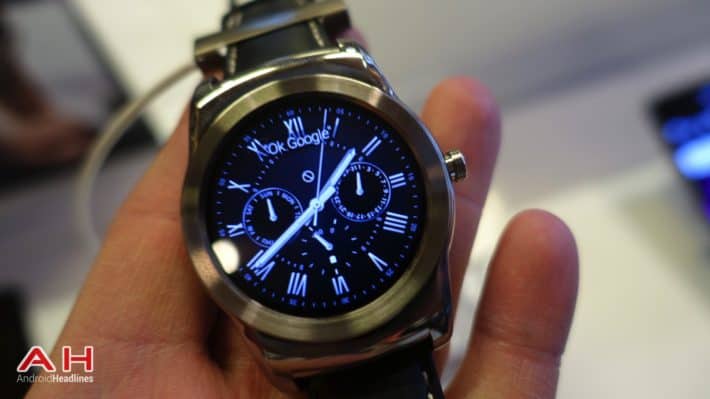 Today, Google announced a pretty large update to Android Wear, which should be rolling out soon. Google says that the update will be hitting all seven Android Wear smartwatches in the coming weeks. Starting with the LG Watch Urbane. It'll also be coming to the LG G Watch, G Watch R, Moto 360, Samsung Gear Live, ASUS Zenwatch, and the Sony Smartwatch 3. The update brings along WiFi, which we had heard for a while we'd be seeing on Android Wear. So now, as long as your watch is connected to WiFi, and your phone has a data connection, you'll be able to get notifications, send messages and much more. They don't need to be on the same WiFi network, which is a pretty big deal.

Google is also announcing always-on display and always-on apps. Most smartwatches already include Always-on Display, so that's not really new, but they are expanding that to apps now as well. So they will be visible as long as you need them to. Instead of disappearing when your watch goes to sleep. Similar to always-on for the display, always-on apps stay full color when you are looking at them, and then fades to black and white. That way it'll at least save you some battery life.

We also have a new app launcher in this new version of Android Wear. Which looks to be much more user friendly. Your apps are now just a tap away. Just tap the screen and you'll see all of your apps. You can also just flick your wrist to scroll through the stream. You can also draw hundreds of emojis on the watch to be sent as a message. Which is pretty sweet.

As we stated earlier, this update will be rolling out in the next few weeks via OTA to all seven Android Wear smartwatches. The first being the LG Watch Urbane, which we still don't have a release date on, but it shouldn't be too far out. The Huawei watch isn't included, as we really have no idea when that smartwatch will be available. Although we are hoping it's sooner rather than later.

Advertisement
Advertisement
Trusted By Millions
Independent, Expert Android News You Can Trust, Since 2010
Publishing More Android Than Anyone Else
28
Today
28
This Week
29
This Month
4794
This Year
106271
All Time
Advertisement