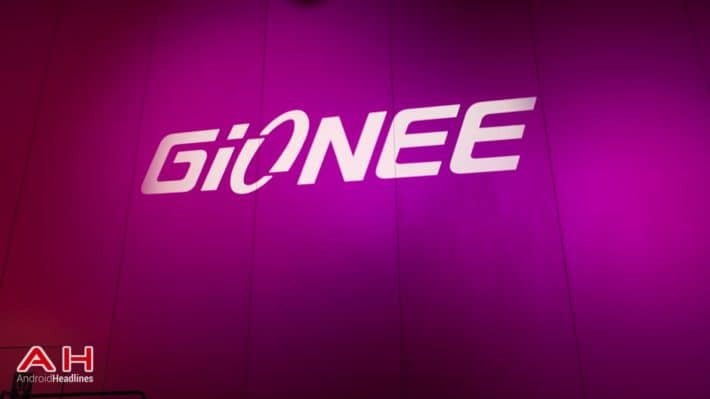 Gionee is one of many China-based smartphone OEMs. This company is well-known for their Elife S5.1 handset which launched back in September last year. The Elife S5.1 was the thinnest smartphone in the world when it launched and that was a rather solid mid-range device. Anyhow, Gionee has launched another solid mid-ranger during the Mobile World Congress (MWC) in Barcelona last month, the Elife S7. This handset has been available in China for some time now and it has also launched in India earlier this month.

That being said, another Gionee-branded device surfaced recently on GFXBench, the Gionee GN9008. Unlike Gionee's previous offerings, this seems to be a high-end flagship device, let's check out its specs. According to the listing, this device will feature a 4.6-inch QuadHD (2560 x 1440) display along with 3GB of RAM and 32GB of internal storage. MediaTek's MT6795 64-bit octa-core processor clocked at 1.9GHz will power on this device along with the PowerVR Rogue G6200 GPU for graphics. Interesting enough, the GFXBench listing says that the device will sport a 23-megapixel camera on the back, and a 7-megapixel snapper up front. We're somewhat sure that the 8-megapixel sensor will be located up front, and not the 7-megapixel one (common mixup in benchmark listings). The 23-megapixel snapper seems rather interesting and odd though. One thing is for sure, this thing will have a flash next to it, which is logical and confirmed in the listing as well. Android 5.0 Lollipop will come pre-installed on this device with Gionee's skin on top of it.

There you have it folks, it seems like Gionee is preparing to launch their new flagship soon. What will this device be called? Well, this might be the Gionee E8 that was mentioned in a rumor a while back. That's just an educated guess though, so take it with a pinch of salt. Either way, this listing confirms that this China-based company is preparing to release a really well-specced flagship. We'll hopefully get some more info soon, but according to some previous info, this device might launch in June. Either way, stay tuned. 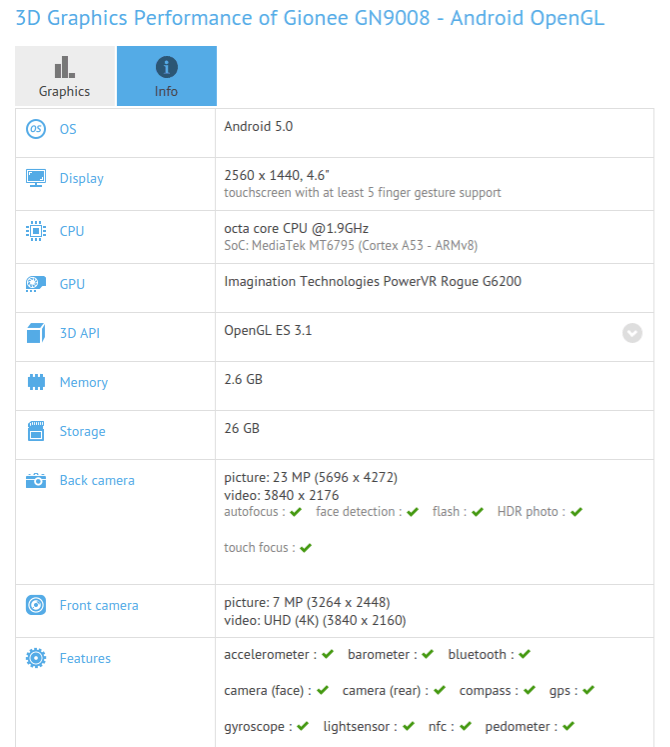