That being said, SquareTrade has released yet another video, a more detailed one this time testing both of Samsung’s flagships along with some additional devices. The company has tested the Galaxy S6 and Galaxy S6 Edge in various way, and in order to get the big picture they did the same with the Galaxy S5, iPhone 6 and iPhone 6 Plus. The company has put these handsets through various tests, they’ve tried to bend them, drop them a number of times, dunk them below water and slide them over a tablet top. The Galaxy S6 actually managed to survive all of this with flying colors and is the winner of this test, if we can call it that.

The Galaxy S6 actually managed to get through the bend test like a champ and basically bounded back to its natural shape without any consequences. The Galaxy S6 Edge’s screen actually broke at that very same test, and the iPhone 6 and iPhone 6 Plus didn’t do all that well. The iPhone 6 remained bent, and the iPhone 6 Plus broke near the volume buttons. Both Galaxy S6 phones survived six drops from six feet high without breaking or anything of the sort, while the Galaxy S5’s back separated every time, the phone survived though. The iPhone 6 Plus, however, didn’t do all that well. It broke apart and died 30 minutes after the test.

It seems like the Gorilla Glass 4 actually help Samsung’s flagships a whole lot, and the metal construction is really sturdy. Additionally, the Galaxy S6 flagships were the most slippery in Square Trade’s tests, and all phones managed to survive being dunked under water for 10 seconds. If you’d like to see all these tests and more, check out the embedded video below the article. 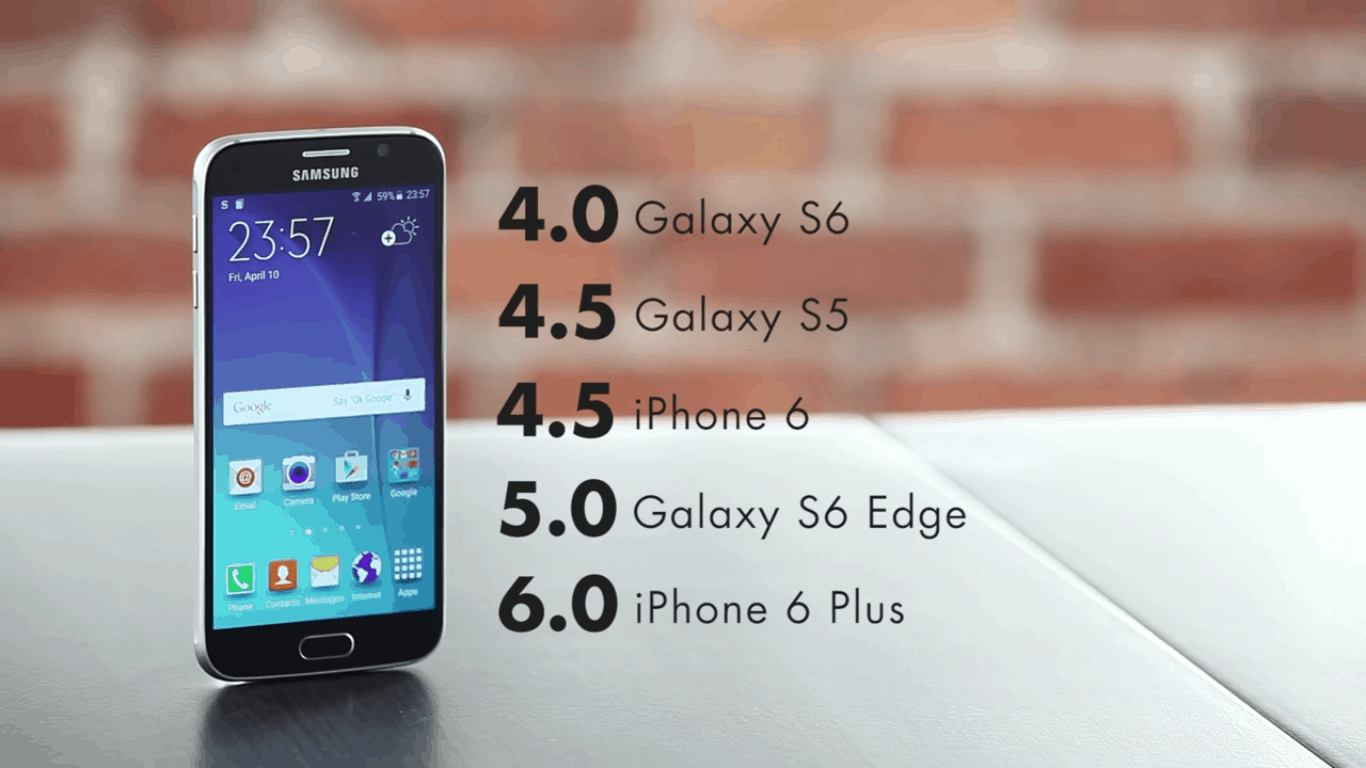