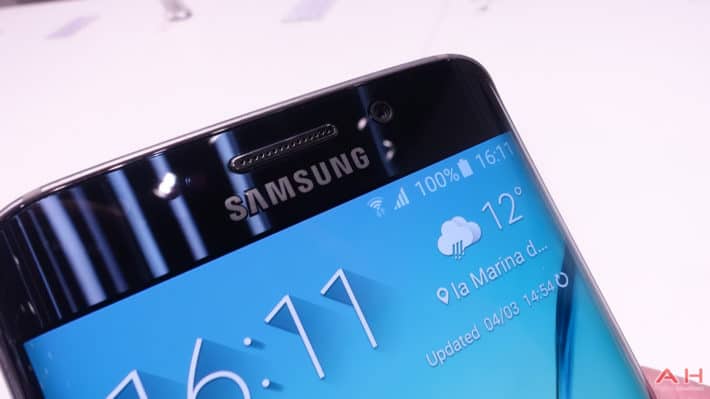 These days, when a new product is released, there's one thing that's sure to garner a lot of attention online; an unboxing video. Us tech fans well, we're sort of perverts when it comes to removing smartphones, tablets, games, smartwatches, accessories or whatever else out of their packaging. Unboxing videos are good fun, after all the retail experience is a big part of spending hundreds of dollars on something. Samsung knows this only too well, so this year they're doing something a little different with the Galaxy S6 Edge. Instead of putting together a video of unwrapping the Galaxy S6 Edge, they're doing exactly the opposite.

Samsung Tomorrow have prepared a YouTube video of an Inboxing of the Galaxy S6 Edge. Which is pretty much exactly what you think it is; instead of taking the device out the box, they put it in the box. More than that however, this is an interesting look at how the Galaxy S6 Edge is actually put together. Starting with the display and the fingerprint sensor, then moving on to the main board and completed assembly, the video gives us a quick look at what goes into putting all that technology into such a neat package. Samsung's packaging doesn't look to have changed much, but when their primary concern is something that's environmentally friendly it's going to be too exciting, and considering the amount of packaging we waste each year, it's good that Samsung continue to pay attention to this sort of thing.

The Galaxy S6 Edge features all the same specs that the Galaxy S6 does, but those edges on either side of the display make for something really special, and it's definitely different to all other flagships out there. The video is embedded below, and don't forget that tomorrow is the day that the Galaxy S6 and Galaxy S6 Edge go on sale throughout much of the globe. We'll have posts to help you get it from your favorite network, and we'll have a review ready shortly. For now though, take a look at the Inboxing below.