These days it seems like it's easier than ever before to get in shape, or stay in shape. There are all sorts of apps out there to help you lose weight, follow a program and so on, however those really into their running need a specific feature set. It's not enough to track steps, and it's not enough to play the right playlist. These are the Top 10 apps that will help runners achieve their goals and repeat that perfect route they discovered one day. Read on to see if there's an app here for you. 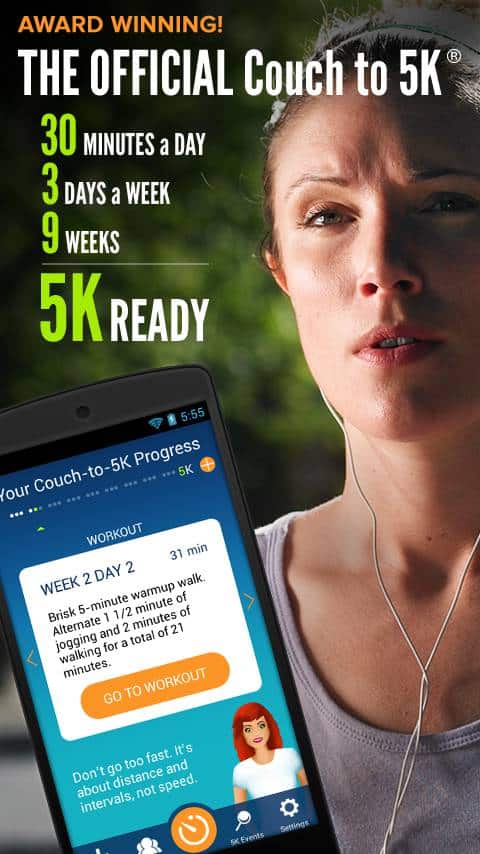 Easing you in with an app that potentially can be used by anyone, Couch to 5K is a great way of preparing you for longer runs and generally building up your fitness and getting you used to running. The app has been around for a while now, and it's easy to follow along, and the focus on distance over speed is perfect for those not so great on their feet. 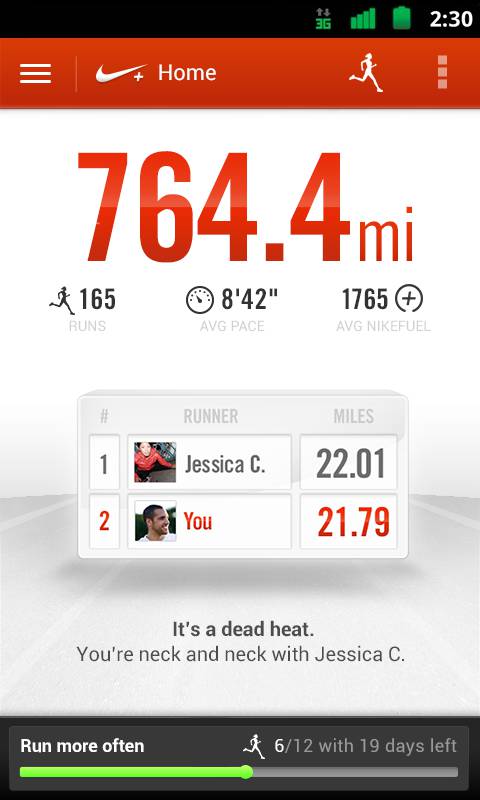 Nike+ Running is something for those serious about breaking previous records and getting out there daily. It's a great app to help you compete with others, and if you're looking for something to push you towards your goals, rather than help you lose weight, then this is the app for you. It is regularly updated as well, which is a plus, but there's definitely room for improvement that's for sure. 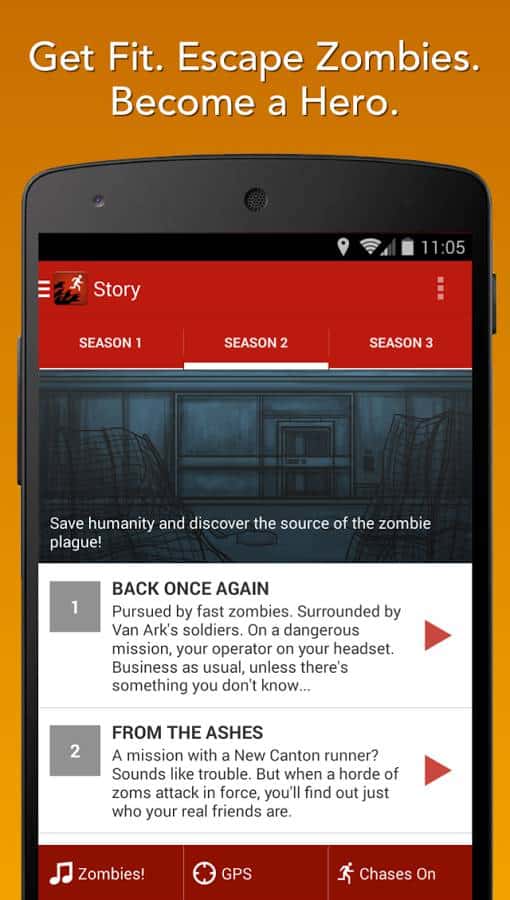 If you're an accomplished runner, and you know what your body can do and don't need your hand held and want to have a little fun, then this is the app for you. You can use Zombies, Run! as a game to build up your fitness while having a bit of fun, or just to change it up from the usual playlists and tips in your ears. Plus, if you're a big zombie film fan then this is almost a must.

Run with Map My Run 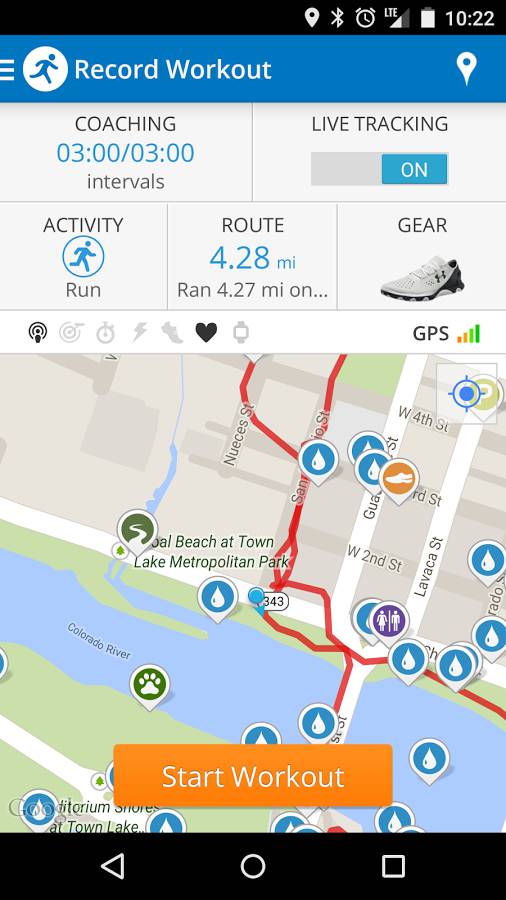 Map my Run is an app for serious runners, for those that want to keep a record of their progress and more importantly, make sure they can repeat a route. This is an excellent choice for those looking to chart a new route, repeat routes or just see how quickly they can run round the block. Other features include some seriously accurate data that can help people improve and more activities besides just running. 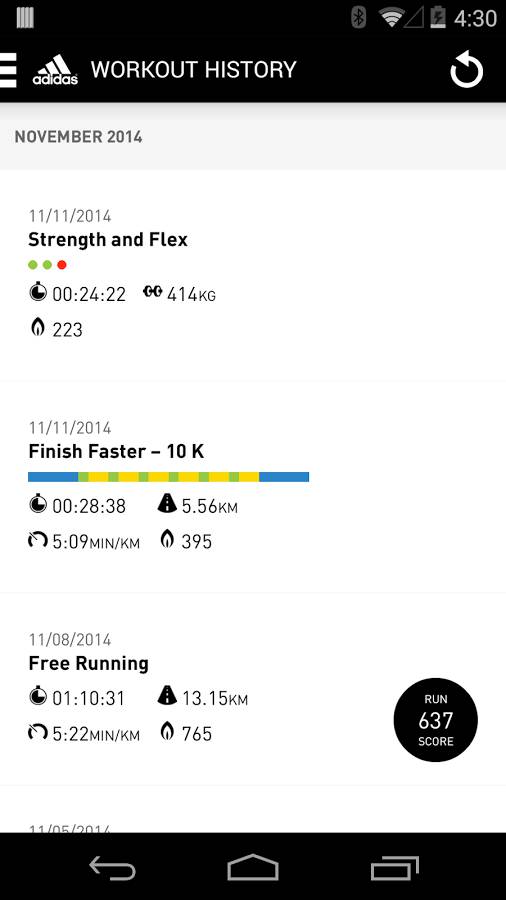 miCoach from Adidas is their answer to Nike+ and it's an intriguing application as it's more about getting you to the right level, rather than just keeping you going. It tracks everything just as you'd expect other Android apps in this list to do, and if you're a big fan of Adidas products, then there's no reason to not give this a go. It can be used with special shoes from Adidas as well to further improve accuracy. 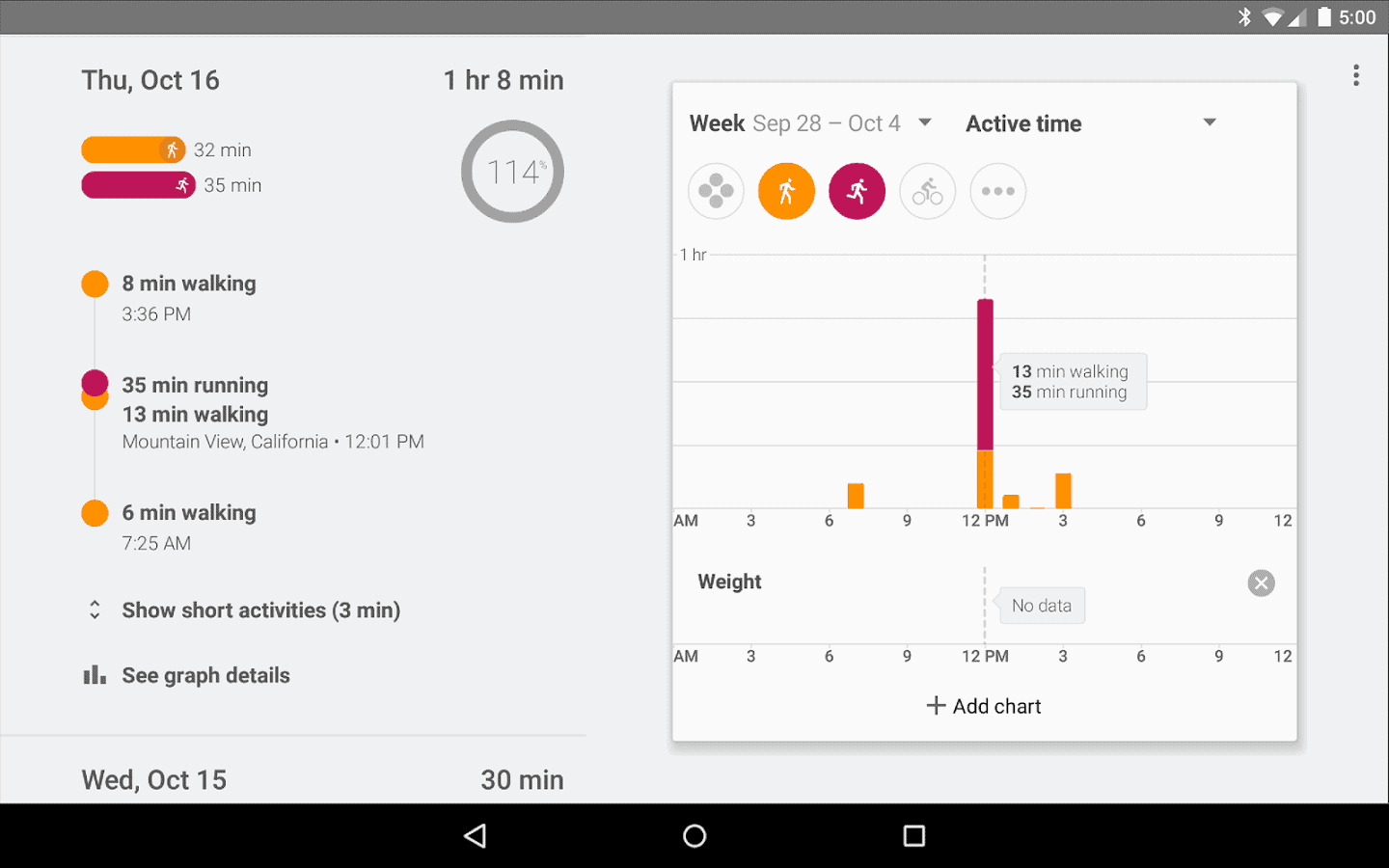 Google Fit is more of a casual approach to running or general sort of movement, and it's something that those just getting started will enjoy. Plus, it works great with Android Wear watches like the Sony SmartWatch 3. Overall, this isn't super in-depth, but it provides a lot of data and nudges you to keep on going. 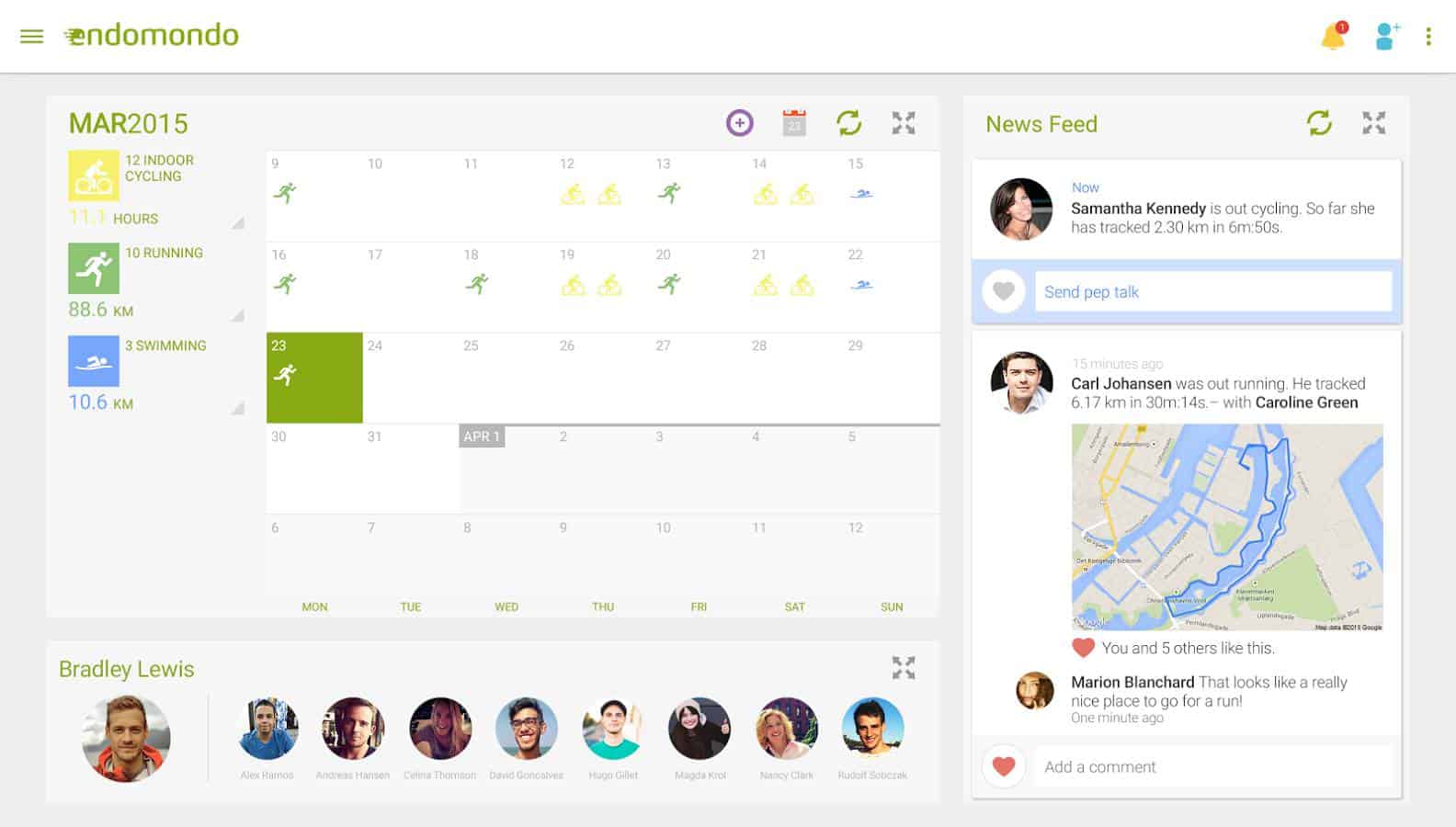 Endomondo has been around for quite a while now, but recently it's gotten a fresh coat of paint, a great Android Wear companion and it just works really well. It's not limited to just running, and it's not limited to just yourself, you can use it to connect with others and reach goals with a little competition. With quality options, Endomondo won't let you down. 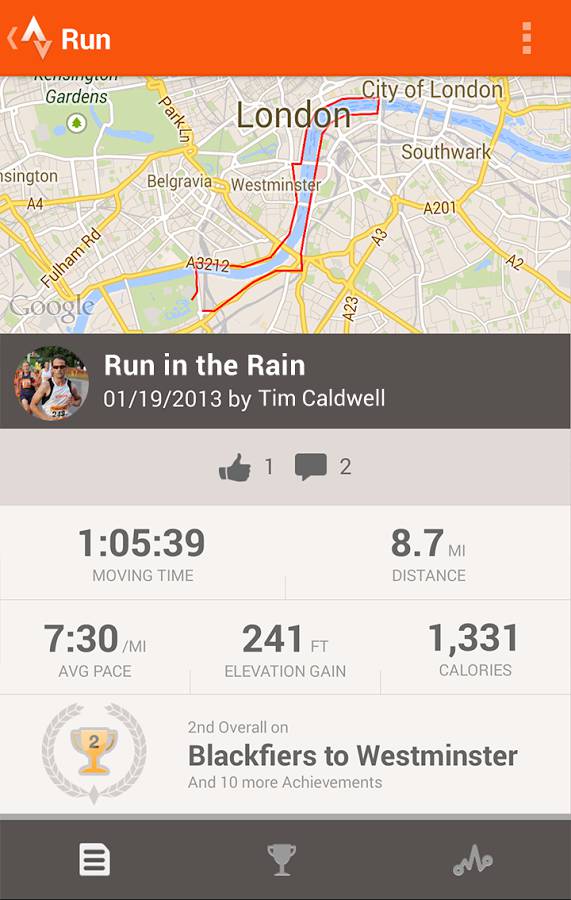 Strava is best known for its cycling tracking, but it does so, so much more than that. It's easy to use, and it now works great for runners looking to track their progress. The app has gotten much better over the past year, and if you're looking for something different, Strava fits the bill and shouldn't disappoint.

Runkeeper is a pretty solid app if you wan to set goals and track your progress. It's not quite as granular as something like Map my Run, but it's great for regular use, and it's nice to have another option. It works with Android Wear as well as Pebble and it will also give you audio updates as you run. 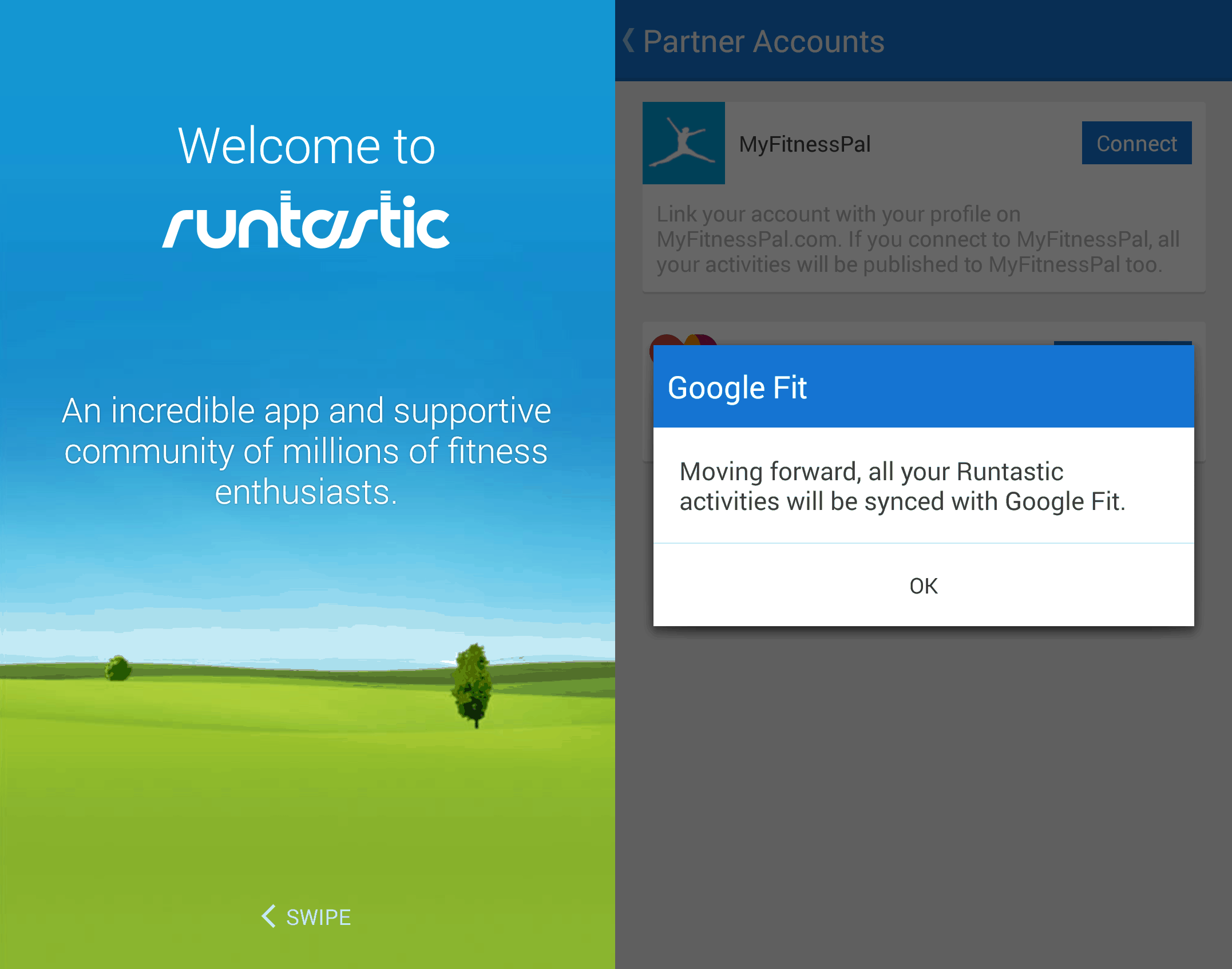 Runtastic does everything. I'm not joking, either. It will track your runs, map them out and so on using your phone, but you can also buy a tracker directly from them, as well as use any smartwatch out there. The Sony SmartWatch 2, the Gear line smartwatches and fitness trackers from Samsung, Android Wear and Pebble – they all work! It also hooks into Google Fit and you can access your info online from anywhere you want. It's a great social network as well, and it just does everything you could ever ask it to.