Carrier subsidies are a very real problem in the mobile industry for a number of reasons.  Besides locking customers in for an average of two years with a phone that they may end up hating a couple of months down the road, it destroys any semblance of the value of smartphones as a whole.  Large numbers of people out there in the world are just used to paying $200 for a phone and never think twice about it, but what they don't realize is that these phones often cost at least three times that price when bought outright.  Even the cheapest phones at a carrier often come in around $50 on contract, which is still that sort of money for a $400 phone when purchased outright.  What if I told you that Elephone has a phone that can actually be purchased for between $50 to $70? That's the price of the Elephone G1, a price that certainly seems to be a little too cheap to be able to provide a good experience, but is that really the case?  Let's take a look, shall we? 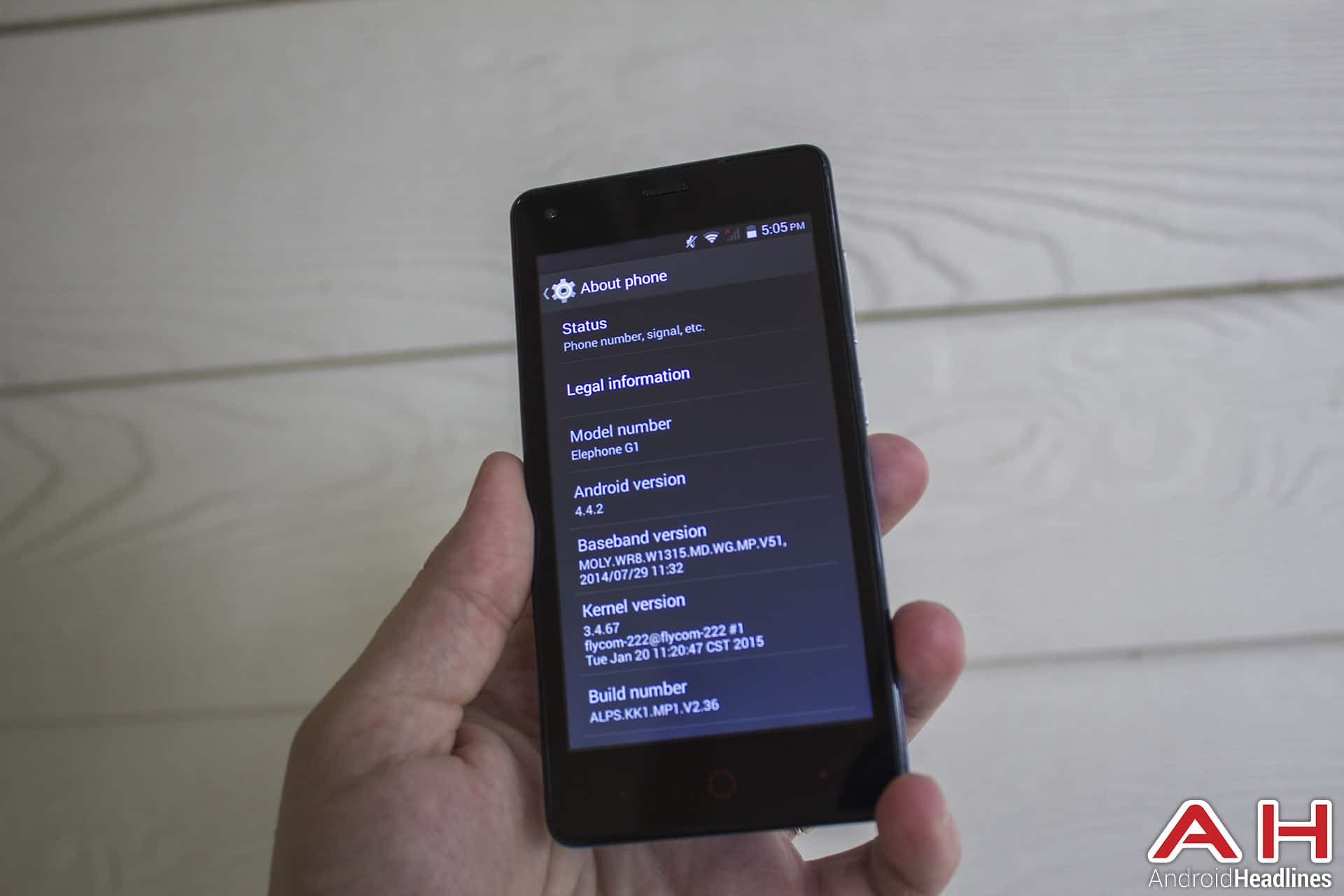 As you can see from the specs this phone is surprisingly well powered including a good quad-core processor, enough RAM to meet the minimum requirements of Android 4.4 KitKat, and microSD card support for more storage space since the 4GB included internally is pretty anemic. 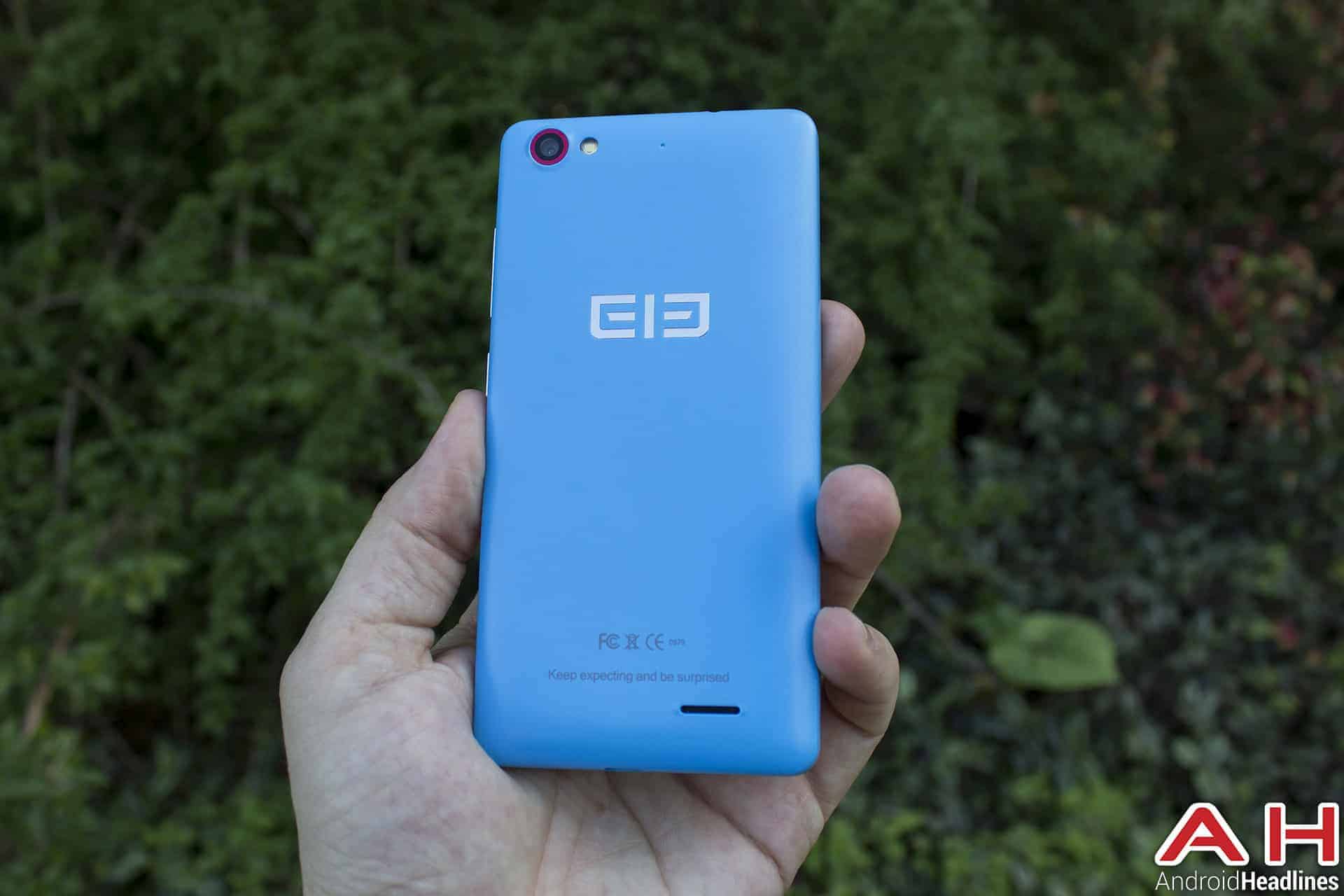 The only other phone we've reviewed anywhere near this price range is the Catee Ct550, which for all intents and purposes was not worth the money.  This phone feels quite the opposite, even just from pulling it out of the box for the first time.  Phones in this price range seem to use a sort of plastic instead of a glass front, as it gives with a push and feels cheaper than more expensive phones normally do.  That's not to say this feels like some cheap toy phone, because it really doesn't.  Even though the whole phone is built of plastic it's very thin when compared to most phones out there, even high-end ones, and doesn't have the same hollow space some cheaper phones do.  There's 3 capacitive keys at the bottom with an interesting visual look, but function as a menu, home and back button.  There's also of course a volume rocker, power button, 3.5mm headset jack, microUSB port for charging and a camera with single-LED flash.

The display gets the job done as best it can, and while it's a super low resolution panel at 480 x 854 pixels it doesn't look too horrible at 4.5-inches.    This is effectively a screen from phones that existed 3-4 years ago, both in size, resolution and overall quality.  You wouldn't expect it to win awards at this price and that's fine because it doesn't need to.  Even the digitizer was super responsive and keyboards like Fleksy and other hunt-and-peck style ones are completely usable with two thumbs; a feat not pulled off by some more expensive phones!  Behind the removable back of the phone you'll find a small 1,800mAh battery, which actually lasted all day for me.  Having a much lower-power processor than many phones out there helps with things, and of course having a display with this low of a resolution relative to more powerful phones really keeps things in check.  Above the battery you'll find two SIM card trays, one nano and one micro, as well as a microSD card expansion slot.

The single speaker below the battery produces some actual decent sounds and doesn't offend with the audio output.  This is again surprising given other phones in this category which often feature ultra tinny, hollow sound.  Phone calls were fantastic on the device and were about as good as I could ask for on any phone that doesn't feature HD Voice support.  The clarity of the audio on the call and the quality of the signal was stellar, keeping calls from being dropped and otherwise holding a strong 3G signal on T-Mobile's network.  Audio output from the 3.5mm headset jack was equally impressive and actually sounded better and more balanced than quite a few phones found in the $100-200 range, once again impressing us with its better-than-expected quality for the price. 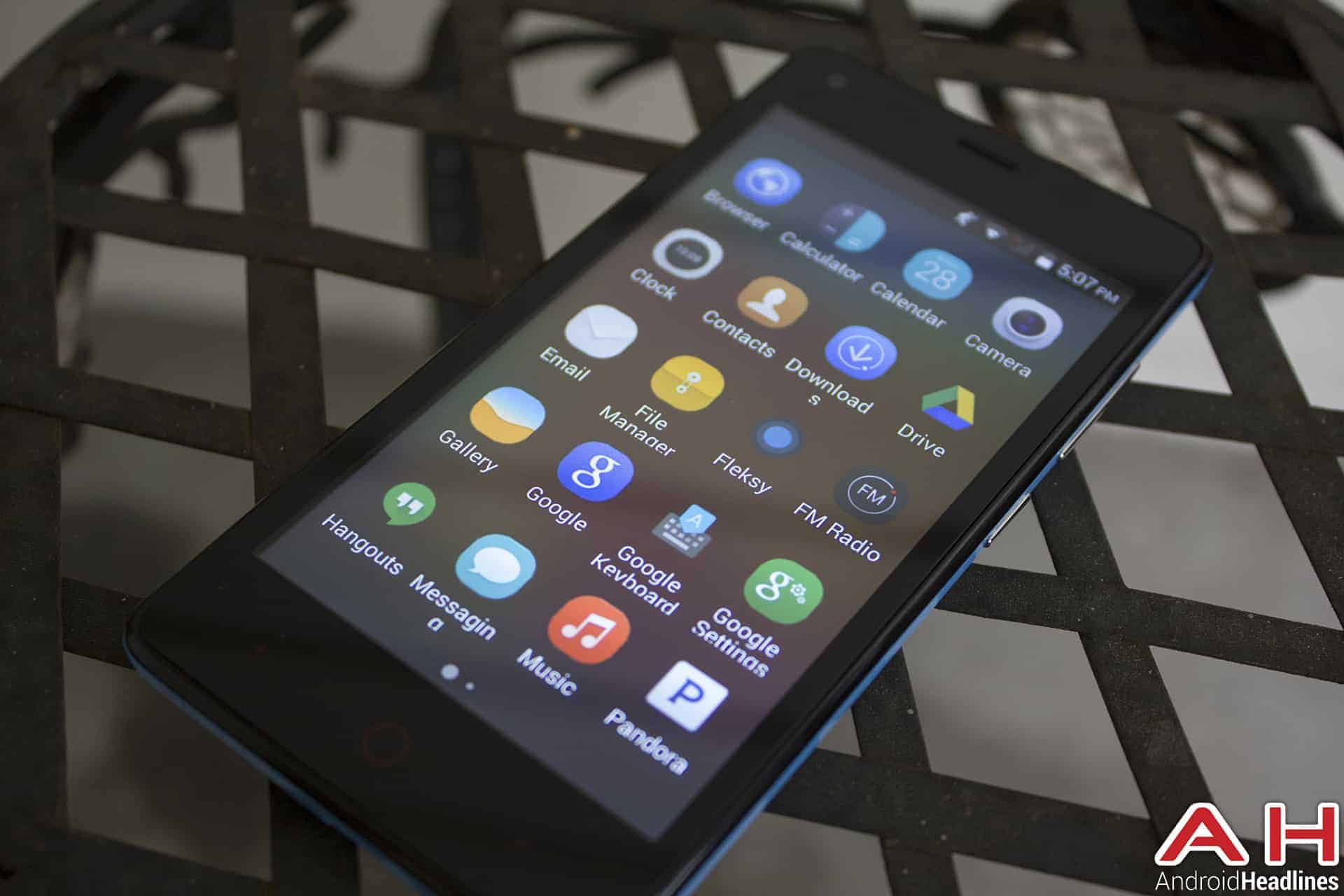 Mostly stock Android 4.4 KitKat is what you're going to find here, which is great to see given the cheap nature of the phone.  This is also a positive since KitKat was built for 512MB of RAM on phones just like this, meaning the experience you're going to have is going to be a good one.  Everything was actually pretty zippy with apps launching mere moments after touching the icon, and multi-tasking somehow actually working like it should.  512MB of RAM is very little to work with but Elephone has managed to squeeze some magic out of those chips, as holding down the home button for multi-task and pressing any open app immediately jumped right into that app.  No reloading, no waiting, it just works.  Opening an app that's very RAM intensive like a web browser with lots of tabs open will result in reloading but most apps don't suffer from this at all.  Even the loading that is present was fast and done in an amount of that that would be taken with basically any other phone out there.  You'll even find playing the latest games is possible thanks to MediaTek's genius in engineering, and of course the lower resolution of the panel helps that performance quite a bit too.

In terms of features Elephone has packed this with the same set of features that it ships with its other phones.  That means on top of a stock-looking KitKat skin you're getting additional quick toggles including Cast Screen, easy switching of audio profiles for things like home and work, and a UI that's fast and responsive.  Elephone has included screen-off gestures like double tap to wake, as well as drawing different letters on the screen to launch apps like the camera, email, music, etc.  There's a scheduled power on and off option and the phone is even rooted out of the box.  There's no app permissions manager on this one unfortunately, so you won't be able to control individual app permissions as you can with some of Elephone's other phones.

The camera in general is pretty bad and probably only competes with the best of cameras from old feature phones to be honest.  At 5 megapixels the resolution is decent and would be passable if the sensor were better, but it's just not.  Photos in broad daylight look decent, with good color accuracy and a fair amount of detail, but once you start to get in any other kind of lighting condition the picture quality takes a turn for the worst.  Any sort of hint of low-lighting will turn pictures into almost literal mud, as the denoise filter goes into hyperdrive and smears any semblance of what the image looked like on the viewfinder.  It's actually kind of funny as the image quality from the viewfinder in low light is worlds better than the actual photo that's taken, leaving me to wonder what in the world Elephone is doing with the image.  Video quality is about the same and produces decent standard definition type quality videos with fairly poor low light performance.  At least the shutter is fast though and takes the picture almost instantly, especially if you turn the "zero shutter lag" option on. 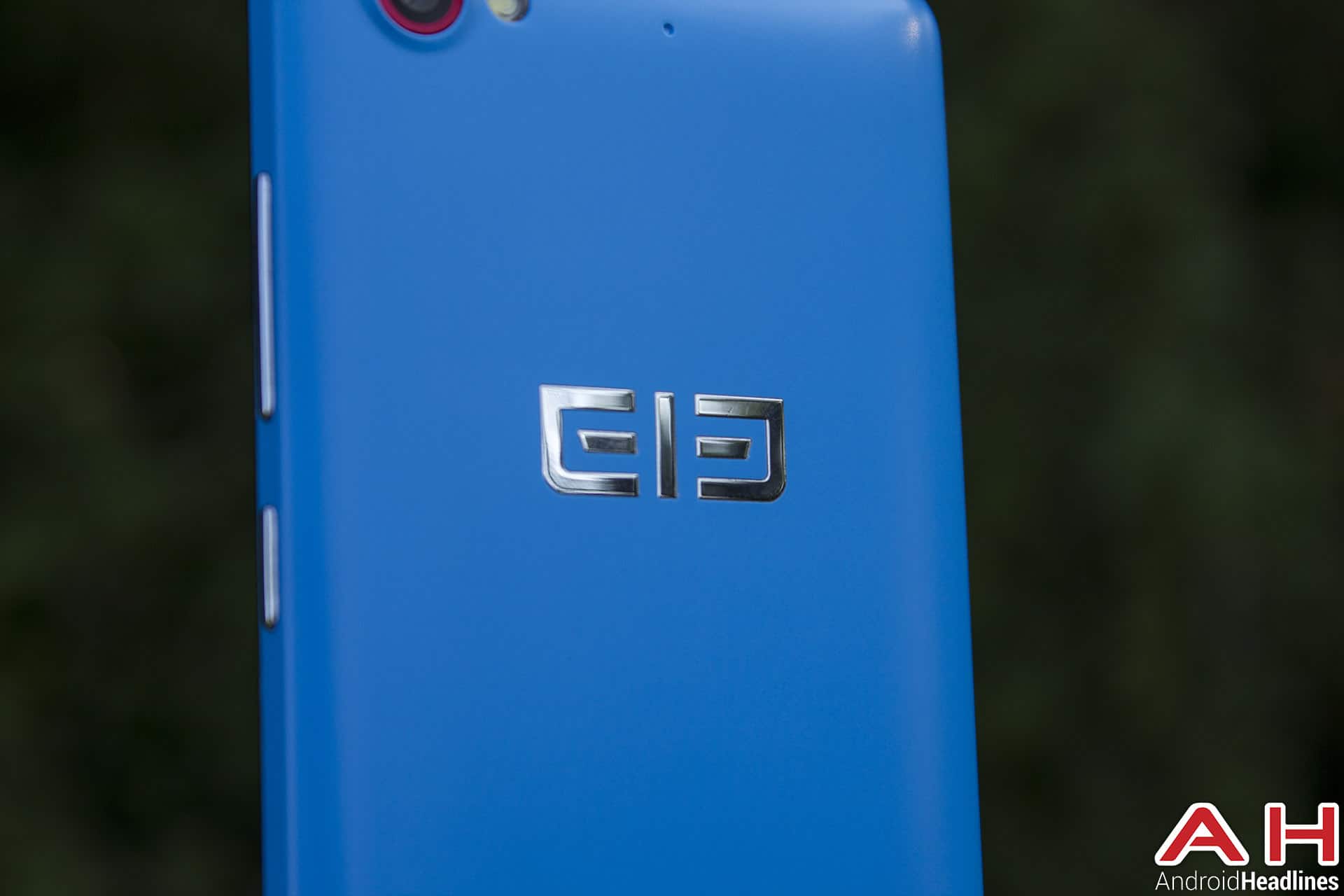 For anywhere from $50-70 the Elephone G1 is absolutely the best phone you can buy for that sort of money.  Android One phones like the Karbonn Sparkle V are the next step up in price ranging around $100, but if you're looking for something cheaper for any reason at all look no further than the Elephone G1.  Elephone has raised and lowered the bar simultaneously for inexpensive phones, showing that you don't need to spend even half a Benjamin to get a good experience with a smartphone.  That doesn't mean there aren't compromises, because honestly at this price range there have to be, but they aren't compromises that will likely hinder too many users.  As a starter smartphone, a cheaper option for every day use or even as a backup we would whole-heartedly recommend the Elephone G1 for everyone!