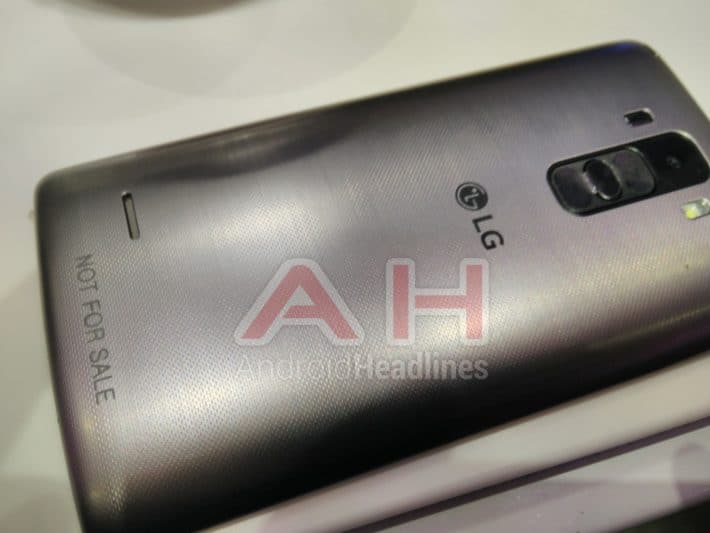 There has been a lot of speculation about what LG has in the works in the coming weeks in terms of smartphones. While a number of those questions regarding the LG G4 seemed to have been answered a couple of days ago when a massive leak occurred, detailing pretty much everything about the LG G4. However, that is not the only LG device which has been under speculation in recent times.

Another device which is being highly rumored is a phablet-based device. This is one which comes with a stylus and has been suggested it might be the LG G4 Note. However, other leaked images showed a device which was powered by a Snapdragon 610 processor, which is usually more aligned with mid-range devices than what would be expected on a high-end LG G4 variant. In addition, a recent image which surfaced at the end of March further seemed to suggest that the device might be more mid-range. At least, when you consider that the stylus was considered to be more like an antenna than a flagship stylus.

Well, we have been tipped off by a reliable source who claims to have has seen the device shown a few weeks ago in that leaked image. To prove the claim, the source also provided us with the image above and also confirmed to us that the previous leaked image is definitely a mid-range device. Although, the source could not confirm the details or specs of the device, they did confirm that the device is going by the model number “LG H631”. Which is a model number which has previously been rumored to be for an LG phablet device with a stylus. Likewise, they did confirm that the device is 5.8 inches in size and does come with the stylus noted in the previous leaked image. In answering the antenna question, the source stated that the stylus does come with a rubber tip which is missing from the leaked image. Although, the source did also state that the tip is not a fine-point tip like that seen on the Galaxy Note devices. Interestingly, the source also stated that the device is currently going by the codename “LG Leopard”. Whether or not this will be the actual name of the device remains to be seen and is probably unlikely. However, if our source is correct, this device is not an LG G4 variant, and will instead be mid-range positioned and likely priced around the $300 marker.