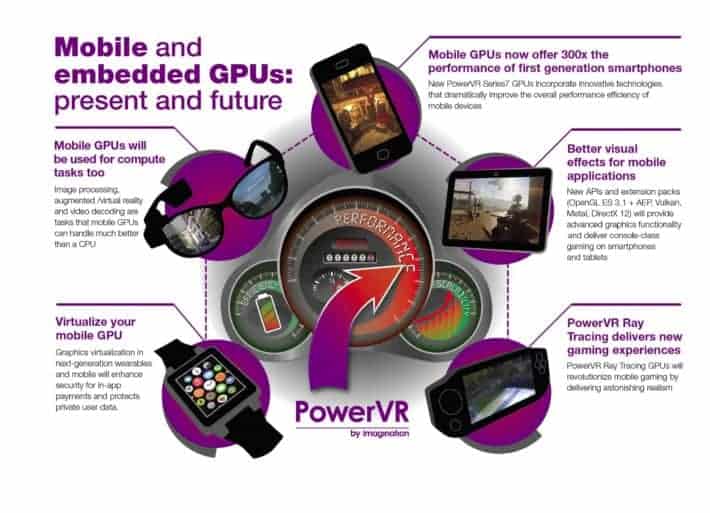 In a recent study, digital market analysis firm Juniper Research forecasts that in the coming years, growth in the smartphone market will be driven primarily by demand in emerging markets, due to the developed markets slowly reaching a point of saturation and emerging market demands getting ever higher – especially in the affordable devices segments. Additionally, yearly wearable shipments are eventually expected to reach 112 million worldwide by 2018. All these devices obviously will have different requirements and design priorities. This is why, being able to configure them according to the requirements of the consumer needs to be at the top of the agenda while designing the chipsets that go into these devices. With every passing year, changing consumer profiles and shifting priorities are making designing GPUs optimized specifically for each segment of the market a necessity and is becoming more lucrative than it ever has been, given the impact and burgeoning volumes of these new markets and market segments. The vendors are listening and the market today is just as competitive as the SoC market.

For example, some products like set-top boxes and smart TVs might need 10-bit YUV color depths, virtualization and security for DRM (Digital Rights Management) while others like smartphones and tablets running Android Lollipop just want AEP (Android Extension Pack) support. Wearables on the other hand, just require the smallest GPU capable of supporting OpenGL ES. Some of the leading names catering to the embedded GPU cores market include Qualcomm with their Adreno, Imagination Technologies with their PowerVR, and Mali GPU cores by ARM. Unlike desktop video cards however, none of these embedded solutions feature display controllers driving monitors. Instead, these cores are pure 3D graphics rendering engines that render graphics only to deliver the rendered image into memory for another processing core to then handle the display. While all of them cater to different market segments, knowing the priorities of each is what makes the difference in the end. If mid to high-end devices prioritize performance per mW, the entry-level market is driven by performance per mm2 and a fast time-to-market.

The future of graphics processing on smartphones, tablets and wearables lie in which way the market will shift. With each new category of product entering the market and market dynamics shifting at an alarming rate, the key areas that will decide the success of mobile graphics rendering engines will include reduced memory bandwidth, virtualization support, new APIs for graphics and computations and superior scalability.