Elephone is one of many Asian smartphone manufacturers, this company is based in Hong Kong and is not that well-known outside of Asia. Elephone has managed to catch our attention a number of times thus far though, the company has recently announced the P7000 handset, a $199 flagship. This device will offer a metal frame, 3GB of RAM, 5.5-inch 1080p display, 16-megapixel main snapper and a fingerprint scanner for less than $200. No matter which way you look at its, that’s impressive. The Elephone P7000 will launch soon, but we’re not here to talk about that device.

Another piece of Elephone-related news reached us, during the annual Hong Kong trade fair, Elephone had something interesting to show off. The company is actually working on a new flagship which will feature a QuadHD (2560 x 1440) display, 4GB of RAM and a 20.7-megapixel camera (Sony’s IMX230 sensor). This thing will also ship with a fingerprint scanner and surprisingly enough, it seems like Intel’s SoC will power it on. This is kind of odd considering Elephone has been relying on MediaTek’s chips thus far. What’s most interesting in this whole package is the fact that this device will be able to run both Android 5.0 Lollipop and Windows 10. Truth be told, we still don’t know if the two OS’ will be available through a dual-boot setup or if the company intends to release two editions of this device. The dual-boot setup would be kind of neat and would bring Elephone a lot of exposure all over the world.

In addition to everything listed above, this device will also offer a metal frame and really thin side bezels. We still don’t know how much will this device cost though, but considering that the P7000 is basically a high-end offering which the company somehow managed to price at $199, We don’t expect for this thing to be too expensive. This handset might cost around $300, perhaps $350. This is just an educated guess based on the Elephone’s currently available devices, so take it with a pinch of salt. There you have it folks, we’ll report back when we manage to dig up some additional info regarding this device. stay tuned for that. 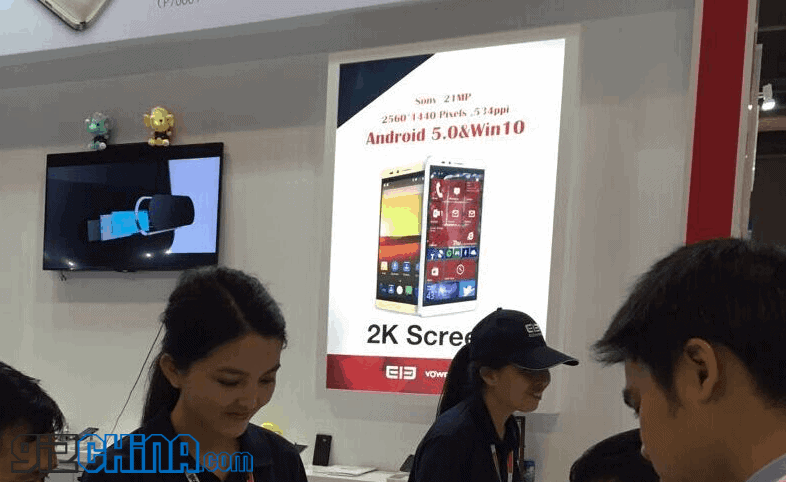