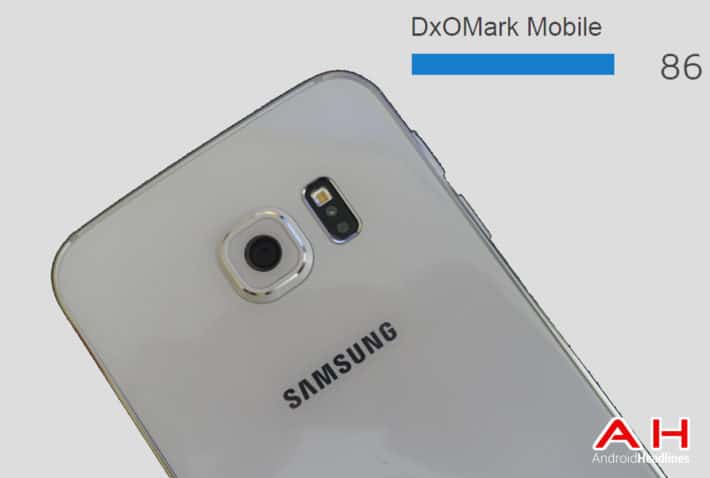 We will not go into the details of a very detailed report – you can catch that on our source link at the bottom of this article.  To summarize DxOMark’s findings under the “Pros,” we see that the Galaxy S6 Edge achieved an Autofocus score of 94 out of 100, giving the user the ability to focus quickly on their subject before that ‘moment’ is lost.  Exposure and Contrast comes in at 90, as does Texture, allowing you to achieve “very fine detail and low noise levels when shooting in bright light.”  They praise it for its “excellent flash-only results” and nice white balance levels in all outdoor situations.  As for the “Cons,” there is noticeable noise in low-light shots, a slight color fringing and when you mix the flash with tungsten lighting there is a slight yellow/green White Balance.  Video on the Galaxy S6 Edge is strong, even with its score of 84 – it is still among the best smartphones they have tested…the iPhone 6 Plus scored only 79.

No mention is made of the Samsung Galaxy S6, as DxOMark tests each smartphone as an individual device and we should see those results posted soon…but it does go to reason, since the devices are identical, except for the display, the Galaxy S6 should score as well.  As Samsung continues to refine the camera with each new flagship device, we must wonder what is in store for the Galaxy Note 5 and Galaxy Note Edge due out this November. 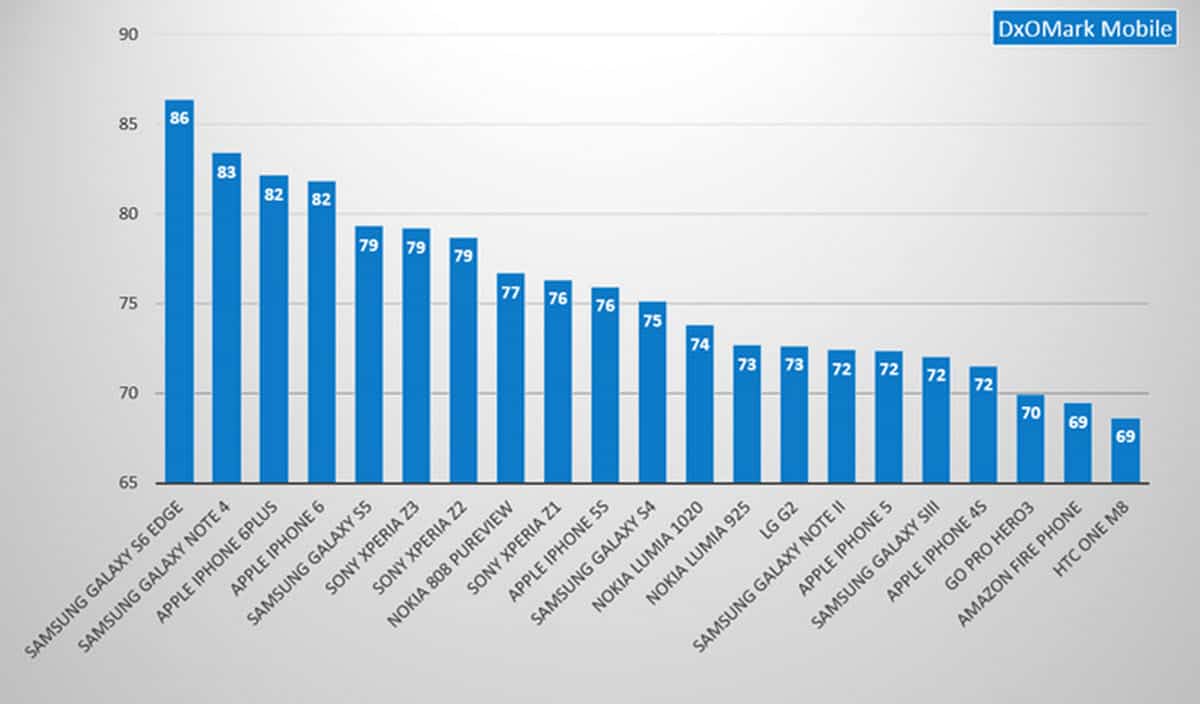