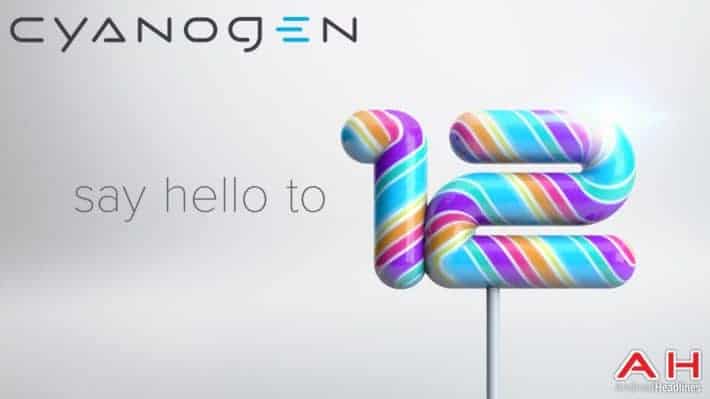 If you are a OnePlus One owner, then you probably have been quite frustrated with the wait that has never seemed to end, when it comes to Android 5.0 (Lollipop). In spite of owning, what is essentially a carrier-free device, the wait for Lollipop has taken a long time to reach the One. This is in spite of two very clear Lollipop based OSes being developed for the device. Of course, that did all change when last week (roughly), the OnePlus homegrown OS, OxygenOS was released.

That said, the OS many OnePlus One owners would have been waiting for, is the follow-up to Cyanogen OS 11, aka CM11S. The Cyanogen Based Lollipop OS, Cyanogen OS 12 has taken even longer than anyone expected (seemingly including Cyanogen) to arrive. Partly due to the Google Certification process but also due to the inclusion of many new features and so forth. Well, this morning, Carl Pei of OnePlus did state that he was 75% sure that the roll out for Cyanogen OS 12 would begin today. Well, it has.

Cyanogen have just announced that Cyanogen OS 12 is now officially in rollout status for the OnePlus One. The details of the announcement did not provide any detailed descriptions of what to expect, although they do mention the inclusion of Boxer as the default email client. Other than that the only other direct mention was of the App Themer feature which was hinted at a few weeks ago. In terms of the actual download, there is no direct link (as of yet) and instead and unlike OxygenOS, this is an OTA rollout so you will need to be hitting that update button to get hold of your update. If you are already running OxygenOS then you will need to revert back to Cyanogen OS 11 to be able to receive the OTA. Alternatively, hold on for when a direct and flashable download becomes available. It is probably only a matter of time before the download is made available for sideloading. Either way, Cyanogen OS 12 for the OnePlus One is now officially here. If you own a OnePlus One, check your updates.