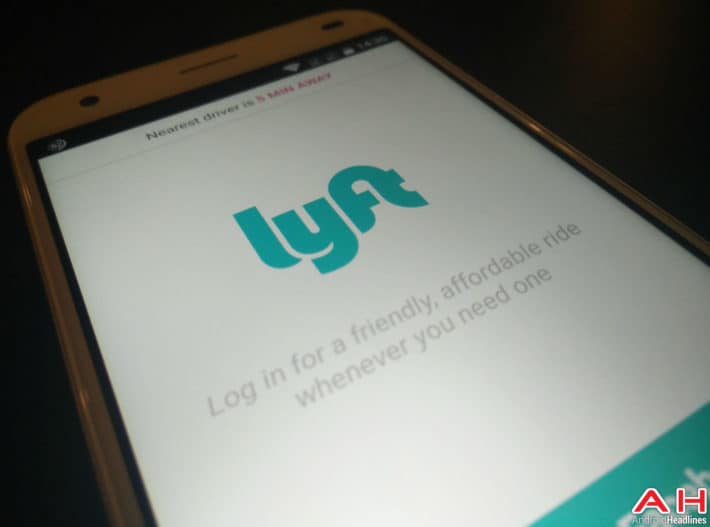 Think back to December of 2013, about a year and a half ago. Samsung had its Galaxy S4 while HTC had its original One. Google had launched the Nexus 5 less than 2 months before, and Google's Play Store was populated by new and returning Android and Nexus fans.  Apps also were getting installed, obviously.  Apps like Uber, Lyft, and Tinder. Even apps like Bing and NBC Sports Live Extra were getting attention.  But, a year later, how did they fare?  How many downloads, or what kind of popularity or improvement did they see in terms of numbers and users?

The folks over at comScore have compiled a chart of the top growing apps, based on the amount of new and unique users, over the course of the entirety of last year. If you haven't ventured a guess as to what the most grown was, it's not going to be surprising: Lyft. Lyft is a ride-sharing service, much like Uber, although, they might be more familiar as the signature pink mustache-clad cars.  The number is impressive, with the app growing an astounding 835% comparing the two months, a year apart.  The rise of the consumer-driven driving business model took place over the course of last year, and even into this year.  Uber, another ride-sharing service, also saw a large amount of growth, sitting proudly at 440% growth in users.  What would an app like Tinder, the casual dating service for folks around you, see as success in a year's time?  Well, surprisingly, a 737% growth in users.  For an app that lets you chat and start interacting with local folks, that's an impressive number.

For something like Bing, a Microsoft service and app finding its home on Android devices, you might be surprised to hear of a 361% growth over 2014, while a sports app like NBC Sports Live Extra saw just about the same as Bing at 360%.  Joining Uber, Tinder, and Lyft in the top 5, interestingly, is the Kohl's app as well as the iTriage app.  iTriage is a health management app, sort of like a pocket doctor, which offers an appoint-making feature in case of medical needs.  iTriage grew by 516% while Kohl's sat at number 2 with 793% growth over 2014.  It'll be interesting to see which apps hit it big this year. 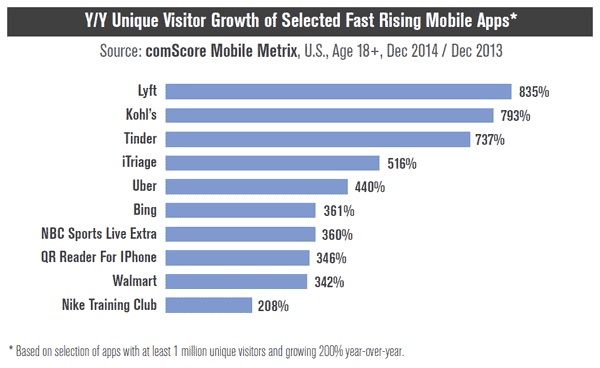