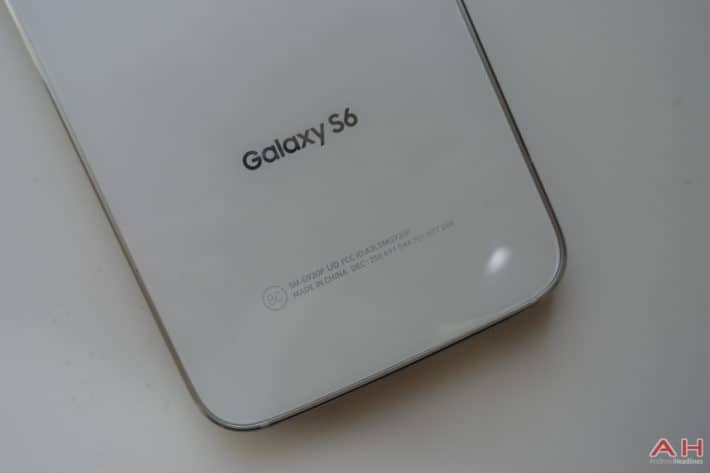 The White Pearl and Black Sapphire versions of the Samsung Galaxy S6 and Galaxy S6 Edge have been selling in Canada since April 10, but many really liked the look of the Platinum Gold variant…and who wouldn’t!  We knew that the Gold Platinum version would be coming to Canada, Rogers was even taking pre-orders for them back on March 18, however, it looks as though the wait is over.  So far, Rogers, Fido, TELUS, Videotron and SaskTel have all added the Platinum Gold Galaxy S6 and Galaxy S6 Edge to their online stores, with no word if they will be available in the brick and mortar stores or online only.

It is a shame that all colors cannot be offered at one time and everywhere – what about the exclusive Blue Topaz Galaxy S6 and the exclusive Green Emerald Galaxy S6 Edge?  It is understandable that the carriers do not want to stock all the colors, but it would be nice if a system was in place with distributors to allow carriers to special order colors online, with the customer’s understanding that there will be a waiting period.

The new Samsung Galaxy S6 models sports a whole new design of metal and glass for Samsung and a 5.1-inch QHD display with a resolution of 2560 x 1440 pixels and 577 pixels-per-inch (PPI) on their Super AMOLED display.  For processing power, Samsung chose an in-house 64-bit Exynos 7420 octa-core processor with four cores clocked at 1.5MHz and four cores clocked at 2.1GHz and using 14nm technology.  This means it uses less power and has less heat and is faster than the current 20nm technology.  Samsung packed it with 3GB of their new DDR4 RAM that is much faster than everybody else’s DDR3 RAM.  Samsung also is using their new UFS 2.0 Flash memory, which again is much faster than the standard memory used by the other manufacturers.  Rather than offering a microSD card slot for expansion, Samsung is offering 32GB, 64GB and 128GB models.

Samsung also revamped the camera area and it recently received a DxOMark rating of 87, the highest score they have tested so far, even beating out the iPhone 6 and 6 Plus cameras.  It uses a 16MP lens with a wide f/1.9 aperture, very fast autofocus, LED Flash, OIS and Live HDR shooting.  The 5.0MP front-facing camera (FFC) also has the wide f/1.9 aperture and 120-degree wide angle for capturing great group selfies or video chats.