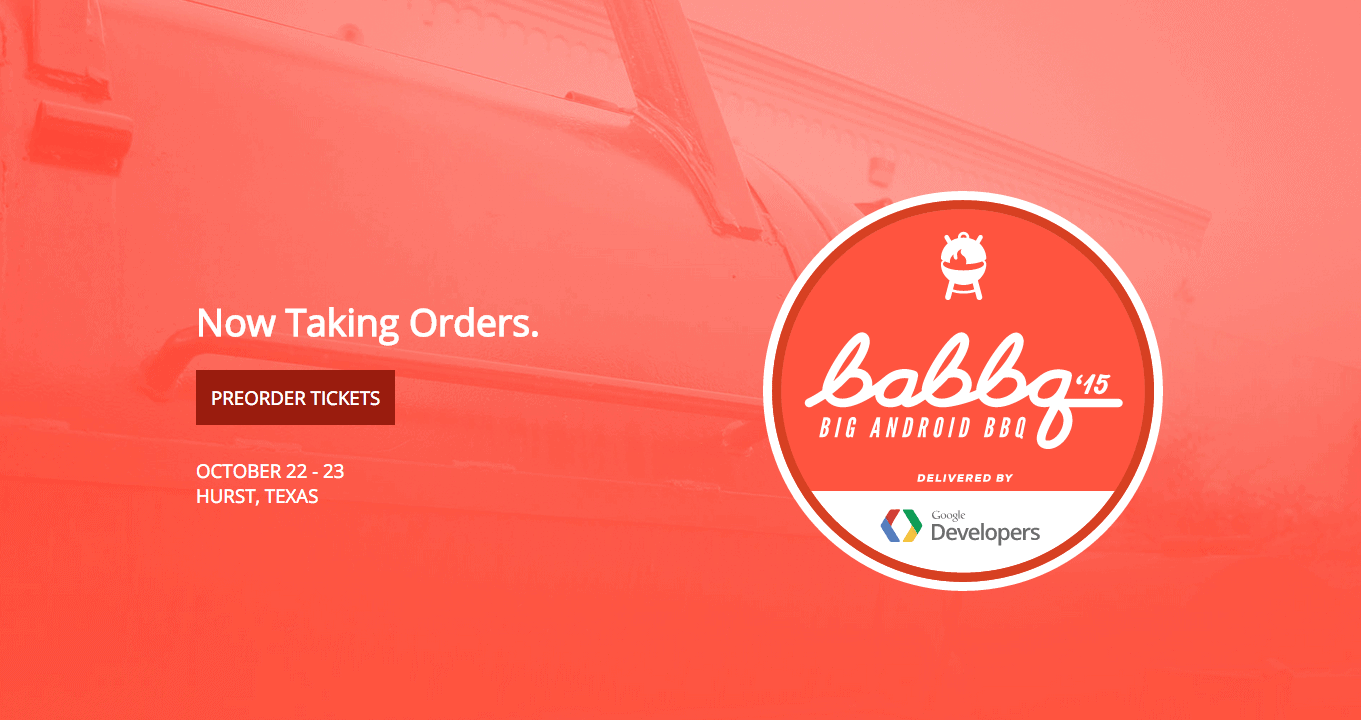 Each year, the Big Android BBQ is held, giving developers as well as big members of the community chance to interact with other developers, publishers and even attendees from Google, just like last year. This year, the BABBQ is being held in Hurst, Texas and will run across two days towards the end of October, the 22nd to the 23rd. That's quite a way off, but it's never too early to get excited about something big like this, especially if you like BBQ. The Big Android BBQ has long been a place for developers to interact with each other in a more casual setting, a place to make friends and of course a place to learn.

This year, the event is being sponsored by Google Developers which should mean even more tips and tricks than previous years. Right now, not much is known about this year's event, but those interested can already pre-order their tickets through Eventbrite. The site is holding an Early Bird sale of tickets until May 22nd at $55.00 a piece with a $2.37 fee. It looks like you can only purchase two at a time right now, so you and a few friends might need to work together to get tickets for a group of people. Either way, there's a chance to get in before the rush later this year.

The Eventbrite page doesn't tell us much about what's in store for this year, but it does say that people will be able to "'tricks-of-the-trade' from thought leaders and senior developers in our mouth-watering sessions and get your hands greasy with newly acquired knowledge in the Code Kitchen" which sound pretty delicious. Each evening will end  "filled with happy meals and frosty beverages" which sounds like a lot of fun. The BABBQ is one of the few Android developer events that is both informative and good fun. All work and no play makes Andy a dull robot, after all, so go ahead and pre-order your tickets if you're planning on attending again, or for the first time.