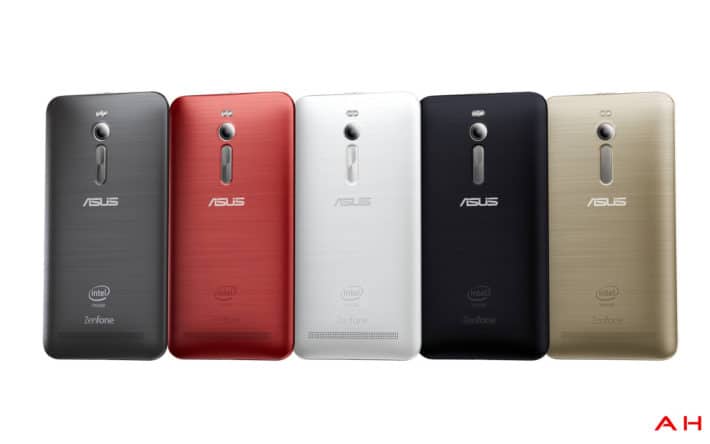 Asus announced their latest flagship, the ZenFone 2, first thing this year at CES in Las Vegas and we’ve been looking forward to its release ever since.  Now that it’s officially been released and available to purchase, Asus has released a 10 minute promotional video showcasing all the features that make the ZenFone 2 unique.  10 minutes is quite a bit longer than most promotional videos but Asus is hoping you’ll sit through all of it as you’re mesmerized by the build quality of the device and talk about how the ergonomics of the design are meant to keep your hands from getting fatigued.  Asus has also designed the phone with a removable back and provides 7 different types of backs that come in different colors and designs.

Throughout the video Asus stresses the emphasis on luxury you can afford, a tagline they pushed just as hard at CES.  This is because the specs of the ZenFone 2 are out of this world for the price, and with phone constantly pushing those boundaries it’s impressive to see just how good phones have gotten for the price.  There are a number of different ZenFone 2 models to buy as well which cover every price range.  This particular video covers the most expensive model, which normally retails for just under $400, but we’ve been able to get a coupon code for our readers to make that a much less expensive $315.89.  That’s the model with a full HD 5.5-inch display powered by a 64-bit Intel processor that’s faster than any other processor in its price range, and the 4GB of RAM put onboard is no joke either.

Asus has also been pushing the camera very hard, which it calls its PixelMaster camera, and the video focuses heavily on the algorithms that make Asus photo quality possible.  Modes like Super HDR are meant to give significantly better natural lighting to a scene more like your eyes would see than a camera would, and that same prowess extends to low light photos too.  While the f/2.0 lens on the camera isn’t the lowest f-stop rating on a smartphone any longer, that doesn’t mean the sensor can’t do a good job of picking up low light.  In fact Asus says it’s low lighting is 400% better than previous phones, and if you’re looking for sheer resolution they’ve even packed a Super Resolution mode on board that takes 52-megapixel photos full of detail for you to enjoy.  The video also includes some pretty incredible camera samples which seem to go along with their claims about the camera.  Check out the video below for all the details you could ever want and make sure to hit up that link above for a sweet deal on the ZenFone 2!