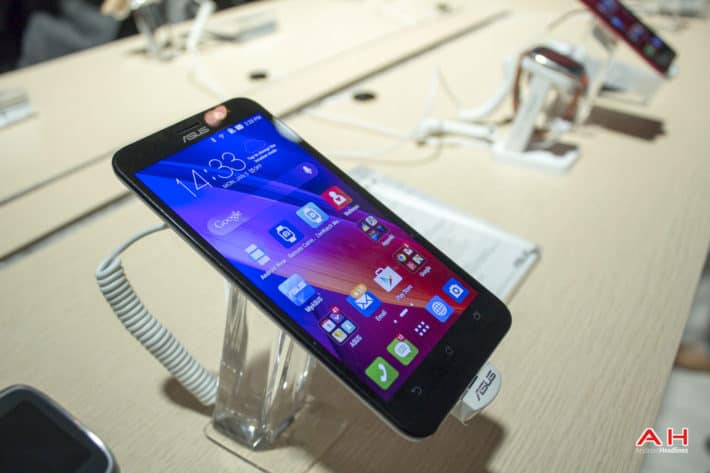 Earlier this year at CES 2015, ASUS unveiled a new set of devices into its ZenFone lineup, the ZenFone 2 which is to come in multiple variants with slightly different specifications and in turn somewhat different pricing. Although the exact prices of the phones aren't known just yet for the Indian market, ASUS has teased on their Facebook page early this morning the launch event to happen for the ZenFone 2 in India with the invites they're sending out. The invite lists the date which is April 23rd, the same day that Samsung is to start pre-orders for the Samsung Galaxy S6 Gear VR Innovator Edition in Japan.

As mentioned above, ASUS will be launching the ZenFone 2 in multiple variants, three different models to be exact, one with 4GB of RAM that will be the highest end model that also comes with a 5.5-inch 1080p display, 16GB of internal storage and a 13MP rear-facing camera with dual-LED flash, a 5MP front-facing camera, and powered by a 3,000mAh battery and quad-core Intel Atom Z3580 processor that clocks in at 2.3GHz. They will also be releasing to lower end models that come with 2GB of RAM instead of 4GB, with the same amount of internal storage set at 16GB. As for the rest of the main specifications, the low-end and mid-range models of the ZenFone 2 differ slightly. The low-end model will come with a 5-inch 720p display while the mid-range model comes with a 5.5-inch display just like the top tier model, albeit with 720p resolution instead of 1080p. The low-ends model also comes with only a 2MP front-facing camera and an 8MP rear-facing camera, while the mid-range model carries the same cameras on both front and back as the top tier. The processors and batteries are also different, with the low-end model sporting a dual-core Intel Atom Z2560 CPU clocked at 1.6GHz powered by a 2,500mAh battery, and the mid-range model comes with a quad-core Intel Atom Z3560 CPU clocked at 1.8GHz and a 3,000mAh battery.

Besides the date, ASUS merely tells people to mark their calendars for the event so as not to miss any important details. Of course, this event is being hosted in India so anyone who is interested in the ZenFone 2 stateside will end up hearing about the details later in the evening the day prior which is April 22nd. They also state that the ZenFone 2 will be the world's first 4GB RAM smartphone, which is something they pointed out CES when they first announced it. Although this launch event is for the Indian market, the ASUS ZenFone 2 is already available here in the U.S. through Amazon. 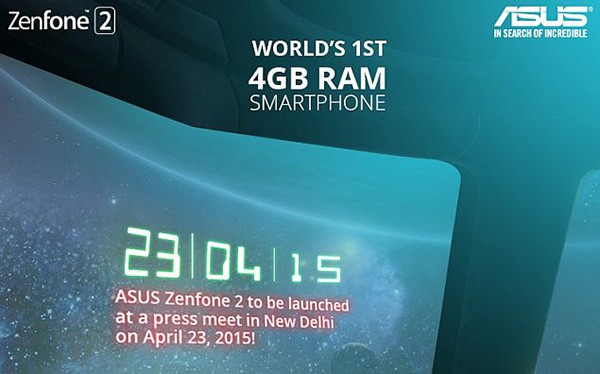