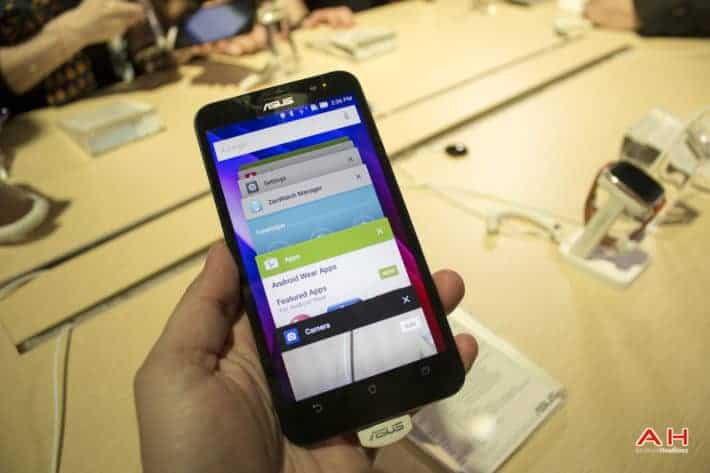 ASUS has been a big Android partner for some time now, first launching devices back when Android 3.0 Honeycomb was first launching on Android tablets. Since then, we've seen ASUS introduce a number of innovative Android devices like the PadFone line and of course, the Eee Pad Transformer line of products. Now, it seems like ASUS is more focused in shipping millions and millions of Android smartphones like the ZenFone 2. ASUS started with the ZenFone line towards the end of 2013 and while the line was only a small success in 2014, the Taiwanese company is aiming to sell 30 Million handsets throughout 2015, no doubt hoping that the excellent price tag of the ZenFone 2 is going to help them achieve this lofty goal.

Once again, Jonney Shih has been talking to the Chinese media and has recently upgraded their earlier target of 25 Million Android smartphones for the year to 30 Million. Speaking to the Chinese press, he said that China was a market that they couldn't afford to ignore, and that it would make up one third of their sales for the year, or roughly 10 Million smartphones. While this is a pretty lofty target, ASUS aren't an inexperienced company. They might be new to the mobile market when compared to the likes of Samsung and HTC, but they've been in the consumer electronics business for a long time, so they know when they have something worth pushing on their hands. The original ZenFone line of devices were affordable, and offered good value for money, but the ZenFone 2 line is something else entirely.

They announced the ZenFone 2 this January during CES 2015, and we were pretty surprised to see them offering a 4GB, Full HD version of the device at a competitive price. This year, ASUS have focused on the key aspects of a smartphone, focusing on delivering good performance, a great camera experience and a quality display regardless of price. It recently went on sale in Europe, starting with France, and our US readers can get their hands on one directly from Amazon starting at just over $200 for an unlocked phone. The question is whether or not ASUS will be able to capture as much of the Chinese market as they need to drive this 30 Million target. After all, Xiaomi has a monopoly on offering affordable smartphones and Huawei seems to just keep growing and growing. It'll be interesting to watch, and as ASUS expand to the West, we think they have a good shot at reaching this target this year.