Last year’s Moto 360 was one of the best Android Wear devices to hit the market, and after a number of updates and the introduction of Moto Maker it continues to be one of the best. However, there were – and still are – things that held the Moto 360 back overall. With the Apple Watch making so much noise, and excellent devices from the likes of Huawei and LG hitting shelves soon, what can the next Moto 360 do to be the smartwatch to beat this year? Let’s take a look at five things the new Moto 360 can and should get right.

This is a given really, after the release of the G Watch R there was no way anyone else could release a round smartwatch without using a fully circular display. When the Moto 360 was in development early last year, we can imagine that securing such a display was pretty difficult and then of course there needs to be a place to house drivers for the display and that ambient light sensor. Still, the “flat tire” as it’s affectionately known is an eye sore and while you do get used to it, it needs to disappear in the new version. A fully circular display would make analog watch faces look much better and in general just complete the excellent look and feel the rest of the watch exudes. We’ve heard rumors of a device called “smelt” that could ship with just a display and a very nice 360 x 360 resolution up from 320 x 290 on the current version. 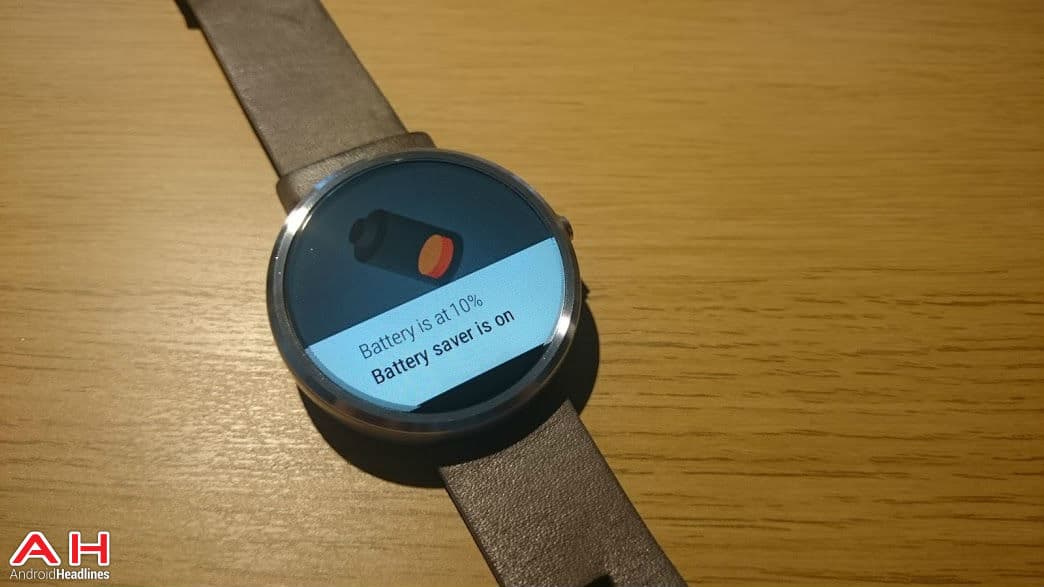 The Moto 360 has pretty poor battery life, that’s just a fact. Sure, it’s gotten so, so much better since launch and the majority of people can get through a full day and well into the evening, but compared to the original G Watch it’s still miles behind. One of the reasons for this poor battery life is the practically ancient processor inside the Moto 360. The TI OMAP 3630 at the heart of the Moto 360 is not only a processor from 2011, but it’s also built using a 45nm process. Compare that to the Snapdragon 400’s (used in the G Watch R and friends) 28nm process and we can already see why the Moto 360 has such poor battery life. While performance is comparable among the Moto 360 and its peers, that inefficient CPU sucks more power due to its age. It goes without saying that the next generation of the Moto 360 needs a modern processor that uses less energy and can extend battery life. 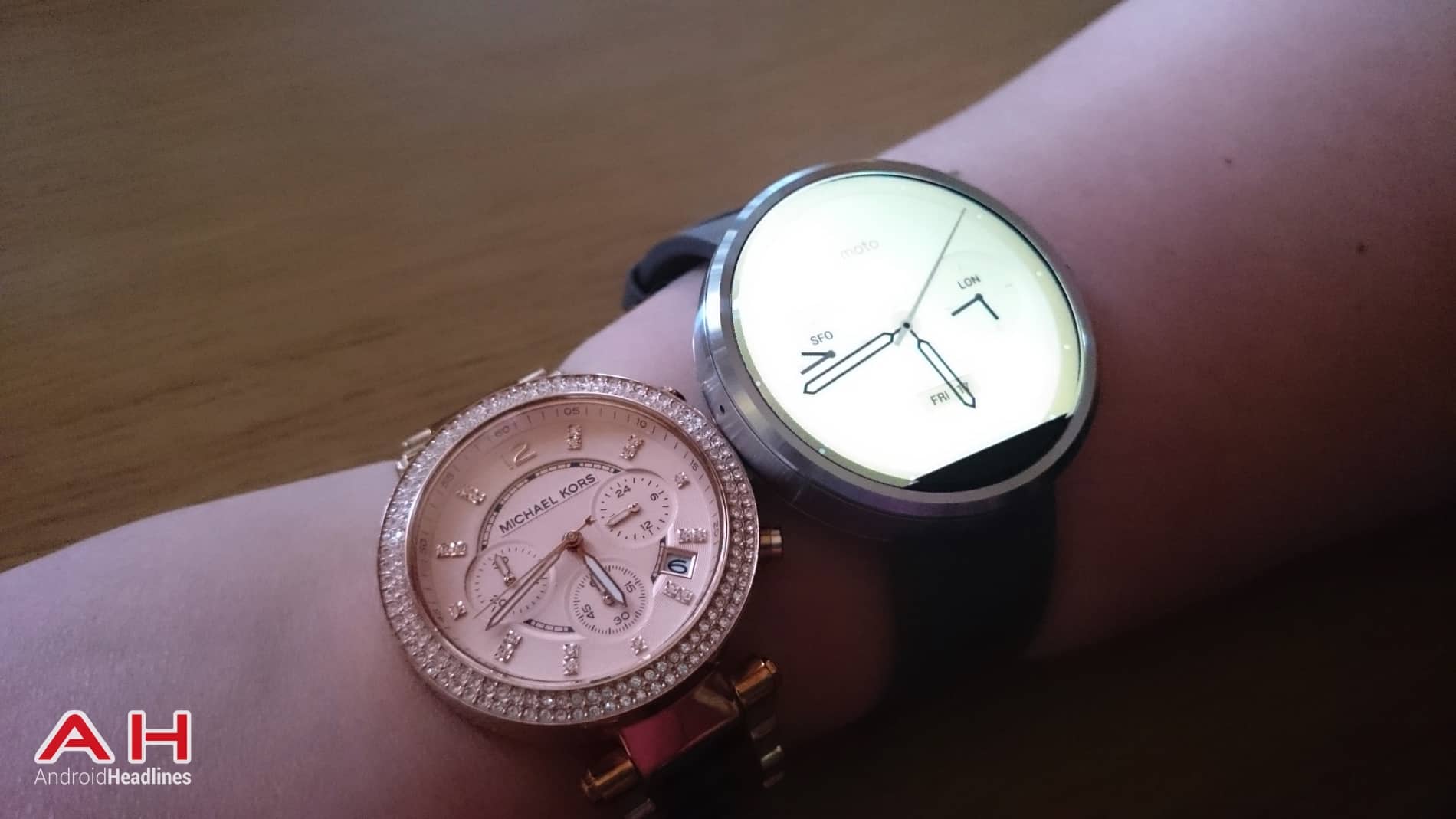 It’s not always nice to give Apple some credit, but shipping the Apple Watch in two different sizes is actually a pretty good idea, in my opinion. The Moto 360 is nowhere near as big as you think it is in person, but it’s still pretty big. The above is a shot of my girlfriend’s arm and the Michael Kors she’s wears daily and she considered that to be a “big watch” so compared to the Moto 360 which is bigger still, it’s clear that there’s work to be done bringing the size down. I’m not trying to say that women should wear smaller watches, far from it, but from the women in my life I hear that the Moto 360 is just a tad too big for their liking. Everyone is different though, and a smaller – or larger – option isn’t just about women, either. I know some people that adore massive, stupidly sized watches and would probably grab a 360 if it were 25% larger, I also know people who are confusingly thin that would prefer something smaller. Different sizes would make the Moto 360 even more appealing than it already is. 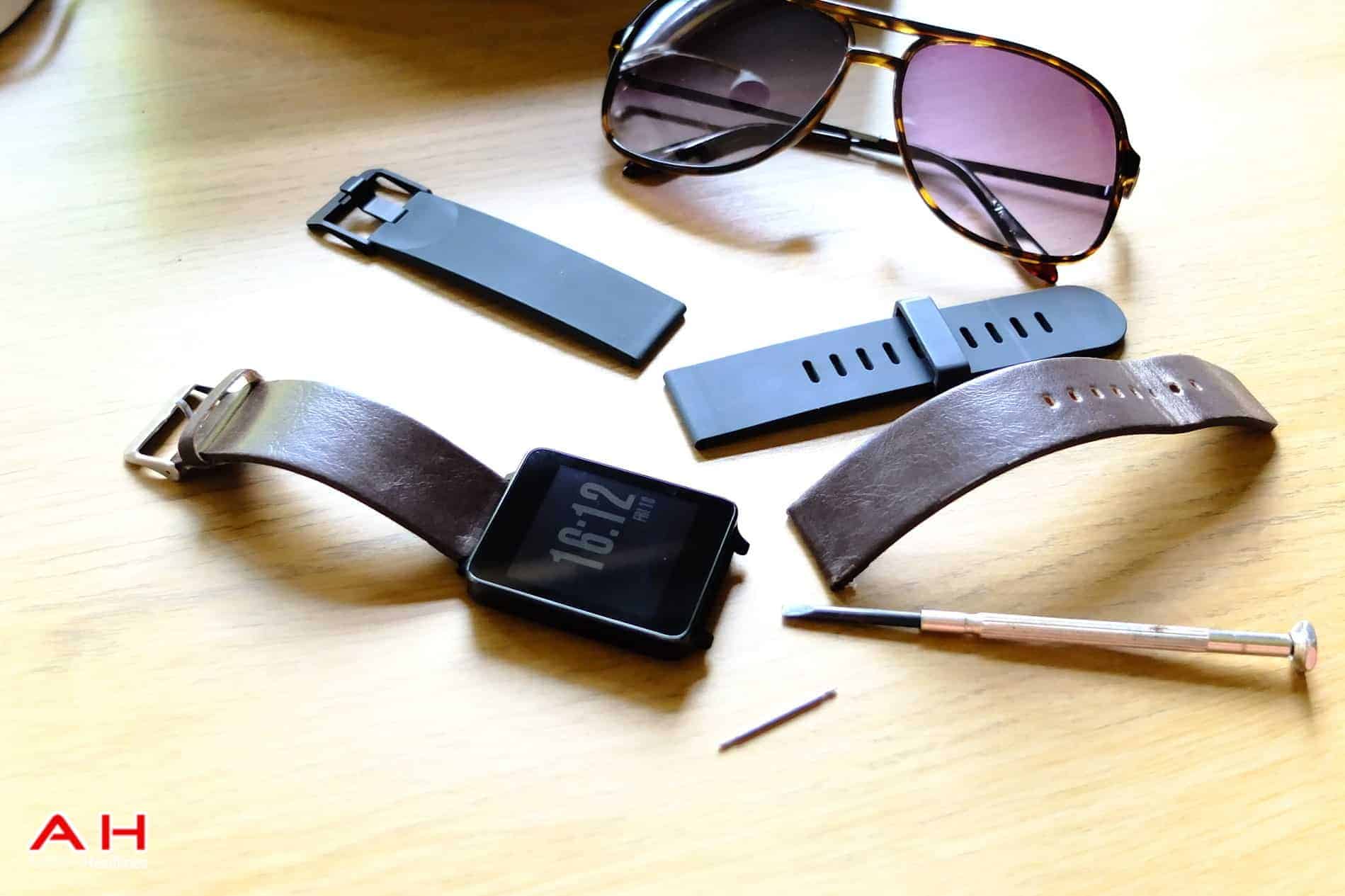 You know what the ugly duckling G Watch had going for it? It was just as easy to change the strap as it was on any watch ever made. The Moto 360 on the other hand? Yeah, not so much. The G Watch, and the G Watch R for that matter, feature 22mm band fittings to make it easy to take it to a jeweller and change the band and you know, make it feel like you have a watch. I totally understand Motorola’s stance on their design and I would only ever pair mine with a flat leather band, but it needs to be easier to change. It’s a standard 22mm fitting as well, but there’s a sort of wedge underneath that requires you to either notch out a triangle in your preferred leather replacement or get the power tools out for a different steel band. Sadly, this was due to the fact that different straps could apply too much pressure on the watch casing and cause it to crack. Both of these problems need to be fixed. If the Moto 360 wants to be the timepiece Motorola says it is, then we should be able to change straps with relative ease, just like every other timepiece on the market.

Moto Maker is one of Motorola’s strongest assets and since it came to the Moto 360, people have come back to the watch, or those looking for something different have pieced together their ideal version. However, with not much to choose from other than different leathers, a couple metal bands and different size bands there’s just not much on offer here, at least not compared with the excellent Moto X options, that is. Leading on from the above points, more watch bands and different sizes would help make Moto Maker more populated and appeal to even more users. One of the reasons many watch wearers will swear off smartwatches is because they enjoy heading to a jewellers, choosing different straps, trying watches on and engaging with people. The Apple Watch has got this right with Apple stores devoting much of their space to the new gadget and while Motorola might not be in a position to offer that, they could use Moto Maker to create an almost digital equivalent.