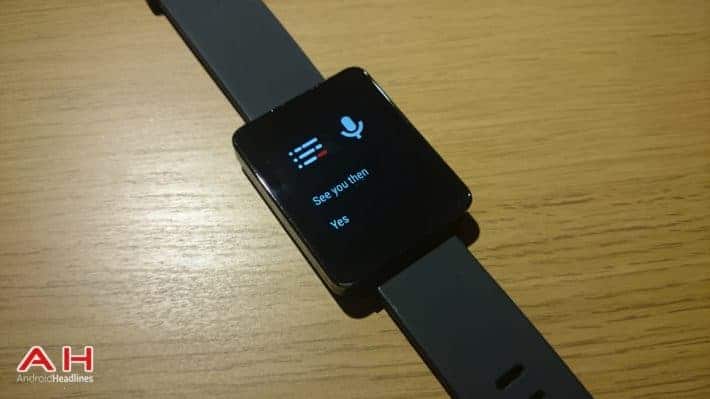 One of the things that excited me most about getting an Android Wear device was the ability to quickly and easily respond to text messages from my wrist. When I first got my LG G Watch last Summer, I was having good fun with that feature, my friends and family in the UK use SMS pretty much exclusively, so Android Wear did everything I wanted it to pretty much right away. However, the novelty of talking to my watch soon wore off and then I noticed the looks I kept getting in public, not that I used my watch to send SMS messages exclusively or anything. This sort of behavior might look normal in New York or LA, but not so much in Middle England. So, for the last few months I've been using Coffee SMS on Android Wear under recommendation from Kristijan, and it's a great way of taking advantage of Android Wear while on the move in a subtle and somewhat incognito way.

Coffee could not be easier to set up. You just choose a selection of favorite contacts to choose from when sending a message, and just use the "Reply via SMS" button as normal when you get a text from anyone else. On your phone, you can set up and easily organize two different lists of messages, one for replies and the other for actively sending a message. Both of these are great, and it's helped me make the most of my watch when on the go without getting funny looks or feeling conscious about talking to my watch. Most of my interaction when moving around concerns asking where my girlfriend has gotten to when out shopping, letting friends know I am on my way, or confirming that I am still coming to a party or whatever. Coffee has made it much easier to send a message without getting my phone out and I no longer get the whole "Did you just talk to your watch?" thing in public any more.

Voice control on Android Wear is great, and I still use it to ask Google questions and such, but I don't need to live in the future all the time. For those moments when you have to reply quickly, but don't want to take your phone out, Coffee lets you reply without hassle, misheard messages or funny looks. You can take a look at the phone setup in the gallery below, and if you have yet to download Coffee before you can do so from the Play Store here.