Not too long ago, Google released Android 5.1 Lollipop as the next release of Android. So close to the release of Android 5.0 you might be wondering why Google released 5.1 and well, in the new features present in this release it looks like Android 5.1 was about closing off some serious bugs and adding some polish to the new platform. However, there’s one bug that remained unfixed, the memory leak bug affecting users on devices like the Nexus 5 and others. A new release, dubbed Android 5.1.1 appears to be in the works if a recent sighting in the Android SDK Manager is to be believed.

9to5 Google recently spotted the new listing via a tip, and having had the chance to check things out for ourselves, we can in fact confirm that Android 5.1.1 is listed in the official Android SDK Manager downloaded from Google. The release is listed with an API Level of 22 which isn’t much of a change, suggesting to us that this is a bugfix release for Android 5.1, and could finally bring with it an end to the memory leak issues. It could also be the first release of Android 5.1 for the Nexus 9, which has yet to get the update over-the-air or otherwise.

Right now, we can only speculate at what the new version of Android will bring with it, but if history has taught us anything when it comes to Android releases, we shouldn’t expect a huge amount from this new release. After all, Android 5.1 bought with it the extra polish and fixes, now Android 5.1.1 could be coming along to further clean things up and tighten things up. You can take a look at an image of Android 5.1.1 listed in the SDK Manager and I’m sure developers out there will no doubt have already seen it appear in their workflow. Hopefully, a push to the AOSP and a release to Nexus devices isn’t too far away and maybe this will finally bring an end to memory leaks on Android Lollipop. 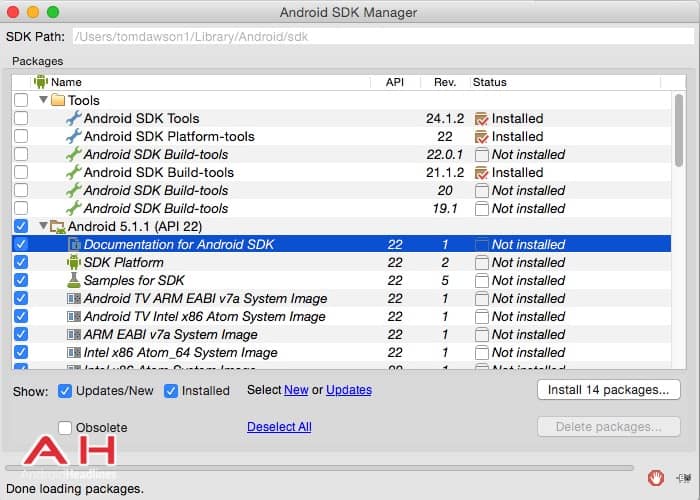