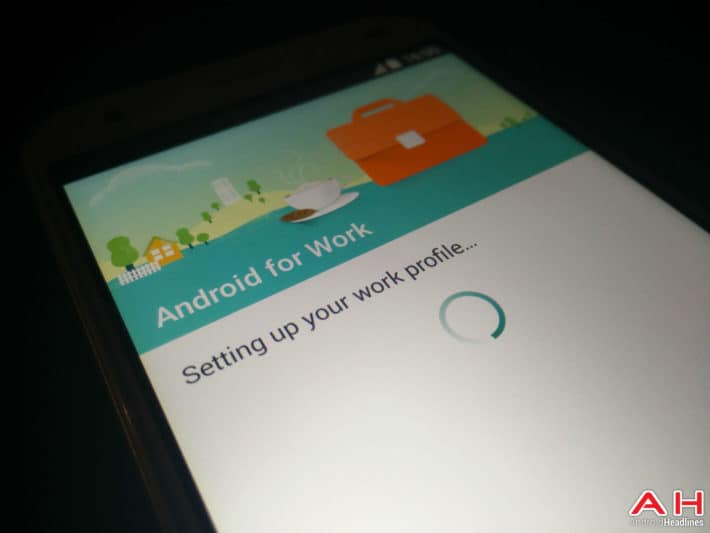 A couple of months ago, Google made an announcement unveiling Android for Work. The actual premise for Android for Work had been originally announced back at last year's I/O event. However, the more recent announcement was designed to fully explain what Android for Work was really about, what it can do and how it can benefit you. The short of the announcement was that the service was an ideal way to utilize 'bring your own device' (BYOD) to work. User's could in effect use one device to create two completely different profiles (in all respects) which are separated at the system level and therefore, independent of each other. As a result, Android for Work offers both the user and the company, a way to both protect themselves from each other. The user benefits from a dedicated work profile to which the company cannot access and the company benefits from not having to worry about data leakage through employees using their own phones or installing the wrong sort of apps on their work phones.

During the recent announcement, it was also announced that the new Android for Work features would come baked-in to devices running on Android 5.+ (Lollipop). However, not content on allowing users running on android below Lollipop (Android 4.0 and up), Google also announced the launch of an app which would assist those non-Lollipop devices to access the same sort of functionality. Well, if you are currently running a non-Lollipop device and had been waiting for the app to become available then now is the time.

The Android for Work app has now landed on the Play Store and is available to download (source link below). As you would expect. the app is free to download and will work with any Android device running Android 4.0-4.4W. However, it does need to be pointed out that if you are already running Android Lollipop you will not be able to install the app. If you are interested in grabbing a copy of the app and seeing if Android for Work could be of benefit to you, then hit the source link below to head over to the Play Store listing.