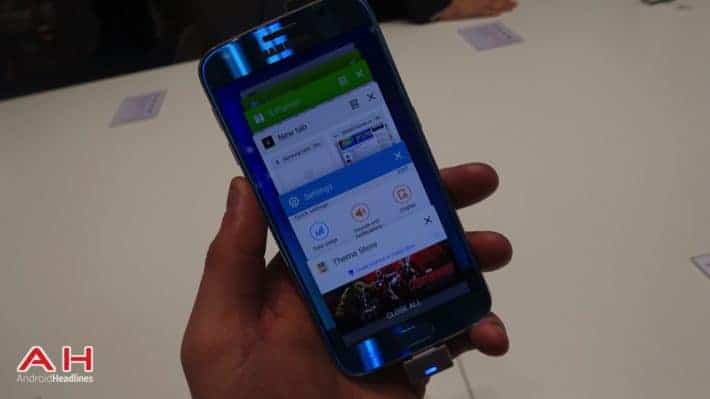 Right now, Samsung's newest smartphones are available on Amazon for pre-order. That's the Galaxy S6 and Galaxy S6 Edge. They are available for Verizon, Sprint, and AT&T right now, and also available in 32GB, 64GB, 128GB and the black, white and gold colors. So plenty of choices out there. Amazon is also offering $30 in apps credit for the Amazon App Store if you pre-order the Galaxy S6 or Galaxy S6 Edge through Amazon. So on top of all the other freebies that Samsung offers you when you buy their devices. Better than nothing, as you won't get that when you order either device from a carrier.

Both of these devices were announced by Samsung about a month ago in Barcelona for their Unpacked event. The Samsung Galaxy S6 and Galaxy S6 Edge are some of the most beautiful smartphones Samsung has ever made, with a glass back and metal frame. Not to mention the top-of-the-line specs that Samsung put into the devices. They include a 5.1-inch QHD AMOLED display, Exynos 7420 processor along with 3GB of RAM. There is no microSD card slot nor a removable battery this time around. However, Samsung does have the device in 32GB, 64GB and 128GB configurations, and all three are available at time of launch. Which is something we don't typically see from Samsung.

The Samsung Galaxy S6 and Galaxy S6 Edge will be available globally on April 10th, which is just over a week away. On that same day the HTC One M9 will also be available for purchase, although some pre-orders have already been received. Samsung has done a great job this year with their flagship devices, and you can pick them up from Amazon now using the links below. And grab that $30 Amazon App credit as well! And use it to pick up a few new games or apps, to go on your brand new Samsung Galaxy S6 or Galaxy S6 Edge.