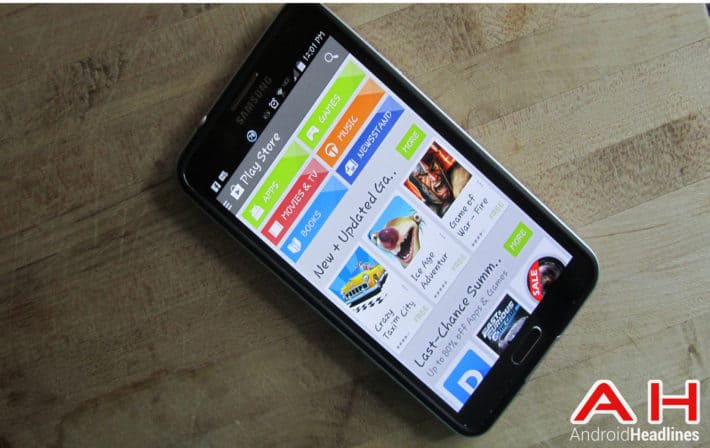 When developers create an Android app or an Android game, whether or not it's their first or tenth offering it's always an interesting decision where making money is concerned. Ads have seemingly saturated the market and users are growing tired of them. However, in the same vane users are offered unprepared to pay a lot for a game upfront. Advertising inside of an app or game on Android still remains one of the most lucrative ways to monetize your app, and as recent figures from Millennial Media's 'State of the Apps 2015' reveal, advertising inside of apps is now up to 82% while monetizing apps themselves is up 12% compared to the same study from last year.

The report is an interesting read for developers as it lets them know what their peers are up to, and offers guidance of where the market is headed. Paid App Downloads, where users are required to pay for something upfront are down from 45% to 34%, while 82% of developers use ads inside of their apps, up from 73% last year. Unsurprisingly. in-app purchases like more coins, extra weapons and that sort of thing continues to grow; up from 33% last year to 40% of developers using in-app purchases.

Recently, we looked at ways to utilize advertising inside of an Android app without putting off users. It makes sense that more developers are turning to this method to make money from their apps. After all, choosing to go down the advertising route is essentially free, and only costs your time to implement the services. Leaving you more of a budget to spend on app review services and other promotion. Thus driving more users to your app or game, and subsequently generating more ad revenue from more users interacting with your app or game.

One interesting area in which the State of the Apps 2015 snapshot shed light on was the fact that developers were all looking to ship new apps or games in 2015. Rather than spend money on promoting older properties, the report found that developers were more interested in releasing new offerings and making them available throughout the different app platforms like iOS, Android and Windows Phone. It looks like advertising is only growing and that in-app purchases are still something of a tough sell for the average user. Over time, we could see the trend moving away from in-app advertising towards in-app purchases, but for now it looks like letting players and users enjoy apps and games for free while making from advertising is the more preferred method of monetizing apps.