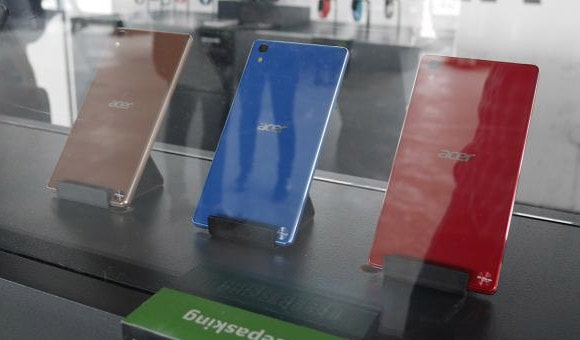 Acer has been relatively quiet for quite some time and has quite recently announced two new tablets and a Chromebook. The company has announced an 8-inch and 10-inch tablets and a 15-inch Chromebook. All of these devices will be available in the coming months and are extremely affordable, but we're not here to talk about those. We're here to tackle the news about Acer's new smartphone, the Liquid X2. Let's see what this handset has to offer, shall we.

The Acer Liquid X2 features a 5.5-inch display, is powered by a 64-bit octa-core processor and will ship with a 4,000mAh battery. This handset features a 13-megapixel camera on the back and believe it or not, it sports three SIM card slots. This is all the specs info we have at the moment and will report back when we get some additional information regarding all that. What we do know, however, is that this handset will be available in the U.S., which is interesting. As the U.S. consumers might know, you can buy Acer's computers in the country, but Acer's smartphones are a completely different story. You really have to find outside sources in order to get those, importing is your only option. It seems like Acer wants to change that and will make the Liquid X2 available to the U.S. consumers.

That being said, this isn't the first tri-SIM smartphone Acer has introduced, the company has announced the Liquid E700 back in June 2014 which actually sports three SIM card slots as well. Just to make things clear, this was just the announcement of the device, Acer will properly launch it next Month. The handset will first roll out in Asia in August and Acer said that they hope it will be priced below $200. We're talking about its price in Asia here, it will be more expensive in other countries, we still don't know how much though. This China-based company will also sell Quick Flip covers for this handset once it launches, they will sport a very tall and narrow notification display it seems. There you have it folks, we'll report back when new info arrives.