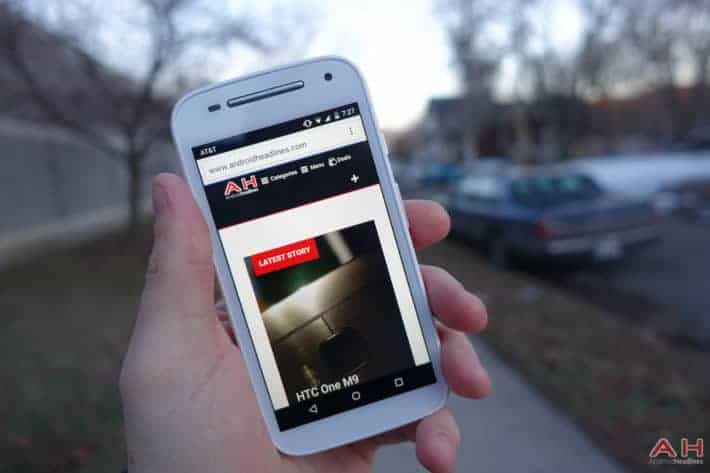 Not too long ago, Motorola launched the Moto E in a pretty interesting fashion, by sending the device directly to the press – ourselves included – without even holding an event. The idea was that people could enjoy the Moto E however they wanted to. Either way, the 2015 model of the Moto E is a great follow-up to the original, and offers one of the best Android smartphones that people are going to get at such a low, low price. The 3G version of the device recently launched in India, and now the 4G version is available for not too much more.

There's no hiding the fact that the Moto E is no flagship device, but considering it's price tag of well below RS 10,000 it would be hard to expect anything more from it. The 4G version of the device contains everything the 3G version does aside from faster wireless support and a slightly larger price tag of RS 7,999 versus RS 6,999. Those specs include a 4.5-inch 960 x 540 display, Android 5.0 Lollipop, a 1.2 Ghz Snapdragon 410 CPU, 1GB of RAM and 8GB of expandable storage. The 5-megapixel rear-facing camera is something of a disappointment, but again at this sort of price we can't expect too much more. We reviewed the Moto E 2015 not too long ago and we found it to be an extremely impressive device for the price.

4G networks might only just be taking off in India, but it is nice to see that devices necessary to take advantage of these faster speeds are already available at such low prices. In an emerging market like India, one that's packed with competition, it's a smart move on Motorola's part to price this version so similarly to the 3G version. Of course, we have to wonder why not release just one version with4G and 3G capabilities, but Motorola follow the same sort of path with the Moto G line of devices and we're sure that they just want to offer the devices for as low as they possibly can. Either way, you can now purchase the device from Flipkart for the aforementioned price of RS 7,999.