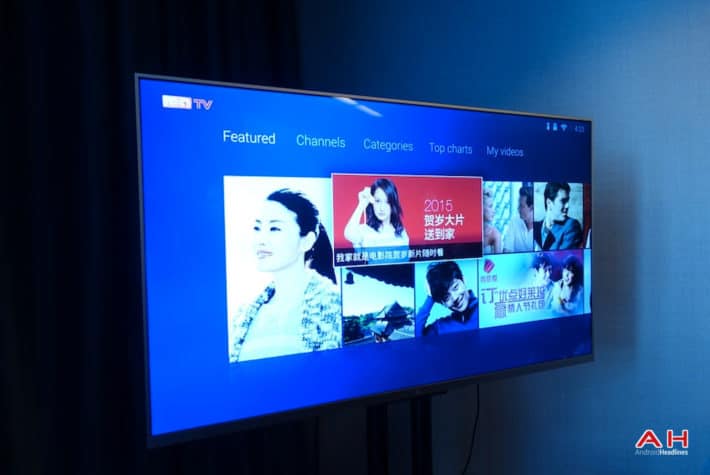 Xiaomi is currently the fastest growing smartphone manufacturer in the world. This China-based company isn't manufacturing only smartphones though, Xiaomi is releasing all sorts of smart gadgets. As part of their lineup, the company is already selling a lot of various tech, like tablets, smart TVs and all sorts of smaller smart gadgets, like smartbands and lightbulbs. The company has announced the special edition of their already released Mi Note handset yesterday, the bamboo back cover version. It seems like Xiaomi is getting ready to refresh their Mi TV as well, let's see what's what.

As previously mentioned, Xiaomi already has a Mi TV available in China, but it might be the time to release a refresh. We've seen quite a few rumors recently regarding this, and it's probably going to happen. The last TV-related announcement by this company took place last May when Xiaomi announced the 49-inch 4K Mi TV 2. This thing featured a 3840 x 2160 resolution and was only 15.5cm thick. MediaTek's quad-core processor is powering on this thing, and it also ships with 2GB of RAM. MIUI TV software comes pre-installed on this device, and Xiaomi included 8GB of internal storage, though you can expand it via microSD card.

Considering this TVs spec sheet, it was rather affordable. The Mi TV 2 cost 3,999 Yuan ($642) at launch. There you have it folks, it's been 10 months since Xiaomi announced the Mi TV 2, and it might be a time for an upgrade. Many people expected the company to announce the next-gen Mi TV in May, but it seems like Xiaomi is already there. We'll see what will they announce tomorrow, stay tuned.