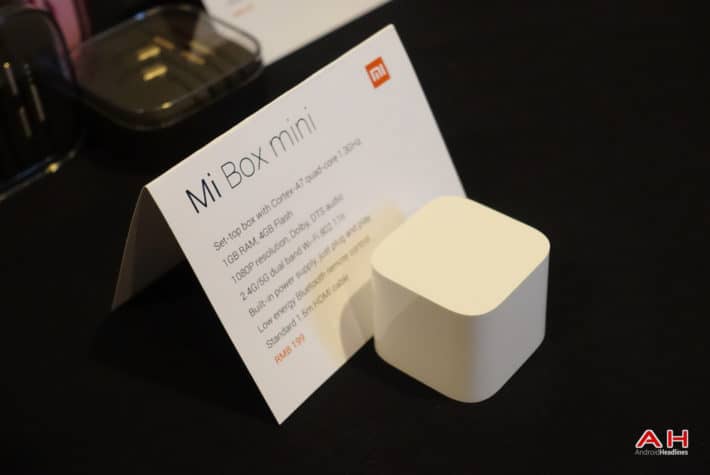 During CES in January we saw lots of new products in the consumer electronics category as well as new mobile devices like smartphones and tablets from various OEMs and manufacturers. January was also when Xiaomi held their own event to show off some of their new and upcoming devices and products for the year, which included a tiny little set-top box called the Mi Box Mini. Aside from being astoundingly small, the Mi Box Mini looks like a little power adapter you would plug into the wall and use to charge your devices, and thanks to its built-in power supply, plugging it directly into the wall is a possibility. Its sleek and inconspicuous form factor actually harnesses the power of a media streaming box for feeding users video, music and other forms of media when hooked up to their TV or monitor with an HDMI cable even if it doesn't look like it.

Up until now, the Mi Box Mini hasn't been available in many regions outside Xiaomi's home market of China, but that is all changing today. Xiaomi's Mi Box Mini is now available for purchase on a global scale so any users wishing to get their hands on this little media box will be able to do so. It isn't available directly from Xiaomi's online Mi store, but it can be found via at least two different online merchant websites which includes AliExpress and GeekBuying.

What's more, is that it can be purchased for around $50-$55(although prices will vary as these are coming from various sellers)on each site. The Mi Box Mini looks deceptively powerful, and it likely is with specs like the  Mediatek MT8685 quad core processor, Mali-450MP4 GPU, 4GB of storage, and 1GB of RAM.  The Mi Box Mini also supports HDMI video output, and supports various video codecs like MPEG 1/2/4, H.265, H.264, H.263, and VP8. For less than $60, the Mi Box Mini doesn't sound like such a bad deal, also considering it comes with a Bluetooth remote for navigation of the system, and it comes with its own HDMI cable so you don't have to go out and buy another one. The Mi Box mini is running on Android Kit Kat 4.4.2, but not as stock. Instead, it's running Xiaomi's MIUI TV experience which is based on of Android 4.4.2.