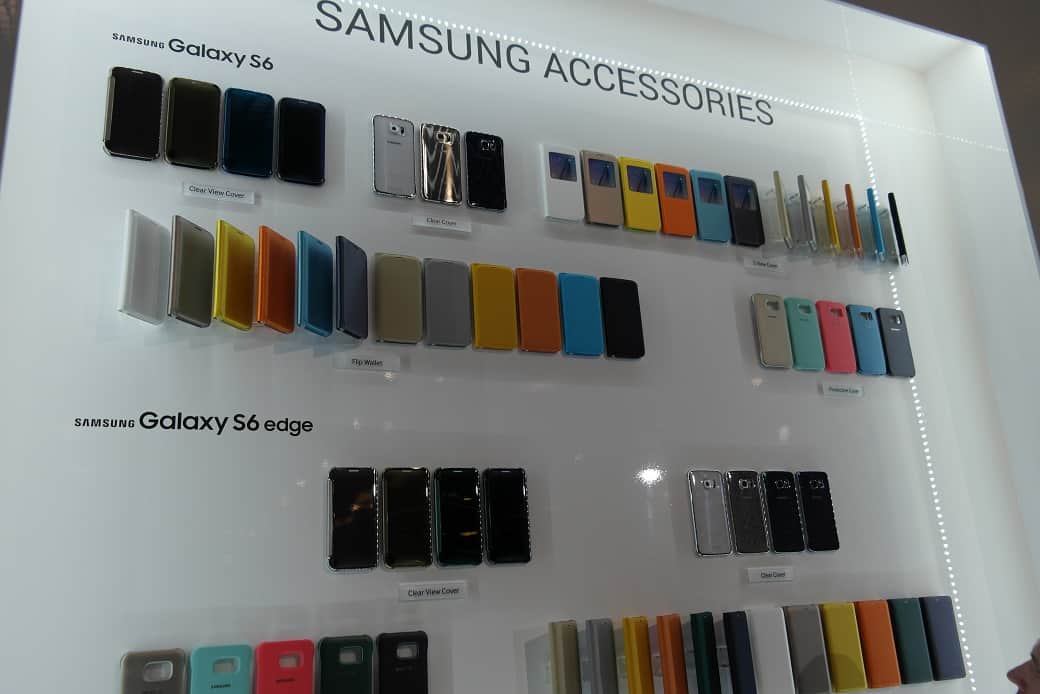 Samsung held their Unpacked press event yesterday at the Mobile World Congress (MWC) in Barcelona. The company has unveiled their much-rumored Galaxy S6 and Galaxy S6 Edge devices, and showed us a new direction they're taking this time around. Both of these devices are made out of metal (unibody design), and they will ship with non-removable batteries, unlike their predecessors. Samsung has significantly redesigned their devices, and also redesigned the look of their TouchWiz skin to some extent.

The company has also introduced a lot of their official accessories at the show: Flip Wallet, Clear View Case, Protective Covers, etc. A lot of unofficial Samsung accessories are being showcased at MWC as we speak as well. Companies like Belkin and Otter are showcasing their cases for Samsung's new Galaxy S6 flagship, while Swarovski is also there showing off their flashy case offerings as well. If you take a look at the gallery down below, you'll notice a couple of images showing of a ton of Samsung accessories for you to take a look at. This is not a surprise by any stretch of the imagination, we were expecting a lot of accessories to be showcased at MWC, no matter if we're talking about official or unofficial ones.

That being said, let's take a quick look at the Galaxy S6's specifications. Samsung's new flagship features a stunning 5.1-inch QuadHD (2560 x 1440) Super AMOLED display along with 3GB of LPDDR4 RAM and multiple storage variants (32GB, 64GB and 128GB). This handset is powered by the company's very own 14nm Exynos 7420 octa-core 64-bit processor and comes with Android 5.0.2 Lollipop pre-installed along with Samsung's TouchWiz UI on top of Google's operating system. 16-megapixel OIS camera is located on the back of this device, and a 5-megapixel snapper is available at its front side.

That's it folks, in case you'd like to get more specifications details on either the Galaxy S6 or the Galaxy S6 Edge, follow the provided links. Let us know whether you intend to purchase either of these devices once they're available in your region.