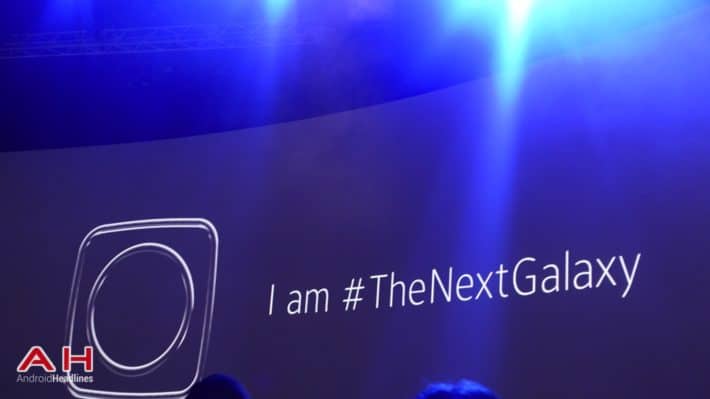 As with HTC, it looks like Sunday is the big day for Samsung this year, with Unpacked 2015 being held this evening in Barcelona. MWC 2015 doesn't officially open its doors until tomorrow, but that's not going to stop Samsung, is it? This year, we're expecting big things from Samsung, not only are we expecting yet another Galaxy S flagship, but also the Galaxy S6 Edge, a device with two smaller screens curving off of the main display. This would be the first time that anyone has tried to produce a device with a flexible display for the mainstream market. The Galaxy S brand is one of the biggest in the mobile game, and if there's any name in the business that can convince consumers flexible displays can be useful, it's Samsung.

We've seen the Galaxy S6 leak out a number of times over the past few weeks, but that doesn't mean Samsung doesn't have some surprises in store for us. We still don't know what they have in store for us on the software front and they could even have some more goodies in store for us. Either way,we're sure it's going to be an exciting time for Samsung fans and the mobile industry in general. We're live at the event, but if you want to join in you can watch the livestream down below. We'll be in attendance, and as soon as we have the news, it'll be ready for you to read on our front page.