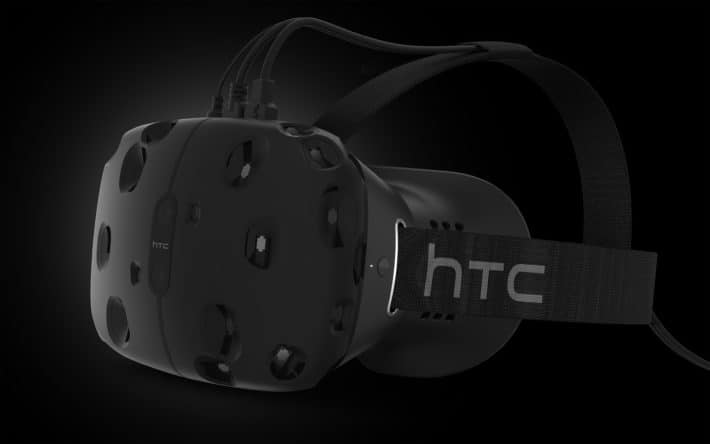 Some of HTC's biggest news during Mobile World Congress was their announcement that they would be entering into the virtual reality space to create a VR headset by partnering with Valve, known for popular games like Team Fortress 2, DOTA 2, and Counterstrike GO, but most notably for the gaming platform that all three of those titles play on. The PC client known as Steam. HTC's move into virtual reality gaming, as they're most likely to do since they're getting help from a huge name in PC gaming to see this project through, is a bold one if nothing else, but it also might be a smart move on their part, as gaming continues to be a huge market.

One of the biggest challenges might not be going up against companies like Samsung who already have their own Gear VR headset out on the market, but actually getting developers to create for the platform. That is unless you have a company with deep pockets like Valve on board who is willing to allow developers to apply for free Vive units. According to Ars Technica, Valve will be giving away developer units to interested developers sometime after the sign up sheets go live, with a small handful of developers already on board with free Developer Editions in hand, most notably the development teams behind popular games like The Room and Surgeon Simulator.

When speaking with Ars, Valve spokesperson Doug Lombardi stated that developers who apply and are qualified to receive a free Developer Edition of the HTC Vive will receive the units at no cost "at least initially," which should be enough to at least get interested developers a little excited if not extremely passionate about the project. The Vive Developer Edition is slated for a Spring roll out to those who end up qualified and approved to receive the units for free, and will come complete with the headset itself, two controllers and two base stations so that developers can begin creating content immediately. While the Developer Edition of the headset will cost nothing for those who Valve deems worthy, once the HTC Vive hits the market for consumers, it's said to be coming in at a "slightly higher price point" according to HTC, and will be focused on delivering a premium VR experience targeting the high-end of the market.