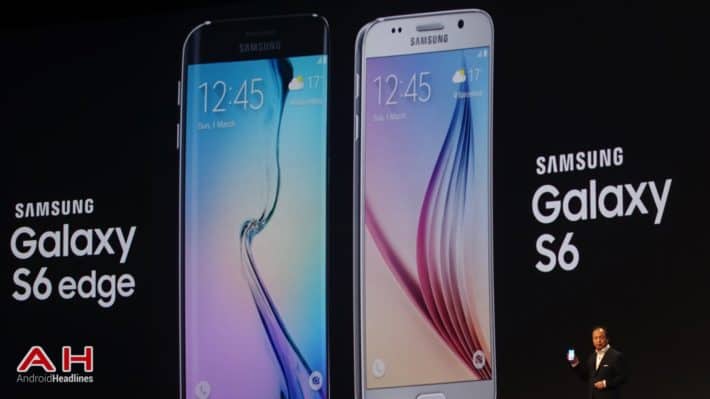 By now we all know that the new Samsung Galaxy S6 and Galaxy S6 Edge were officially announced at the UNPACKED event at Mobile World Congress (MWC) today and so far, reception seems to be favorable.  While these announcements are full of big, exciting pictures and lists of the devices' features, they rarely ever discuss the actual availability or pricing.  Our source was able to land the official pricing directly from Samsung officials right at MWC…of course the prices were given in Euros, but we translated them into US dollars.

We have to point out that even though I am showing the price in US dollars, this is European pricing, so pricing within the US may actually be a little less or, God forbid, higher.  There is to be an April 10 global release of the two devices so more details on pricing should start to appear over the next couple of weeks.  We will keep you posted just as soon as we find out how the US carriers will start pricing…we do know for certain that all major US carriers and many minor ones will be selling both devices.

The new Samsung Galaxy S6 and Galaxy S6 Edge now sport the QHD display, 64-bit Octa-Core processing, 3GB of RAM and a minimum of 32GB of storage with no room for expansion this time. Please hit us up on our Google+ Page and let us know what you think of the new Galaxy S6 and Galaxy S Edge models.  Do you have one of them in your radar as your next smartphone or will you be passing it up for another model or do you simply think they are priced too high…As always, we would love to hear from you.