Skip to content
Trusted By Millions
Independent, Expert Android News You Can Trust, Since 2010
Publishing More Android Than Anyone Else
25
Today
177
This Week
638
This Month
6599
This Year
124126
All Time 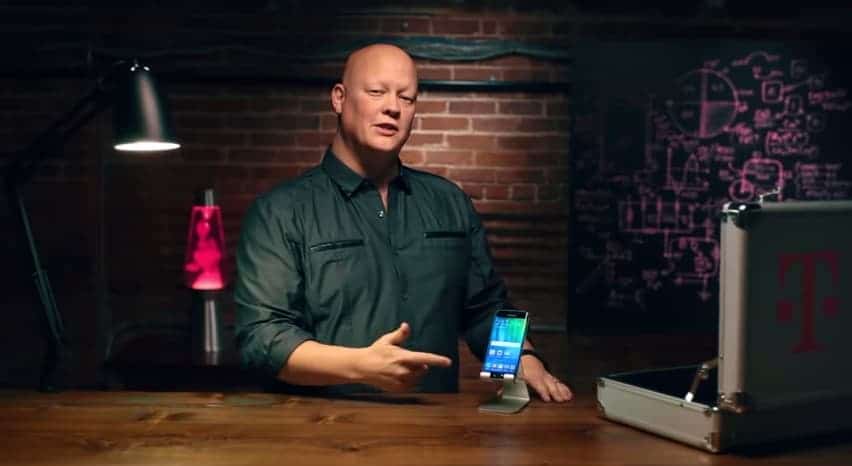 T-Mobile has given us a couple of “exclusive, hands-on First Impression videos of the hottest smartphones unveiled at Mobile World Congress” in case anyone was wondering what Team Magenta thinks about these new flagship phones. The company is, of course, excited about all of the new flagship devices from HTC and Samsung. They should be. They will undoubtedly sell millions of them and make a ton of money. Both of these phones look fantastic, and Samsung has actually impressed us with the Galaxy S6 Edge. The cameras on these new phones are much improved all the way around, with Samsung again taking the lead with their new 16-megapixel, F1.9 lens.

The Galaxy S6 sports a 5.1-inch QuadHD (2560 x 1440, 577ppi) Super AMOLED display on the front, while it ships with 3GB of LPDDR4 RAM and multiple storage options, you can choose between 32GB, 64GB and 128GB models. The flash memory that Samsung used here are actually the company’s newest UFS 2.0 units which allegedly work 2.7 times faster than the regular eMMC 5.0 units used in today’s smartphones. Samsung’s very own Exynos 7420 processor (quad-core 2.1GHz + quad-core 1.5GHz) is powering on this beast, a 64-bit octa-core processor built using 14nm process. This chip handles power consumption like a champ according to Samsung, it has 30-35% better battery life compared to 20nm chips that are currently out in the market. Mali T760 MP8 GPU ships with this SoC and is in charge of graphics processing. 2,550mAh battery (quick charging technology included) ships with this device, and should be enough to last you through the day in combination with Samsung’s newest chip.

The HTC One M9 features a 5-inch 1080p (1920 x 1080) IPS LCD display along with 3GB of RAM and 32GB of internal storage (21GB user available out of the box). This handset is powered by Qualcomm’s latest and greatest chip, the Snapdragon 810 (MSM8994). This is a 64-bit octa-core processor we’re talking about here, and comes with an Adreno 430 GPU for graphics. HTC has included a 2,840mAh battery in this device in order to keep you going at least until the end of the day, and there’s also a microSD slot included with this device which lets you expand the internal memory.