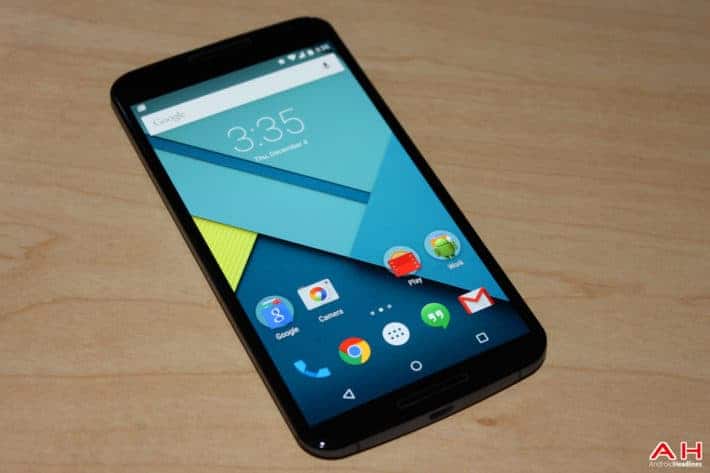 The Nexus line of devices are currently knee deep in their Android 5.1 (Lollipop) updating. For those who have not been keeping track of the news, a couple of weeks ago Google finally officially introduced the latest Android Lollipop update in the form of Android 5.1. This had long been rumored but took its time being formally introduced. The update is an step-up from the initial Android 5.0 level and brings with it a number of more major bug fixes and performance improvements. Not to mention, quite a few newer feature and security enhancements including the much reported 'Device Protection' feature, as well as many others.

Since, it's unveiling, Google have been on their typical Nexus update rodeo where devices are being routinely updated with 5.1 being sent out as an OTA. However, when you will receive your update is largely dependent on your device and then, on your carrier. If you are running a Nexus 6 smartphone, then your updates have been arriving pretty fast. The Nexus 6 updates all began with the general Nexus 6 update which landed in the form of build LMY47D. This was then followed by the news about a week ago that T-Mobile were beginning to roll out their specific and unique carrier Android 5.1 build in the form of LMY47M. This was also followed by the more recent (unconfirmed) reports that AT&T devices had began to see their update landing too.

Although, the T-Mobile news came on March 19th, T-Mobile had announced that the update actually begun to be rolled out from March 16th. As such, a number of T-Mobile users will have already seen the update land as an OTA. If, however, you have yet to see the update pushed out to your device then the OTA is ready and available now to download and install yourself. Click the link below to start the automatic download. The link is a direct from Google download and as such, there are no issues with downloading the file, which is signed. It should be remembered this is for the T-Mobile variant of the Nexus 6.