Moto Joe is an Android game that puts you behind the handlebars of crazy Joe's motorcyle when you need to jump and perform stunts in order to keep going and score points. The more obstacles you overcome – like flaming pits and spikes – the more points you'll collect and the higher score at the end of your game will be. There's a good selection of bikes to unlock and by collecting more coins you can remove ads and redeem shields to be used as you try to beat your previous high score. Moto Joe is a game that's full of retro charm and addictive gameplay. Read on to see what we thought of it.

To get started with Moto Joe for yourself, downloading it from the Play Store is all you need to do. 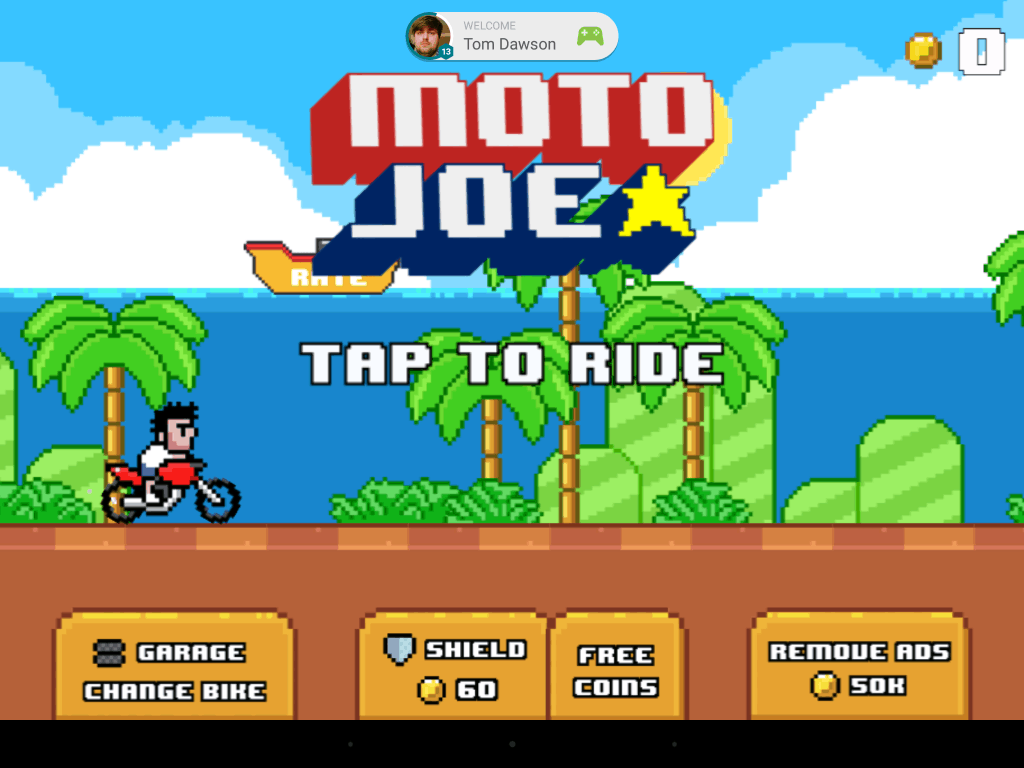 You simply need to tap in order to get started and when you're playing you tap to send Joe flying in a stunt and dodging obstacles like the fire and the spikes. 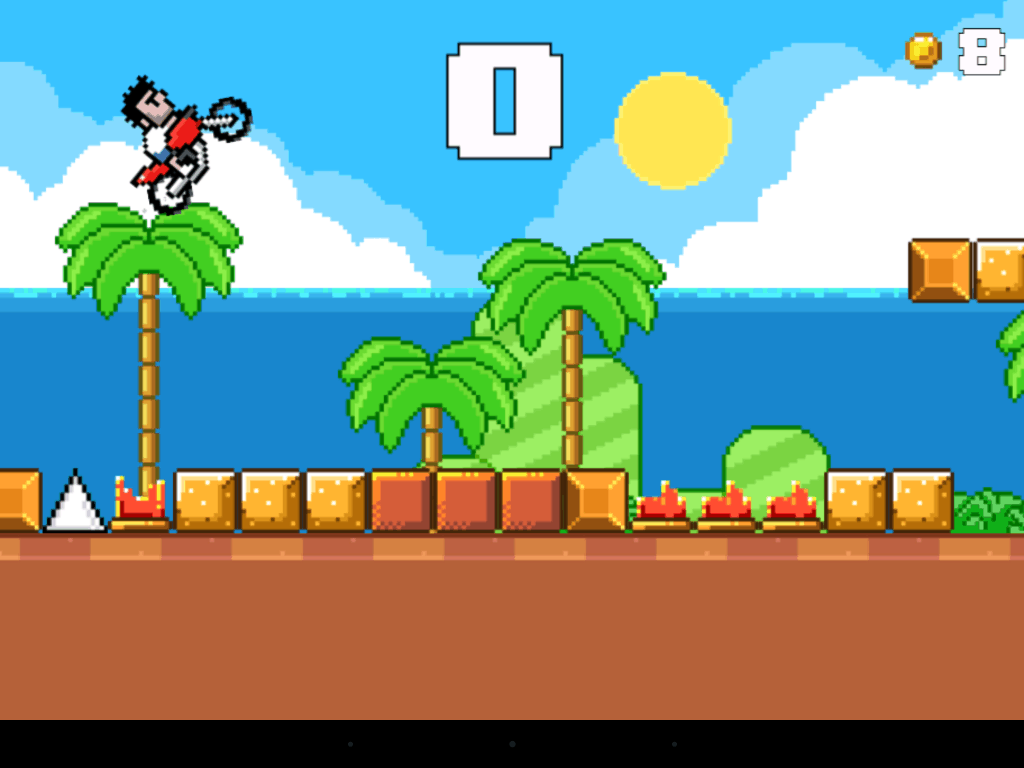 If you hit an obstacle or something then that's it, game over. 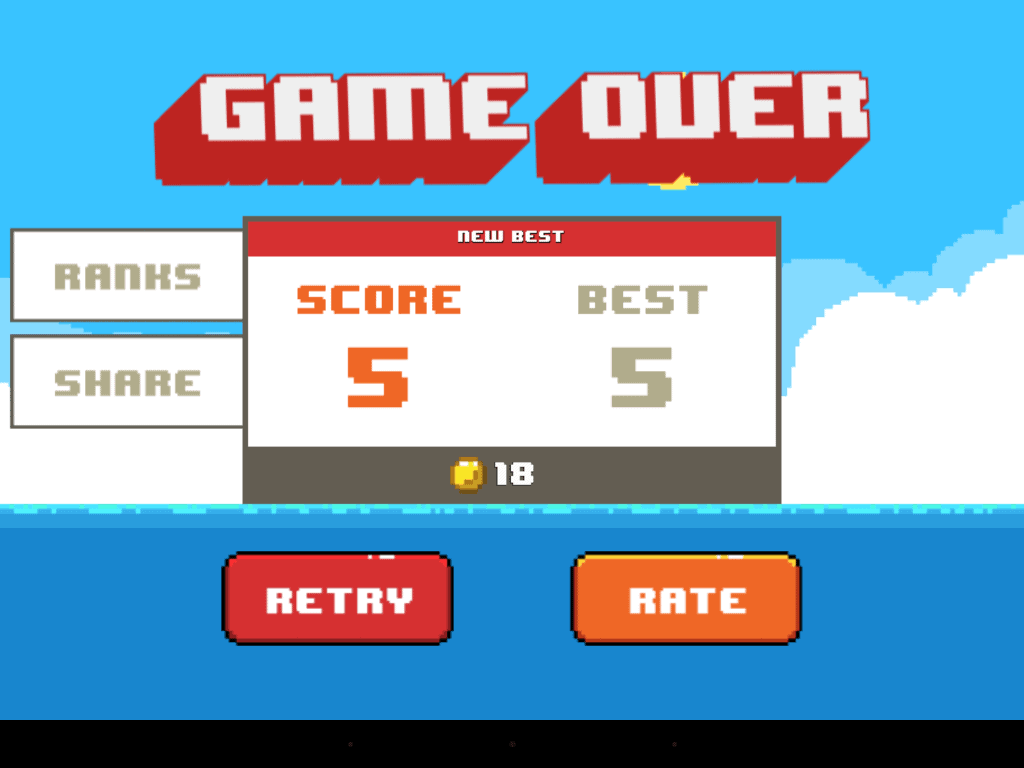 Clearly, I'm not very good at Moto Joe, but once I save up enough coins, I can go ahead and purchase a new bike which might help me out somewhat. 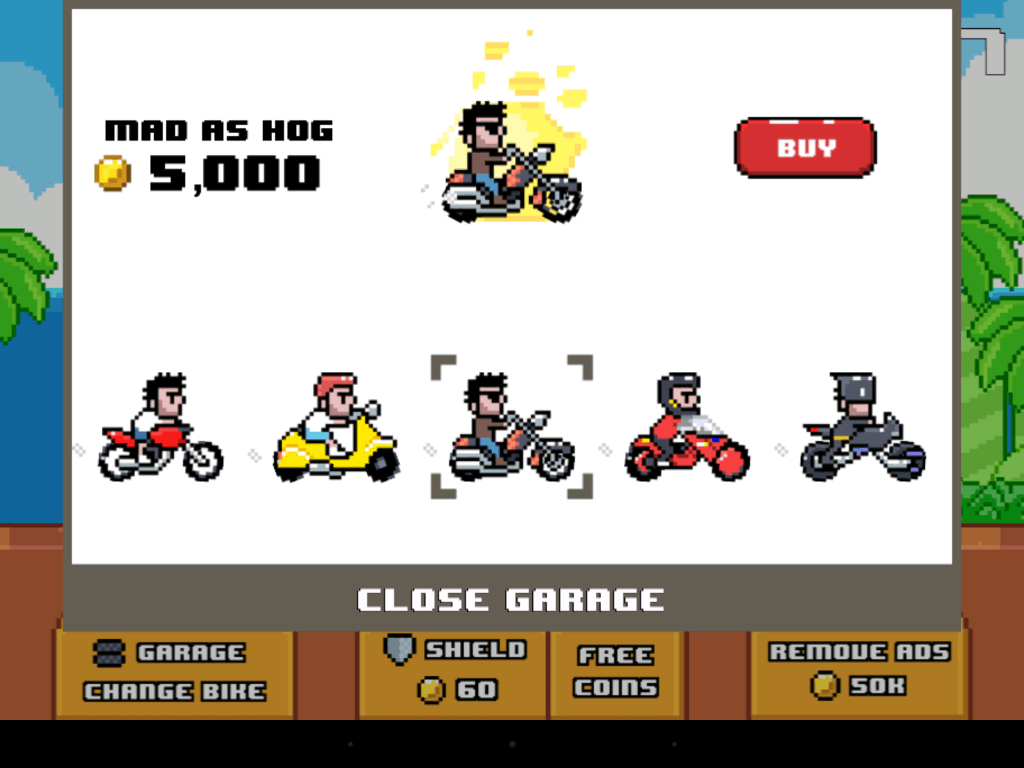 For the more immediate, and less expensive help, you can pay for a one-off shield as well. 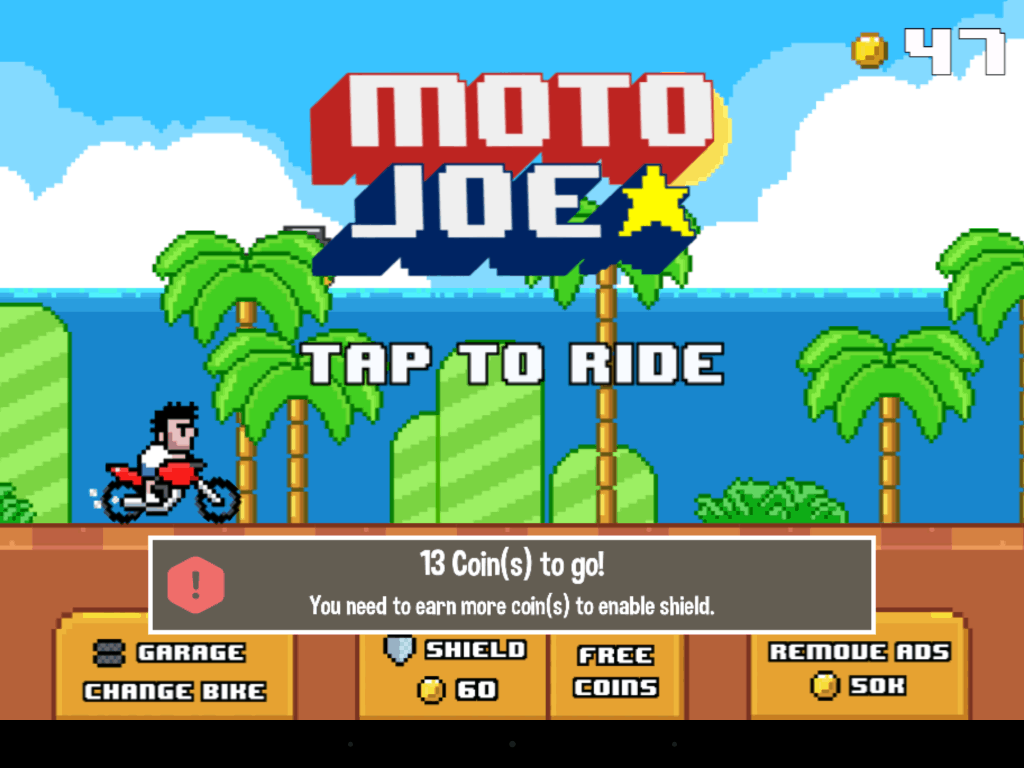 Over time, you'll be able to perform better stunts and of course, achieve higher scores. 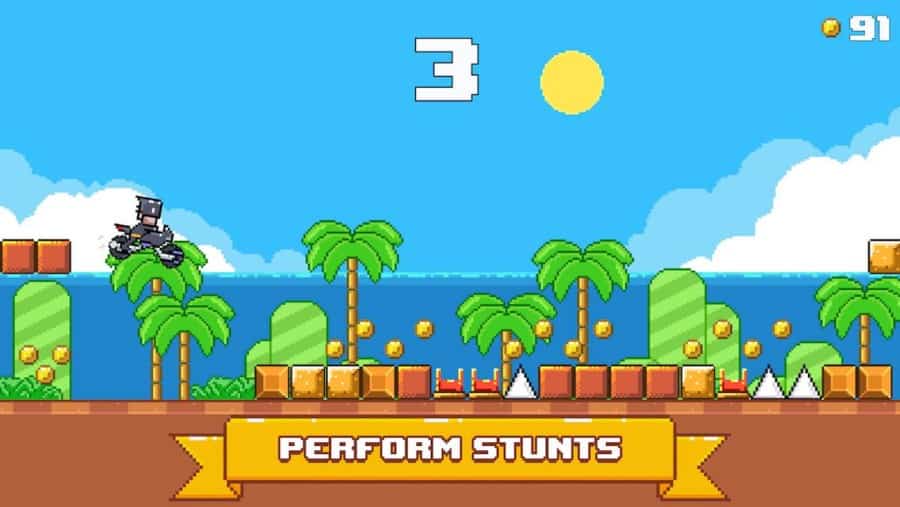 Moto Joe isn't what you'd call a revolutionary mobile title, and in fact there's not much to it beyond Flappy Bird on a motorcycle. I'm being a little unfair of course, but in practice that's what the game feels like. That's not all bad though, as this sort of gameplay is still a lot of fun; it's infuriatingly difficult and also extremely addictive, too. With the right sort of gameplay style, you can really start to enjoy Moto Joe and I'm a little disappointed I'm not that good at the game, but I just need some more practice. The different bikes are a lot of fun and there's definitely room for progression as you churn through your previous high scores. There's good Google Play Games integration as well, and the game definitely has some retro charm to it. The coin system is a little lopsided and it can be overly difficult at first, but Moto Joe is an arcade style game that certainly grows on you.

Moto Joe might not be a revolutionary mobile title, but it's good old-fashioned fun for all ages. It's a pick up and play game that doesn't ask much more than decent reaction times from players and it's difficult enough to satisfy the majority of demanding players. With more powerups and more coins available when you play, Moto Joe would become a more accessible game that all ages will take to.