Circle Dodge is a game for Android that, quite simply has you dodging circles. The aim of the game is to move the blue dot around the circle, avoiding the red dots. You tap to move the blue dot around the circle's outline, and you can tap again to switch, you keep on switching to let as many red dots through the circle in order to gain points. The red dots must not hit the blue dot, otherwise it's game over. You only get one life, and the game is dangerously addictive, and super-simple to play. If this sounds appealing to you, then read on to see what we thought.

To play Circle Dodge yourself, you'll need to download the game from the Play Store. Then you can start playing. 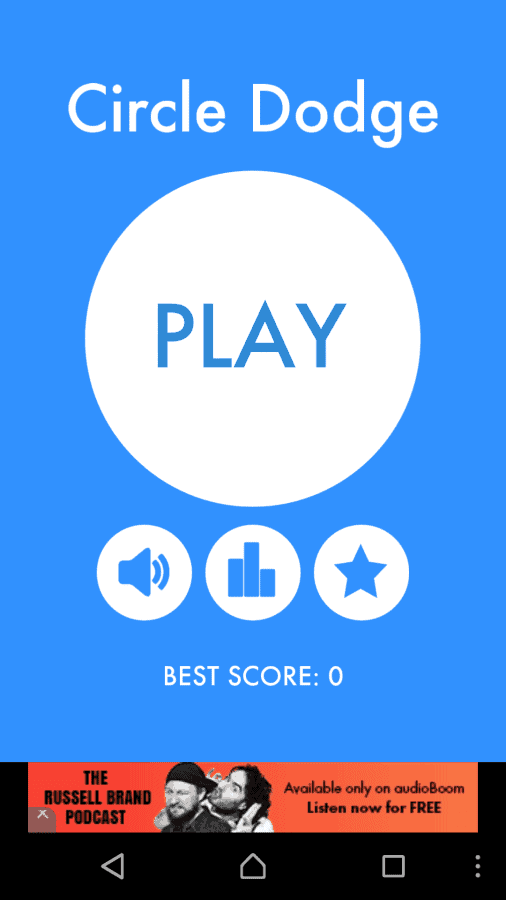 There's no tutorial or any sort of guidance to help you get started, but as I said above, it's not exactly rocket science. The blue dot will begin to move after a second or so, and then the red dots will start flying from the top and bottom of the screen. 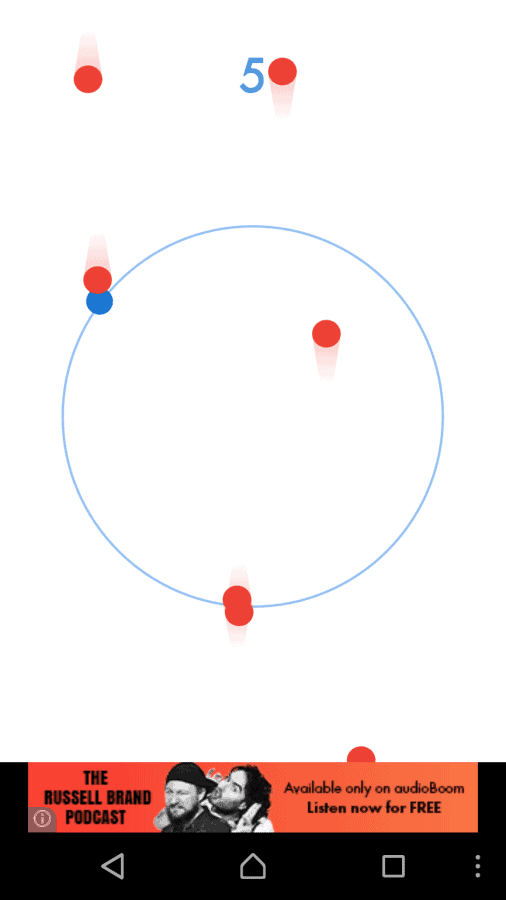 The above shot is a good one, as you can see I've not been quick enough, and the blue dot has hit a red dot. This is the end of my game right here, as I didn't react quickly enough. 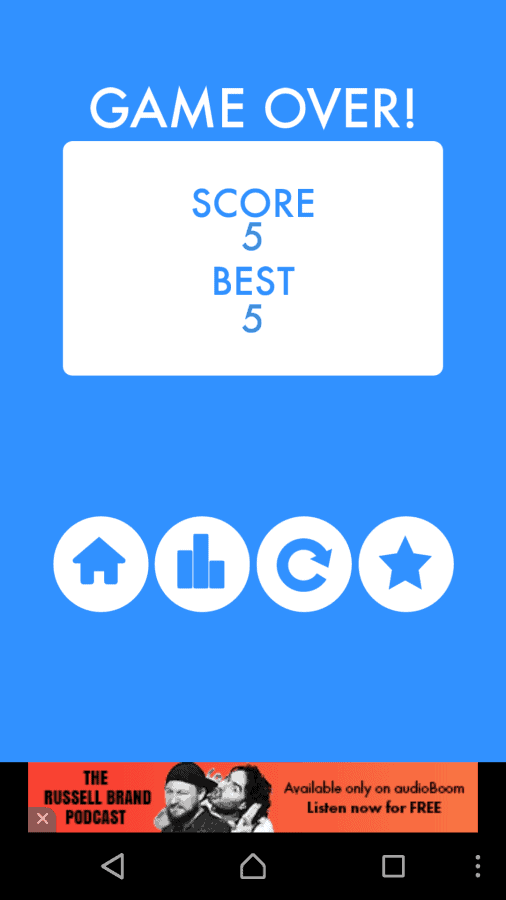 I quickly learned that a good tactic was in fact to let the blue dot circle more space around the edge, rather than zig-zagging back and forth. This takes some serious concentration however, and it can be difficult to keep up with. 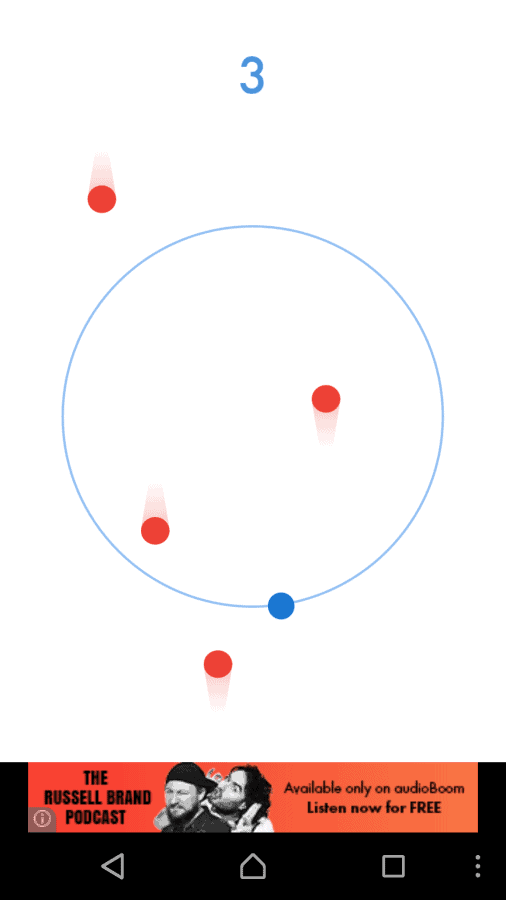 After a little while, I was able to get some decent scores, and I was even getting achievements along the way. 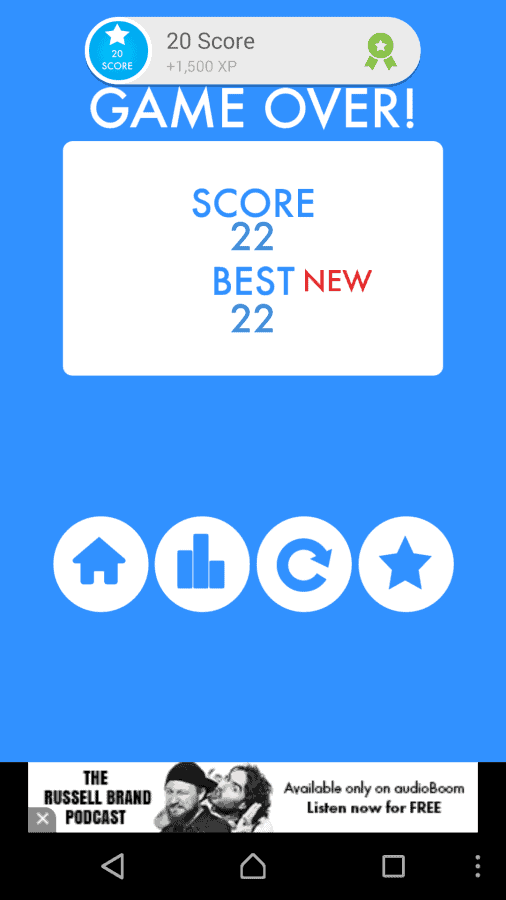 My scores however, pale in comparison to the crazy scores that people all over the world have managed to achieve: 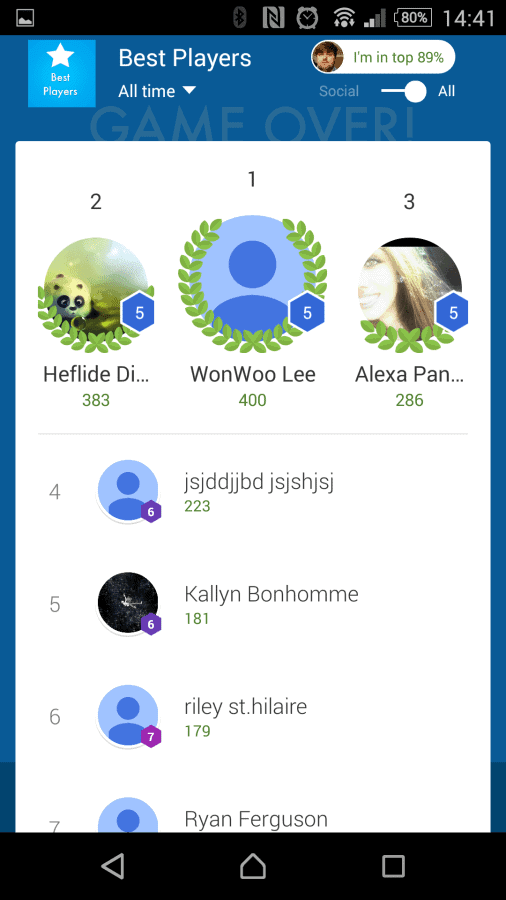 There's no getting around the fact that Circle Drop is an incredibly simple game. In a number of ways, this a major strength of Circle Drop's. It's hard to argue with the gameplay when there's not much to it, and the more simple a game is, the more addictive it becomes. Circle Drop's gameplay mechanic certainly takes some time getting used to, and there's a definite amount of luck at play here, which adds to the frustration, and the urge to keep on playing. I had a lot of fun here, but I do see some room to make the game more exciting. For instance, you could have a modifier that changes the direction of the red dots from the top, then from the bottom, or just the sides. This would add a further sense of urgency to the game, and make it even more dangerous for players to lose their nerve while playing.

Circle Dodge is a game that I'm sure many will try out and really enjoy, I know I did, but there's a lot of room for improvement. Not that the game is bad in any way, but that the red dot mechanic could be so flexible and make the game so much more exciting. Changing directions at a moment's notice would make those high scores more precious, and add a new dynamic to the game. As it is, Circle Dodge is a simple, entertaining game that those looking for a simple, tough challenge will definitely like.