Skip to content
Trusted By Millions
Independent, Expert Android News You Can Trust, Since 2010
Publishing More Android Than Anyone Else
35
Today
187
This Week
648
This Month
6605
This Year
124132
All Time

nPerf is a speedtest application for Android with a difference. It doesn’t just test your download and upload speeds, but rather the whole performance of your connection, be it 3G, 4G or WiFi. You can test your connections using servers all over the world up to 1 Gbps and nPerf tests your download and upload speeds, alongside everyday web browsing as well as video streaming from YouTube. Rather than simply telling you whether or not your connection is fast, nPerf gives you more insight into the overall performance of your connection and could help you see whether you need to switch provider or even if your WiFi router needs replacing. Those testing a mobile connection can do so without going over their limit by setting a limit in the settings. A great tool for those comparing speeds or those just curious, nPerf is well worth checking out, so let’s try it out.

As with many apps on Android, it’s best to get nPerf from the Play Store. Once you’ve downloaded the app, you’ll need to agree to the licensing terms. 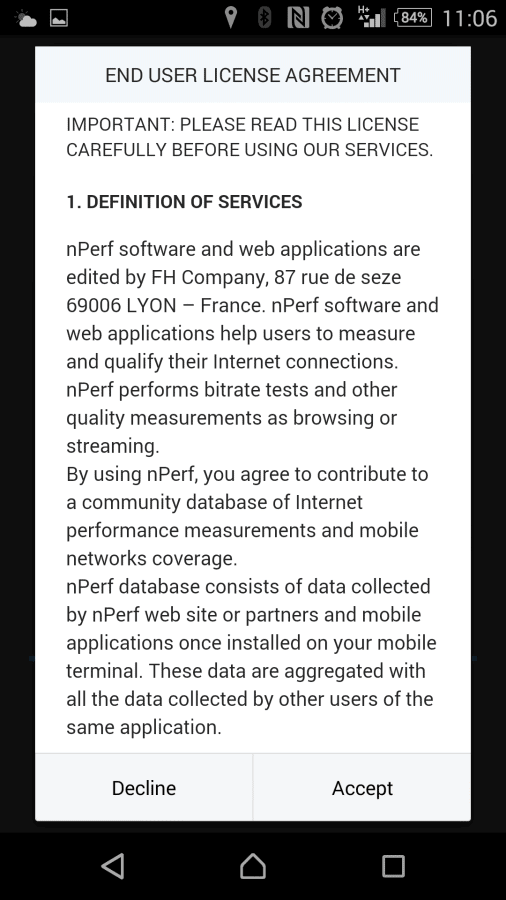 Once you’ve done that, you can go ahead and get the test started. I’m trying it on my Three network SIM in the UK, running on HSPA+. 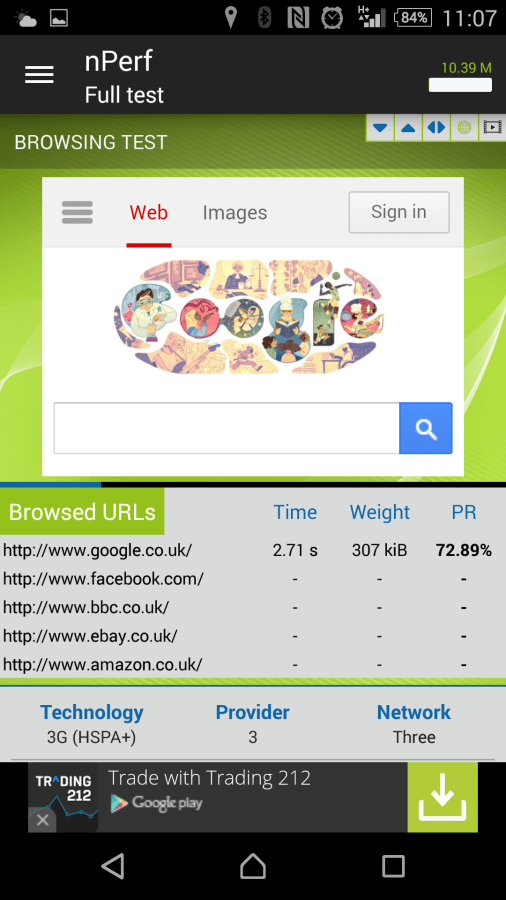 The above shot shows a real world browsing test and loads a handful of sites that someone in the UK is likely to load fairly often. In fact these are the top five websites browsed in each country, your list in Spain for instance will look different to mine. Then, the test moves on to video streaming. 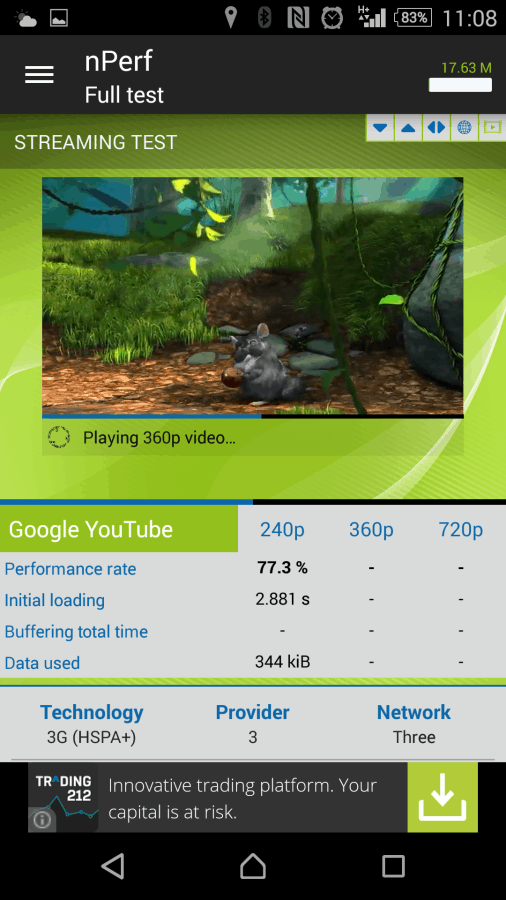 The video test streams a simple clip from YouTube in 240p, 360p and 720p, I would have liked to see a 1080p option for WiFi and 4G tests, but many will stick with 720p anyway. After these tests have been ran, you’re given a report card of how your connection fairs in a number of different tests and given an nPoints score. You can use this to compare your scores with others, too. 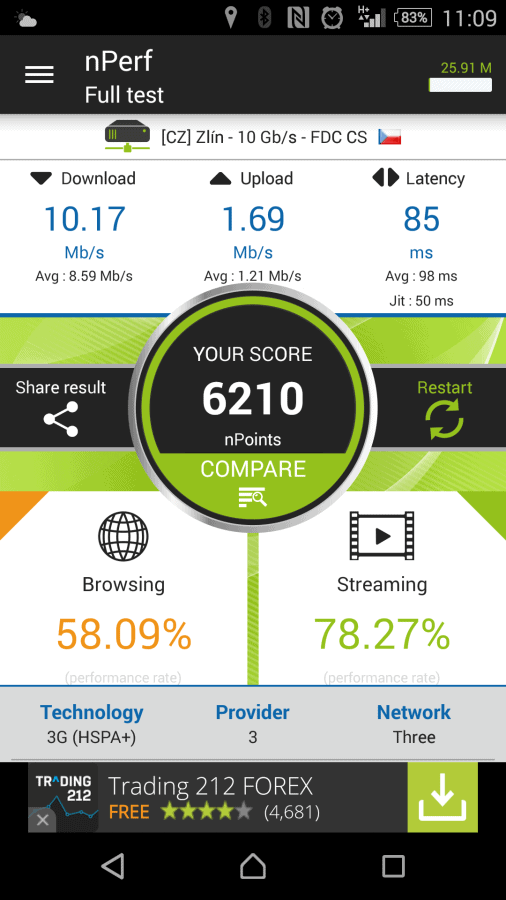 To see how nPerf would cope over a much faster connection, I tried it out on my Nexus 9, which is connected to a dual-band WiFi 802.11ac connection. My ISP provides me with a maximum of 152mbps, which I often reach easily on my computers. This was a good way of assessing my WiFi connection with the Nexus 9. 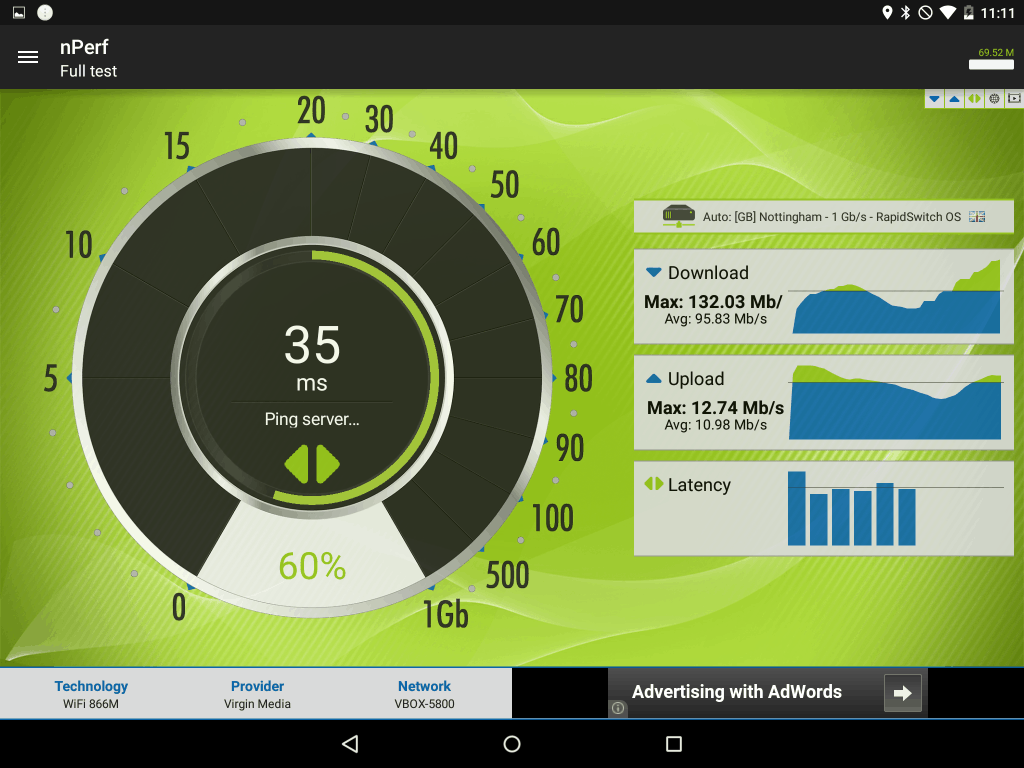 The overall test on the Nexus 9 gave me a much clearer picture of how my Nexus 9 performs over WiFi. I’m normally convinced that the WiFi chip in the Nexus 9 just isn’t that good, but clearly, I’m not giving it enough credit. 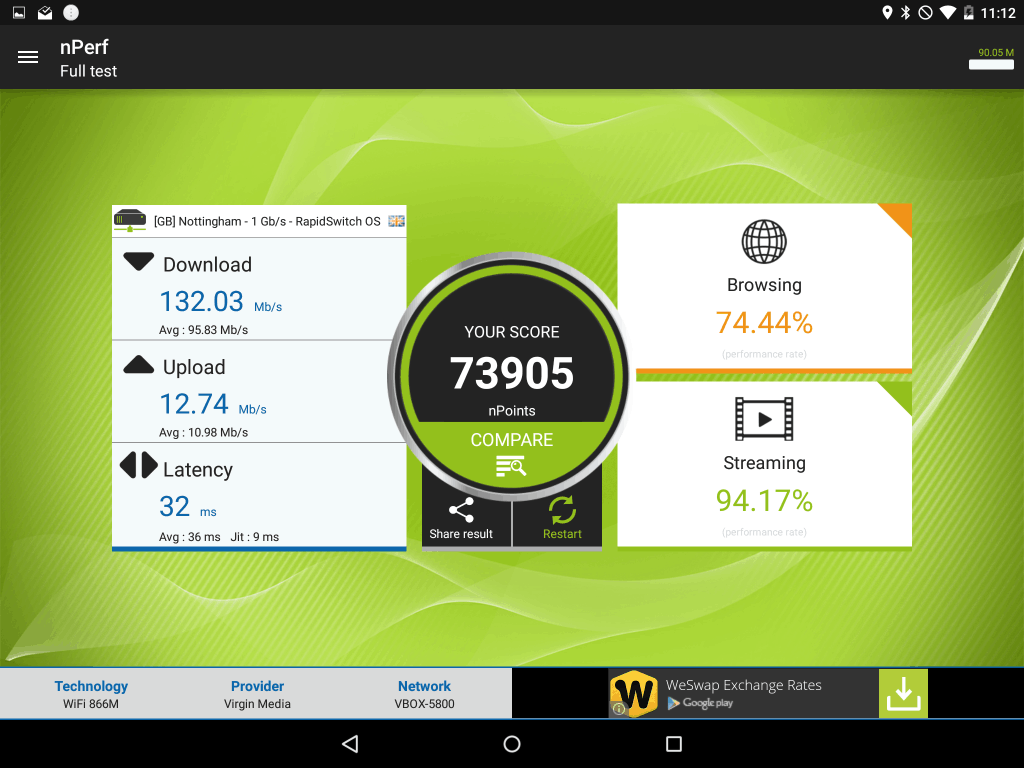 There are some extra settings, like the ability to set a data limit so that you don’t go over it when testing. nPerf uses less than half the data than other speedtest apps as well, so you won’t incur extra charges. 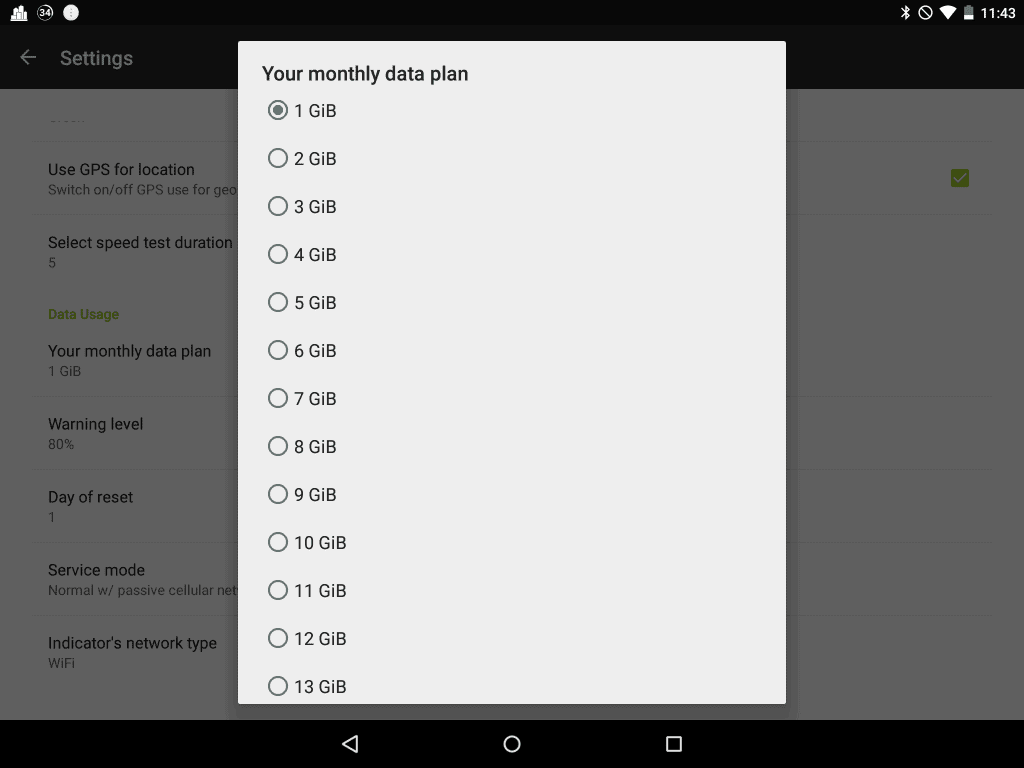 There’s also a premium subscription which is $2 a year that removes the ads and offers a slew of more advanced features. Including the ability to test your PLNM (Public Land Mobile Network) which is useful for those using an MVNO, features like LAC and Cell ID, too.

In my tests, nPerf gave me a much clearer picture of how my connection performed than say Ookla’s Speedtest.net app. For one thing, it actually went into landscape on my tablet, and instead of giving me two figures that might not mean anything to someone not as knowledgeable as I, nPerf lets me know how good my connection is for browsing the web and streaming video. There is room for growth here of course, a test of how quickly you can download an average Android app would be an excellent addition, for instance. The servers have bandwidth up to 40 Gbps and they’re very capable indeed. All-in-all, I was very impressed with nPerf, and I’ll be using it to troubleshoot my WiFi network from now on as well as showing off to friends when out and about.

nPerf has a lot of different features that give users a much clearer understanding of their connection and for mobile users, it’s great for this as it uses as much as half the amount of data that other speedtest apps do. If you’re the type of person that wants to know that you’re getting what you paid for and who wants to delve deeper into things like general performance and latency, then nPerf is an excellent application to do that with. It’s free, easy to use and won’t go over your monthly data cap. nPerf is a great speedtest application no matter your connection or question.