drupe is an Android app that aims to make it easier than ever to interact with the contacts on your Android device. drupe is an app that appears over any app you’re using, it’s always available to pull out from either edge of the display, and it allows you to interact with your recent and favorite contacts no matter which apps you use. With drupe you just drag a contacts bubble to the app you want to use, be it a Skype call, an SMS message, Google Hangouts or WhatsApp, you can do it all from one single app. It’s an elegant and efficient way to get in touch with people, but will it replace your existing contacts app? Read on to see.

To get started with drupe, all you need to do is to download the app from the Play Store, and then open it up. You’ll be introduced to what drupe is and how to get started. 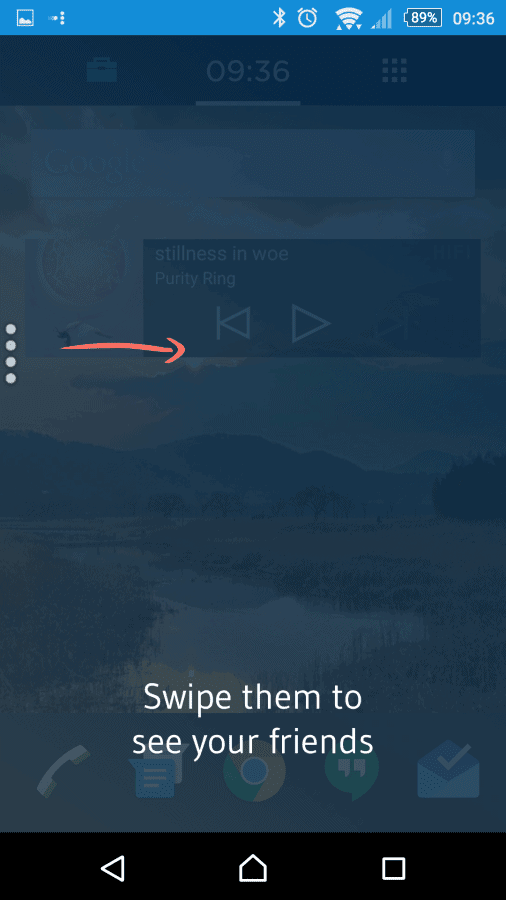 These dots are how you’ll be interacting with drupe, and you can press and hold on them to move their position, or to hide them if you wish. As a quick note, you can change these dots to appear on the left or right-hand side of the display and when watching videos or playing games they disappear automatically. 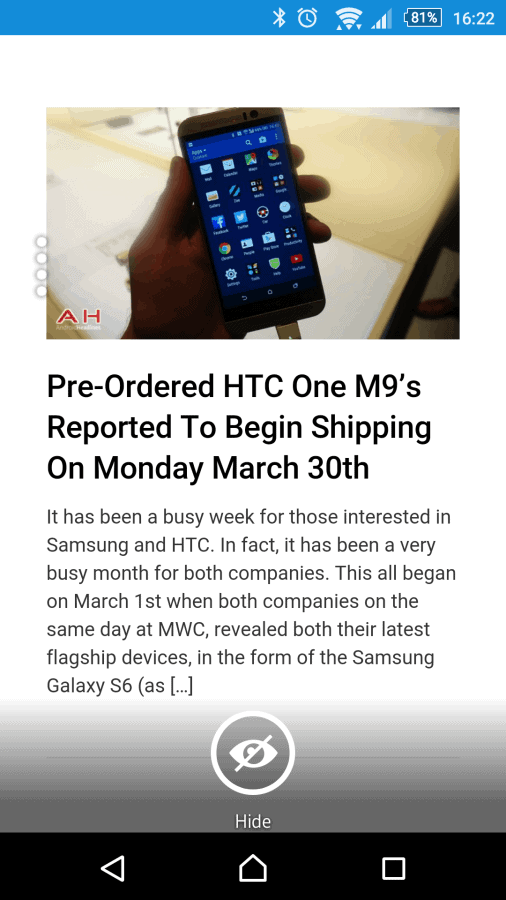 Interacting with your contacts is nice and simple. Here’s one of my best friends Simon, I just drag his picture from the left-hand side of drupe, and move him toward an app to interact with him. 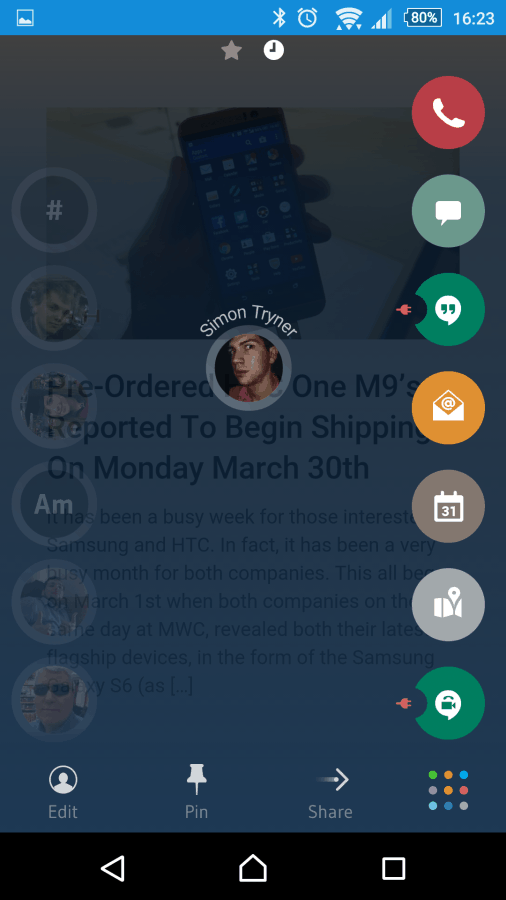 I often just send my friends an SMS message, so I can just drag him to the SMS icon. I can also drag him to the maps icon to navigate to his address, which I’m sure traveling salesman will find useful. You’ll notice a plug icon around the Hangouts bubble. This means that drupe has discovered several potential matches for Simon on Google Hangouts, and it wants me to confirm which one is the right Simon, in order to link them together, making it easier for me to interact with Simon. Once this is done, Simon’s identity on Google Hangouts is added to his contact, for future interactions. This applies to any of your contacts, and it makes it a lot easier to consolidate information into one contact. 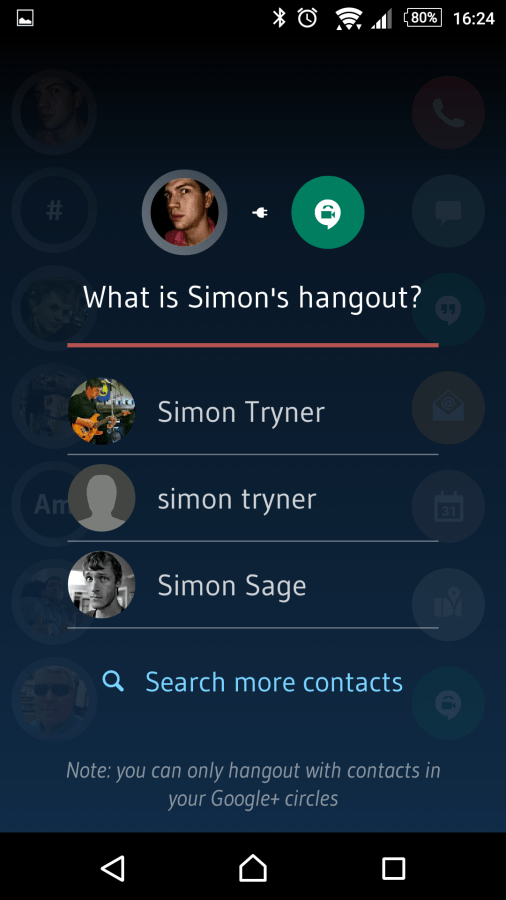 This applies to any of your contacts, and it makes it a lot easier to consolidate information into one contact. This is what the main menu of drupe looks like: 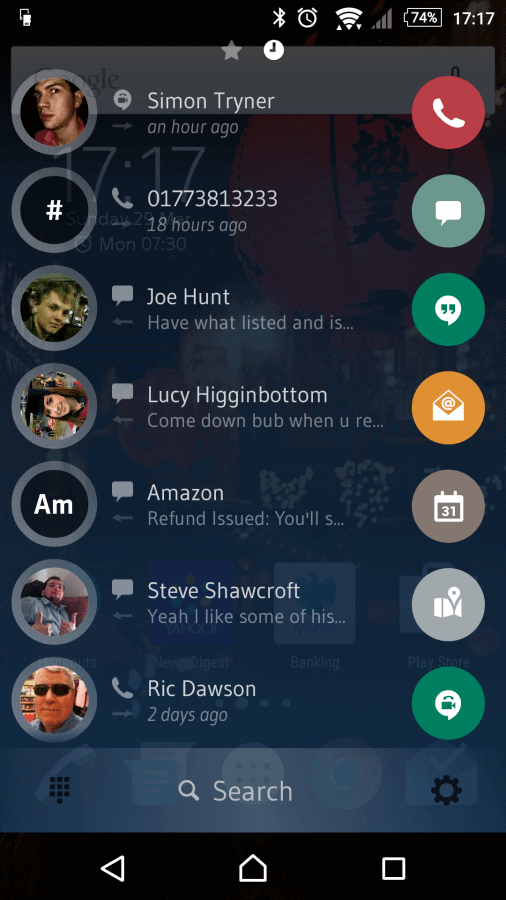 As you can see, there’s a whole lot of information here. I have the view set to “Recents”, showing me the last interaction with my friends and family be it a phone call or text message in chronological order. This is a really efficient way of doing things and it’s much more straightforward than your average phone app. The search bar at the bottom of the display is super-easy to use as well. 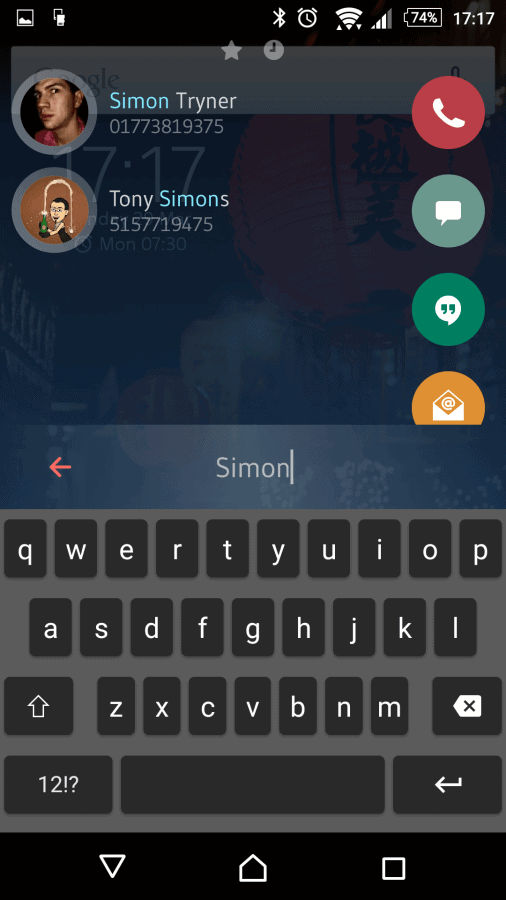 It’s so easy to use drupe that there’s little explanation needed, but there are helpful hints to make things easier for you as you get to grips with the app. 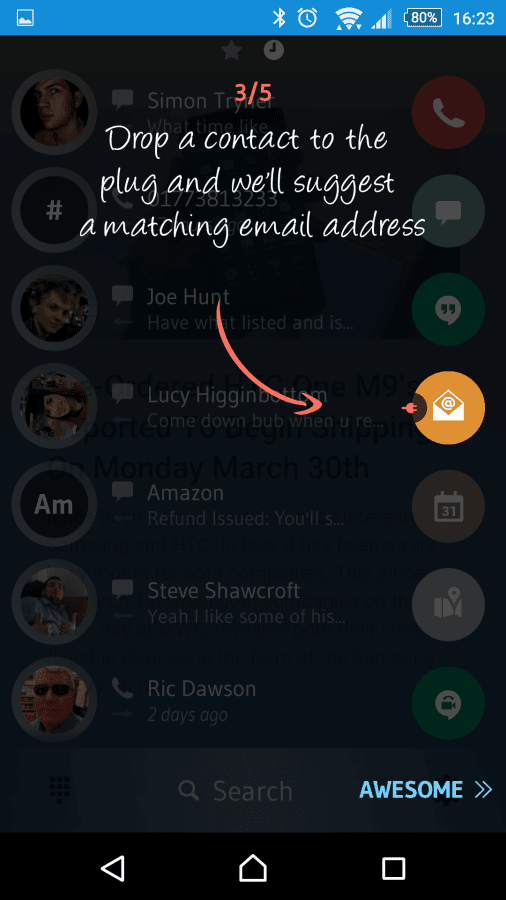 drupe works great no matter where you are in Android. As you saw above it works great when you’re in Chrome, but it also works great on your homescreen. 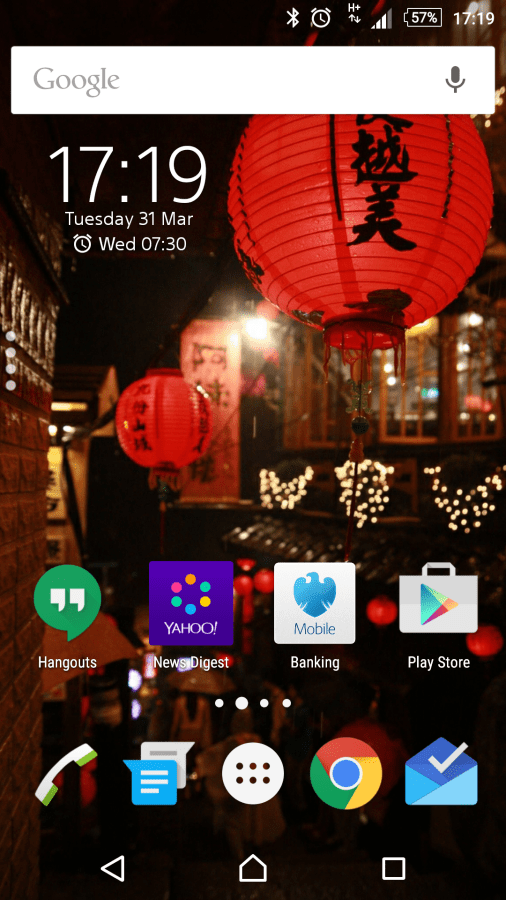 It also makes great use of your lock screen as well, with more settings available in the options to change how things look on your lock screen. This makes it much easier for me to phone someone or send a message from my phone. 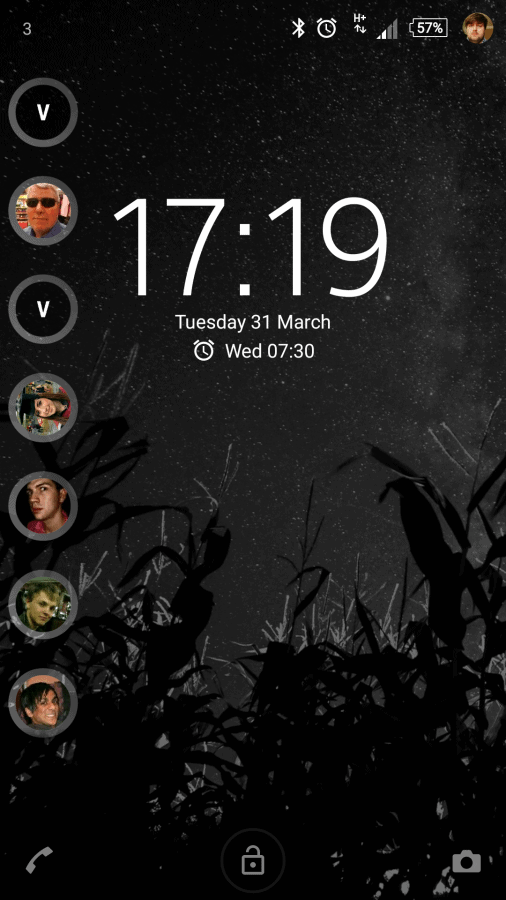 I’ve spent a lot of time trying out different contact apps on Android, and I often just resort back to the one that came with my device, mostly because the aftermarket apps just try to do too much and get in your way. That’s not the case at all with drupe. drupe doesn’t care what you use the app for, it doesn’t care which services you use and it doesn’t care how often you use it, it just works. For instance, I use Google Hangouts and SMS to talk to friends and family, I don’t use WhatsApp, Skype or anything else so I don’t see those in my drupe pullout. However, if I did, they would automatically be there for me. It’s nice to have what I use and what I need taken care of and streamlined, rather than something new pushed upon me. Plus, the idea of dragging a face to an app is just excellent. It’s common sense and it works exactly as you think it would, there’s no nasty surprises here.

drupe is an Android app that many will find very useful, indeed. It makes it easy to send one friend an SMS message and another a WhatsApp message from the same app. Similarly, you can call one contact using Skype and another using your phone number. No matter how you want to interact with your contacts, drupe makes it straightforward, obvious and most importantly; quicker.