Daikonaka ImageFuse Lite is an Android app that allows users to create something totally different from two images. You choose the two different images and then apply pins and guidelines to the images to choose which parts of the images are fused, the result is one part from the second image superimposed on to the first image. This is the ad supported version of the app, but still allows you to access the main features such as Warp & overlay 1st image over 2nd image, morph 1st and 2nd images into one image or Step-morph from 1st to 2nd image by producing image for each step. Daikonaka ImageFuse is an Android app that can be used for all sorts of different things, like the ability to make a new photo out of something you took the other day or just messing around with people's faces on different bodies – the choice is yours. 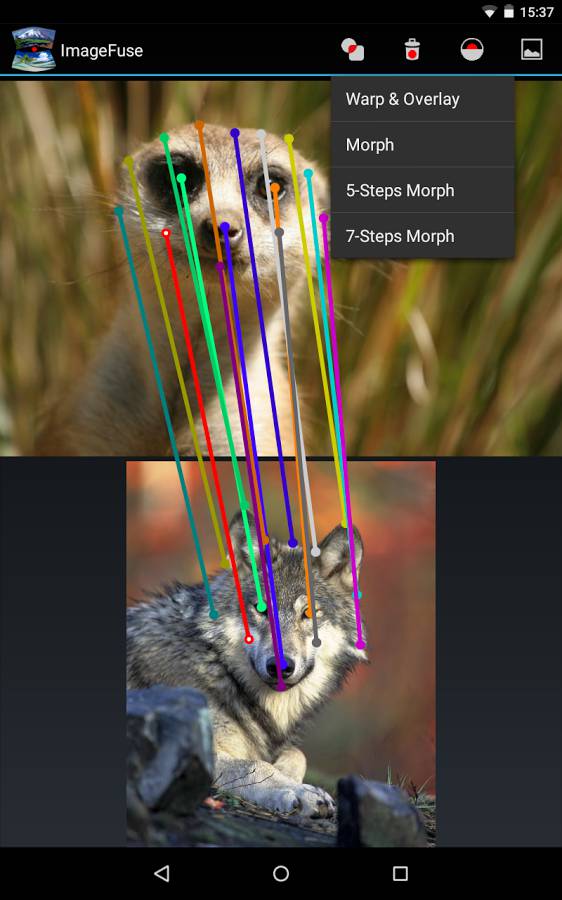 Then, you need to choose from one of the above methods to manipulate the two images. For instance, the image morphing technique makes it appear as though the meerkat's face has been applied to the wolf's body. 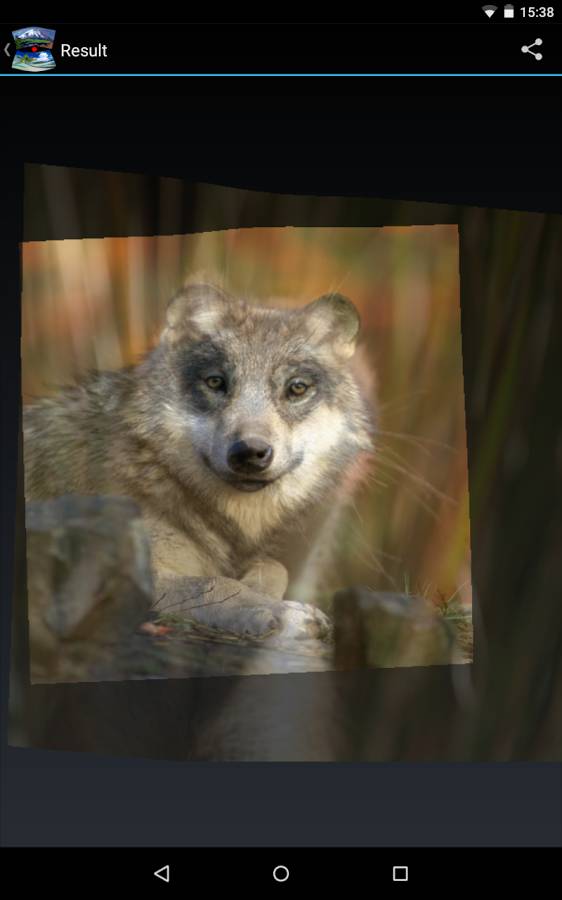 You can use as many dots and guides as you'd like in order to morph images together. Similar techniques to the image morphing used in ImageFuse are often used in movies for special effects and such. 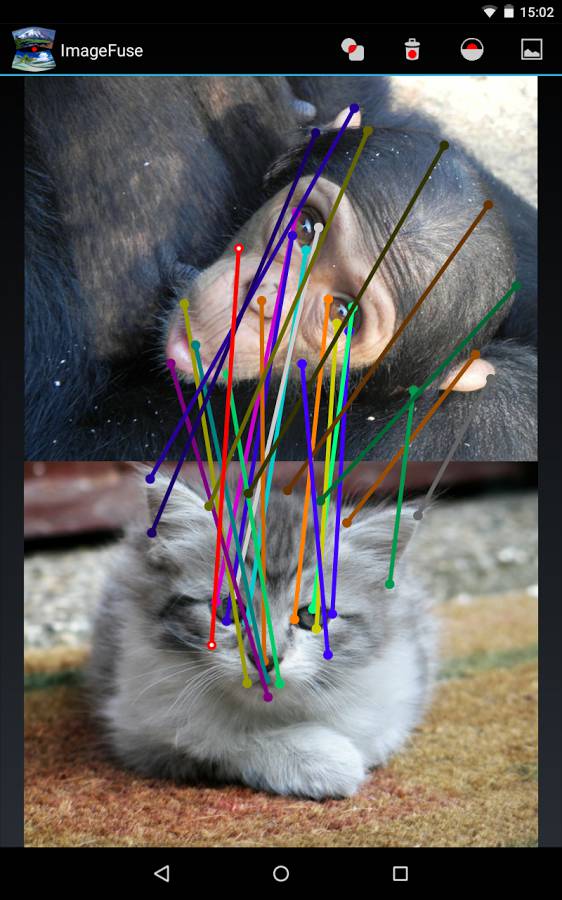 This seems a little complex, but you can get some really cool results, like these below: 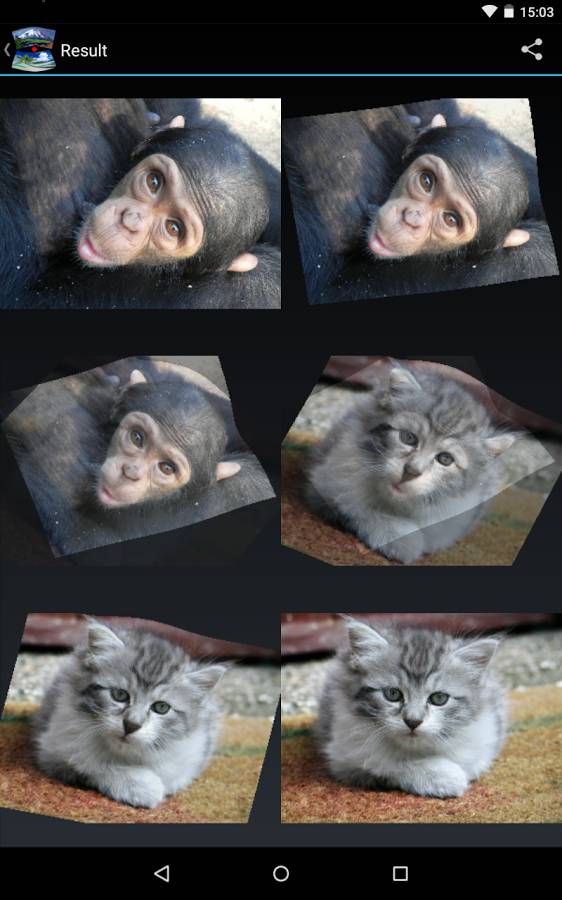 Once you feel like you have the hang of it, you can work with multiple images beyond just two. 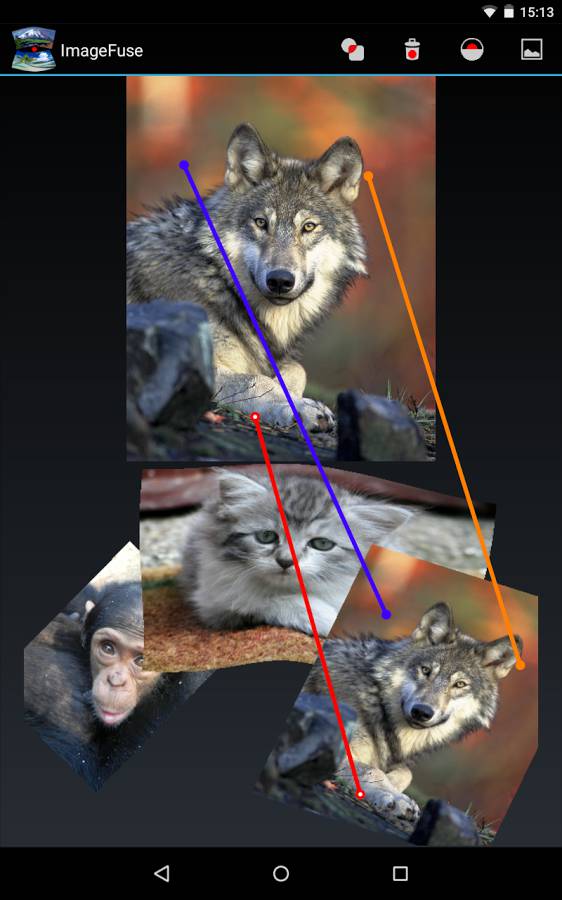 Daikonaka ImageFuse is undeniably an interesting tool, it can be used to manipulate images unlike many other apps however, I was a little lost at first. There's no tutorial here or even a guide and the app feels somewhat barebones when it comes to interacting with your images and important them into the app. I do think that there should be at least some sort of guidance included here, I'm someone who uses apps like Lightroom and Aperture quite often on the Mac and yet I had no idea how to use this. That could be because I'm not familiar with these sorts of image warp and image morphing techniques, however those familiar with them should find themselves able to do great things with images pretty quickly. Of course, I picked it up soon after, but an interactive tutorial would work wonders. Looking beyond that however, and you'll find an app that has a lot of potential to turn your images into something completely different and those interested in collages and that sort of things will really enjoy this.

All-in-all, Daikonaka ImageFuse is an app that has a lot of potential, the underlying technology is clearly here and it works well, however there's little on offer when it comes to the user interface which is somewhat difficult to use and not at all obvious to new users. With an interactive tutorial and a fresh UI with hooks on the left and right-hand side of the display, Daikonaka ImageFuse would be easier to use and more users could enjoy the excellent manipulation algorithms.