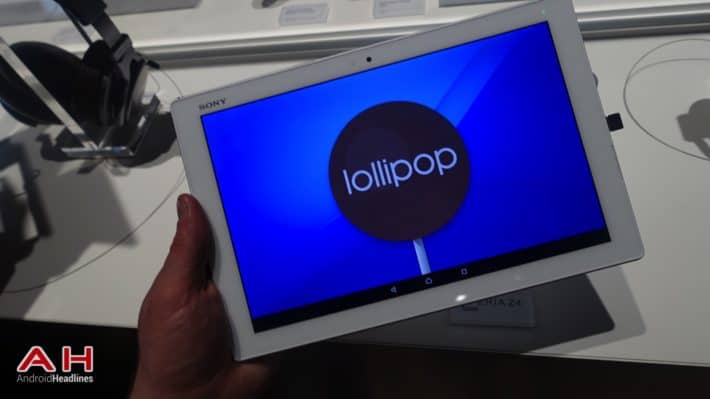 Sony didn’t have the Xperia Z4 to announce this week at Mobile World Congress, but instead jumped the gun and announced its tablet version, the Xperia Z4 Tablet. Following in the footsteps of the Xperia Z2 Tablet and the Xperia Z3 Tablet Compact, this features a similar design language, but adds some significant changes under-the-hood and as a result, it doesn’t look like this is going to be one of Sony’s cheaper tablets. The Sony Mobile site for France has been updated with a price for the Xperia Z4 Tablet, and it’s set to start at a sizeable â‚¬559.

That price tag gets you a 32GB model with that same killer Quad HD display at 2560 x 1600 as well as the Snapdragon 810 octa-core CPU and 3GB of RAM under-the-hood. Now, this is just for the WiFi-only model, if you want 4G LTE along with your fresh Sony tablet, then you’re looking at â‚¬659 and if you want the Bluetooth keyboard to go with it, the price jumps up again to â‚¬759. Confusingly, the keyboard is listed as â‚¬180 on its own, that is one pricey keyboard accessory. Having said that, the keyboard accessory does go neatly with the Xperia Z4 Tablet and this is a pretty powerful tablet, as well as being exceedingly thin at just 6.1mm thick and weighing just 389g.

To put things in perspective, the Nexus 9 starts at â‚¬349 on Amazon France, although this is for a 16GB version. The 32GB LTE model is roughly â‚¬540, much cheaper than the â‚¬659 from Sony. I’m comparing to the Nexus 9, because it’s a Lollipop-powered tablet that offers a similar resolution of 2048 x 1536 and is perhaps the latest tablet to compare against the Xperia Z4 Tablet. Still, the Xperia Z4 Tablet does have a lot going in its favor; it’s a 16:9 tablet so it’s already better for watching TV and movies and it’s arguably put together better, what with being a premium Sony product and all. Those interested can take a look at Sony’s website in the source below.