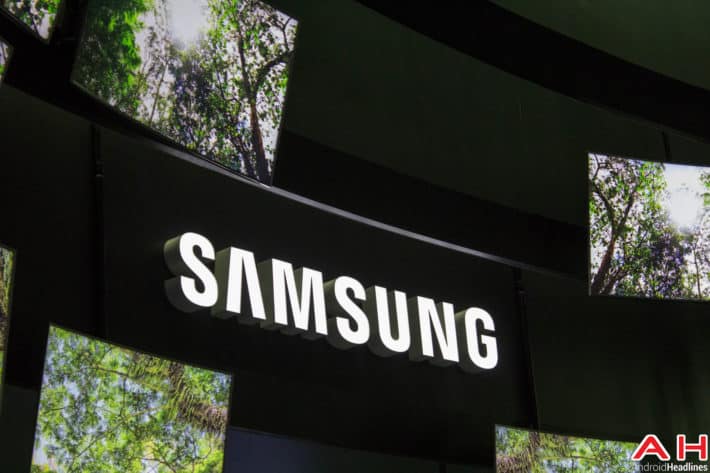 Samsung along with many other top name mobile brands were at Mobile World Congress this week, showing off the latest and greatest they had to offer, most of which will be available to purchase by consumers later on this year. Samsung showed off their newest upcoming smartphones at the event, the Galaxy S6 and the Galaxy S6 Edge, both of which will debut with their mobile payment solution set to rival Apple Pay, appropriately called Samsung Pay. Samsung Pay is the result of Samsung's acquisition of LoopPay, a mobile payment solution that has been available on Android for a short time and is built on a technology called MST developed by LoopPay themselves.

The MST technology is what Samsung Pay will utilize to be compatible with reportedly millions of retailers nationwide when it rolls out alongside the Galaxy S6 and Galaxy S6 Edge beginning this April, first in the North American and South Korean markets. For anyone that was interested in seeing just how Samsung Pay works, CNET was able to test it out at the Samsung booth during the conference this week. Using Samsung Pay starts just like any other mobile payment solution, you'll have to add a card to the service so that it can use that as a primary form of payment at compatible terminals. This can be done by either entering in your card information manually, or you can use the rear facing camera to scan the image of the card which will transport your data in automatically.

Once you're out at any number of soon to be compatible retail locations you can access your cards pretty painlessly, just by simply swiping up from the bottom of the screen to reveal any cards you have imported into Samsung Pay, which you can then scroll through by swiping left or right to select, and then that's it. From here users can proceed to pay by tapping their phone on an additional NFC enabled accessory that can be plugged into POS terminals, or they can place the back of the phone up to the magnetic stripe reader where consumers would normally slide their cards if they were paying with their cards physically. Samsung gives you access to your purchase history too of course, and this can be found by entering into the Samsung Pay application but whenever users make purchases with Samsung Pay, a notification with your e-receipt will find its way to your notification tray as well where they can be checked immediately.