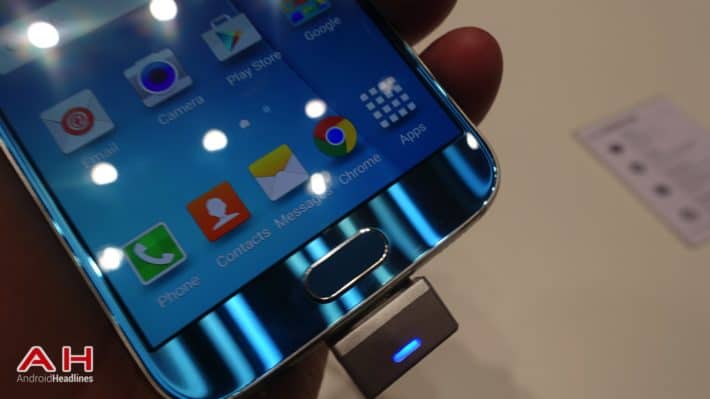 Samsung likes to give away free stuff with their phones. The Galaxy Apps gift list has a bunch of free apps you can download, and some of those are premium versions of top-tier apps. The Galaxy S6 and Galaxy S6 Edge will come with 22 premium apps that you can download for free from Galaxy Apps. These are not bloatware, though as you’ll need to go into Galaxy Apps and download them for yourself. This is a great setup because the apps don’t come pre-installed. Samsung lets you pick and choose the ones you want. The list of free apps is impressive and includes VSCO, Magisto, Pac-Man Friends, The Hobbit: Kingdoms, Dragons of Atlantis: Heirs, NYTimes, The Economist, Kindle for Samsung, Audible, Workout Trainer, Endomondo, Uber, Keepy, PayPal, Life360, LastPass, Shazam, Fleksy, Evernote, Pocket, Parallels Access, Hancom Office.

Some of those are subscriptions, like the New York Times and Audible, while some are simply premium ad-free versions of apps like Shazam and VSCO. The Galaxy S6 and Galaxy S6 Edge come loaded up with Samsung’s music service, Milk Music, and Milk Video as well. They also partnered with Microsoft to pre-load at least three Microsoft apps including OneNote, OneDrive, and Skype on both of these devices. These apps are already installed on the device and could be considered bloatware by some.

The Galaxy S6 has a 5.1-inch QuadHD Super AMOLED display with a 2560 x 1440, 577 ppi, resolution on the front, while it ships with 3GB of LPDDR4 RAM and multiple storage options, you can choose between 32GB, 64GB and 128GB models. The flash memory that Samsung used here is actually the company’s newest UFS 2.0 units which allegedly work 2.7 times faster than the regular eMMC 5.0 units used in today’s smartphones. Samsung’s very own Exynos 7420 processor (quad-core 2.1GHz + quad-core 1.5GHz) is powering this beast, a 64-bit octa-core processor built using 14nm process. This chip handles power consumption like a champ according to Samsung, it has 30-35% better battery life compared to 20nm chips that are currently out in the market. Mali T760 MP8 GPU ships with this SoC and is in charge of graphics processing. 2,550mAh and 2,600 batteries (quick charging technology included) ship with Galaxy S6 and S6 Edge respectively, and should be enough to last you through the day in combination with Samsung’s newest chip.